No items found.
Product is not available in this quantity.
The Orange
Citrus Apocalypse?
The battle to save Californian oranges: facing HLB head on.
Karla Lant
12/6/2017 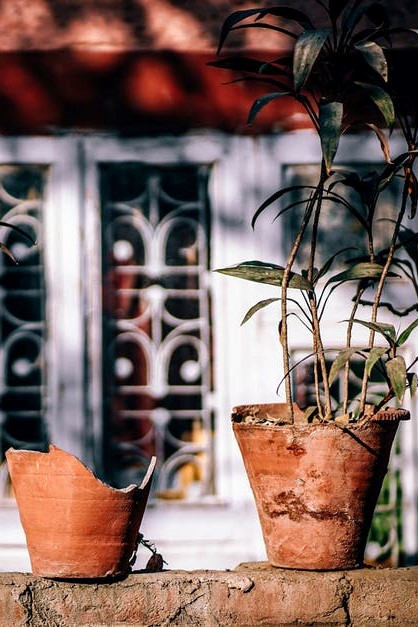 Florida. 2016. Sterile fields are home to lines of barren trees. Once rows upon rows of lush greenery, baring brilliant yellow and orange citrus fruits, these abandoned fields are no longer gold mines for the orange industry. Instead, weeds entangle themselves in the infected roots of stunted trees.

The trees in these abandoned fields fell prey to HLB (Huanglongbing or citrus greening). The bacterial disease, carried by the Asian Citrus Psyllid insect, has decimated Florida’s citrus industry. The psyllids feed on citrus stems and leaves, infecting the trees with the bacteria that causes HLB. By 2016, the Florida citrus crop was less than one-third of what it had been years earlier. This year, Florida will produce the smallest crop in 50 years.

“Last year, Florida produced 70 million boxes of citrus,” said Georgios Vidalakis, University of California, Riverside Extension Specialist in Plant Pathology and Director of Citrus Clonal Protection Program (CCP). “They used to produce hundreds of millions of boxes of citrus. This year, because of the hurricane as well, they’re going to drop below 50 million boxes – which is unheard of.”

This citrus-epidemic can be traced as far back as 1998. As a result of this invasive species, Florida has lost nearly half of its productive acres and Vidalakis estimates that 8,000 people have lost their livelihoods. For the first time, Florida’s citrus production will be overtaken by California.

“You can consider other citrus diseases as if they’re the flu or common cold,” Vidalakis said. “Well, this is pancreatic cancer. This is the real deal. There is no joking around with this disease. It will take you out.”

However, California is not celebrating. The Golden State is aware of the threat posed by HLB.

“You can consider other citrus diseases as if they’re the flu or common cold,” Vidalakis said. “Well, this is pancreatic cancer. This is the real deal. There is no joking around with this disease. It will take you out.”

Armed with the invaluable foresight from Florida’s experience, California is mounting its defences. The Californian citrus industry won’t fall prey to HLB without a fight.

The results were devastating.

“Florida historically has always produced about 80 per cent of the national product,” said Vidalakis. “And California was always in the neighborhood of 20 per cent. This year, California beat Florida, this year we will produce 51 per cent of the citrus for the nation, and Florida dropped to about 48 per cent. So that tells you how catastrophic this has been.”

According to Angela McMellen-Brannigan, APHIS National Policy Manager for the Huanglongbing Multi-Agency Coordination (HLB-MAC) Group, the damage incurred by these crops had ripple effects across the industry and the community.

“[Due to] Florida losing nearly half of its productive acres, citrus production is more expensive and impacting growers and consumers. To maintain productivity in the face of citrus greening, producers must manage their groves much more intensively in terms of pest control and nutrition for the trees.”

Vidalakis states that HLB increases the cost of farming two or three-fold. Accordingly, estimates in Brazil (where HLB has also taken its fair share of victims) show that costs per acre have tripled. In Florida, costs are four times higher.

Furthermore, while HLB is devastating to all groups within the citrus industry, it is especially dangerous to small farmers, and not just because of increased production costs. For reasons that are not well-known but appear to be related to sunlight, the psyllid primarily stays within the first few rows of a farm. Therefore, the edge is primarily where the sick trees exist and where the psyllid is attracted. On large farms, these first few rows can be sacrificed and energy can be focused on spraying for the psyllid and removing trees. Therefore, further into the farm, they have a relatively healthy and standard management goal. However, for small farmers, two hundred meters may well be most or all their land, leaving no opportunity for this kind of management.

Vidalakis states that HLB increases the cost of farming two or three-fold. Accordingly, estimates in Brazil (where HLB has also taken its fair share of victims) show that costs per acre have tripled. In Florida, costs are four times higher.

“And it's happening in Florida already,” said Videalakis. “The small farmers basically go out of business, and the face of the citrus industry will change to be these big, big farms because they will be the only ones to weather this storm.

Faced with the decimation of crop yields, the extinction of small farmers and the threat of increased production costs, California is meeting the HLB ‘epidemic’ head-on.

It was transparent to Vidalakis and his team at CCP that the key to staving off the disease was going to be educating the public, because in the end, the most effective vector for the psyllid is the human being. If people understood the issues, they would assist scientists and public officials in the efforts; if they didn't, they might resist, thwarting the process and reducing the chances of success.

The race was on to build trust with the public before the bacteria bearing bug could reach the borders of the Golden State.

The combined efforts of the CCP and the citrus industry combatted HLB from every angle. Vidalakis and a team of scientists kicked off their campaign in 2006 by travelling the globe, searching for solutions. Armed with a grant from UCANR, University of California Agriculture Natural Resources, they started producing pamphlets and educational material. The industry hired PR people to craft careful messaging that would resonate with the public. One message was to refrain from calling HLB ‘greening’, due to positive, sustainable associations. Hence ‘greening’ was named HLB, a name close enough to HIV to communicate the serious threat posed by the disease.

The race was on to build trust with the public before the bacteria bearing bug could reach the borders of the Golden State.

Yet, the challenge is immense. Like a cancer whereby a single cell can cause a fatal chain reaction, HLB can invade a territory through a single host who innocently hopes to import a family plant into a new state.

Hence, researchers are working to find out ways to weather the disease in the short-term, ramp production back up in the medium term, and cure the disease in the long term. One of the solutions is multiple varieties of citrus or root stocks that make a tree tolerant and more resistant to the disease.

“This is not the first epidemic in the citrus industry,” said Vidalakis. “Epidemics are solved by a resistant variety of root stock and by varieties that survived the stress. That’s the way to move forward.”

Eventually citrus breeding and citrus editing, using the CRISPR-9 gene editing tool, may provide the industry with the ultimate answers. Plants that don't need 30 sprays annually but can weather the disease would change the face of the industry. If this sounds a little bit like the future of medicine for humans, who will perhaps have genes with cancer, for example, edited out of them, you're right on target.

“This is not the first epidemic in the citrus industry,” said Vidalakis. “Epidemics are solved by a resistant variety of root stock and by varieties that survived the stress. That’s the way to move forward.”

“Absolutely, that's what it is!” said Vidalakis. “Plant pathology mirrors human medicine perfectly, and crosses are happening frequently, as technologies from animals transfer to plants and vice versa. DNA is DNA; molecular biology is molecular biology. It doesn't matter where it comes from.”

In the meantime, a broader educational goal for people like Vidalakis is helping members of the public understand the importance of biodiversity and the fragility of local ecosystems. Invasive species have the potential to wipe out entire crops, and shatter the balance achieved over millennia by any given ecosystem. And while being stopped at the border and asked about fruit and plants may seem like a nothing event, we all need to realize just how much impact we humans have as disease vectors—and take charge of our power to halt the spread of plant diseases.

“This is important. This is not trivial,” said Vidalakis. “This can eliminate citrus from our diet, basically, as we know it. And in the process, communities are affected.”