No items found.
Product is not available in this quantity.
The Egg
GMO Eggs Clash with Cancer
Japanese researchers are transforming eggs into cancer drug factories.
Karla Lant
11/1/2017 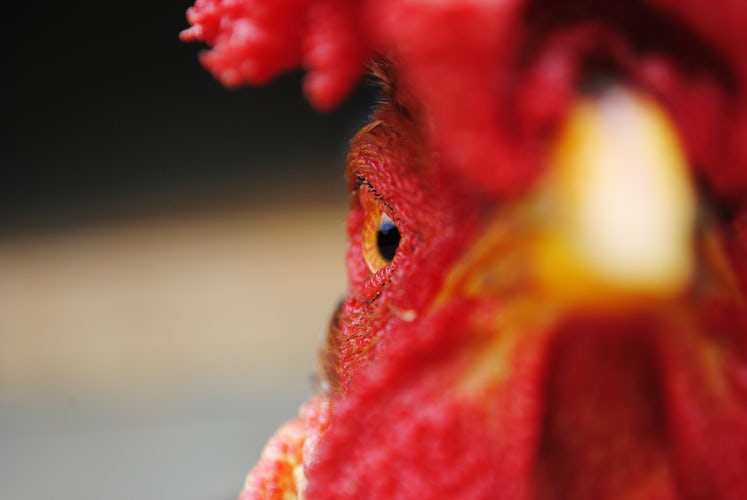 In a glass-paned building located on the scenic Tokyo waterfront, a team of scientists are reimagining the once humble chicken egg, transforming it into a medical tool with promising implications for cancer treatment.

With promising implications for cancer treatment costs, the cutting-edge technology aims to relieve individuals and society from a debilitating and fatal financial burden. However, the practice of manipulating and utilizing animals for human gain comes with a host of bioethical questions worth exploring.

The Climbing Costs of Cancer

Between 2011 and 2013, newly approved drugs for treating cancer cost US $10,761 on average—per month. By the end of 2016 that average cost number climbed to about $13,000, and the price tag can be as high as $60,000 for monthly treatments with some drugs. Across Canada, many people have lost their livelihoods and homes paying for their cancer treatments, because out of pocket costs for cancer care varies significantly from province to province.

The situation is even worse in the US, where medical debt is the number one reason for filing bankruptcy. A 2016 study on cancer survivors in the US found that one-third of working-age cancer survivors go into debt, and 3 per cent file for bankruptcy—and this is no surprise, given that compared to other healthcare expenses, cancer care costs have increased two to three times faster.

In short, although cancer has technically become far more treatable, from a practical standpoint, cost is keeping solutions out of reach.

To complicate the issue, many new treatments are not as effective as their hefty price tag would suggest. The Hamilton Spectator reported, “Of the 12 new cancer drugs approved by the U.S. Food and Drug Administration in 2012, 11 were priced above $100,000 US per patient annually. Only three were found to improve patient survival rates and, of those, two increased survival by less than two months on average.”

To add insult to injury,  human lifespans are increasing, and cancer is disproportionately a disease of the aged. For all of these reasons, there is a desperate need for cancer drugs that work and are affordable.

Harnessing the Power of the Human Immune System

Immunotherapy is one treatment area that appears to be living up to its promise in terms of effectiveness. That's because the various techniques under the immunotherapy umbrella attack cancer where it has traditionally defeated the human immune system: its ability to cloak malignant cells so they appear harmless, fooling immune system defenses. Immunotherapy techniques capitalize on how the immune system works and empower it to defeat cancer. These techniques remain, however, extremely costly.

Interferons are a class of proteins that occur naturally in the body and are used in immunotherapy to treat various kinds of diseases, including cancer. Interferon beta, one sub-type of protein that can treat multiple sclerosis (MS), hepatitis, and other diseases, is astronomically expensive.

According to Frontline Genomics, a few micro-grams of the protein can cost hundreds of dollars. CNN reports that interferon beta costs between $300 and $1,000 per single microgram, according to Cosmo Bio, a pharmaceutical company. Treatment for MS, for example, demand at least 30 micrograms of the interferon and increase from there.

Interferon beta is costly because of how it must be made. Conventionally, the protein requires large sterile facilities for production, and these in turn require a massive investment to build, maintain, and run. Manufacturing the interferon protein molecule also demands strict quality control, another step that adds to the expense of the production process.

In the past, scientists have produced interferon for treating MS from the ovary cells of hamsters, and from bacteria, but never with any real success. The quality of interferon produced in these alternative ways is subpar and there remains no proven way to mass produce, especially when the product does not warrant huge production.

The search for an effective, scalable method for producing interferons brought Japanese scientists at the National Institute of Advanced Industrial Science and Technology (AIST) to the egg—the chicken egg, to be specific.

Since eggs can function as a sterile, protein-producing system, they are a potentially useful source of interferons. This is especially true given the proven scalability of egg production.

The team is harnessing the gene-editing tool CRISPR to add modified genes to roosters. Several generations later, the researchers have produced hens that are laying eggs with interferon beta inside them.

As researcher refine the new breed they've created, they hope to be able to harvest up to 100 milligrams of the protein from a single egg. If they can, they'll be able to sell it to pharmaceutical companies and reduce the cost of interferon beta by 90 percent.

Assuming they master this process, they will turn to production of human antibodies using the same technique, and other interferons, including interferon alpha, which fights cancer.

The Bioethics of the Drug-Laden Egg

Despite this potential, the practice of genetically modifying chickens to lay drug charged eggs is laden with bioethical challenges.

For example, using animals solely to meet human needs is fraught with cruelty concerns. Of all methods of egg farming, only “Animal Welfare Approved” eggs are independently certified by the independent, nonprofit Animal Welfare Institute, meeting the highest standard for animal welfare of any program involving third-party auditing. While hens under the certification of the Animal Welfare Institute have continuous outdoor access and live cage free, non certified farms often keep hens in small cages and enact forced molting, a practice that typically involves the removal of food and/or water for seven to 14 days to reinvigorate egg-laying.

Would hens modified to lay medical eggs be raised and maintained under humane conditions? It seems highly unlikely. Although Japan, like the US, is subject to strict regulatory standards for pharmaceuticals, these regulations do not include animal welfare provisions.

Furthermore, even if these chickens were living under these maximally humane conditions, is it ethical to genetically modify a species for human gain?

Some thinkers, such as University of Oxford professor of practical ethics Julian Savulescu, believe that humans actually have a moral obligation to enhance ourselves biologically. Part of this, he argues, includes overcoming our moral limitations—and even objections to technologies based on “unnatural” results. According to Savulescu, when it comes to enhancing human biology, there should also be no differentiation between artificial and natural forms of life. For example, it is equally ethical to have an artificial intelligence-powered robot “slave” and chimpanzee “slave” care for those with dementia, so long as that 'slave' is content. In Savulescu’s view, the mere presence of naturally-occurring life should not prohibit us from using something or someone to overcome our naturally-occurring fatalities, such as cancer.

However, animal cruelty isn't the only argument. Current egg production farming is unsustainable; it produces greenhouse gas emissions and waste, and in the end less healthful eggs. For drug eggs that maintain their health advantage, conditions will need to be better, but can production really be sustainable? As the quantities required by the medical community will be smaller than those demanded by the carnivorous Western diet, perhaps sustainable egg production will be possible. However, this remains to be seen.

If the researchers succeed with their interferon eggs, what will this mean for other drugs and human nutrition generally? We already enrich our food for improved nutrition (with varying levels of success), from Vitamin D in milk to omega-3s in margarine. Researchers are also modifying plants to improve nutrition and for other reasons; perhaps modifying animals isn't such a large step.

There's no question about the cruelty of a system that denies life-saving care to people based on their ability to pay. However, the means of counteracting that cruelty—in this case, by genetically modifying hens to lay drug-laden eggs—themselves prompt their own bio ethical questions.

As scientific advancements transform the way we approach food, treat animals, and measure our own mortality, as responsible individuals we cannot be swept away by the sensational promise of overcoming that which has always debilitated us, however tempting that may be. Ethical discussion must take center stage.

AIST were contacted for comment, but the media relations office declined on behalf of the researchers, who are currently composing their findings for academic publication.