No items found.
Product is not available in this quantity.
The Orange
The Sun Sets on the Orange Juice Empire
Has the reign of Tropicana and Minute Maid come to an end?
Chris Hergesheimer
12/5/2017 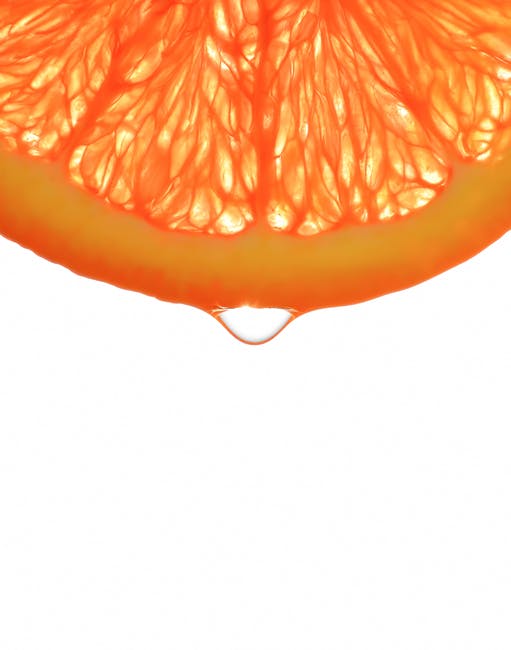 Painted on the walls in ancient caves, printed onto papyrus scrolls, told in rhyming couplets, echoing through the great halls of castles, or more recently cataloged in quarterly reports, every great empire has its story. The story of how orange juice conquered beverage aisles and breakfast tables is no exception. However, the Orange Juice empire is also a typical power structure in one other way: it too will tumble to the ground.

But from where should we start to spin this yarn, dear reader? Should we begin in the age of exploration that was responsible for bringing oranges from tropical Asia, India and the Middle East to a new breeding ground in the Americas and to the tables of European royalty? Or should we begin with the merchant-shipping act of 1867, which required every sailing ship to have citrus juice on board to prevent scurvy? Yes, indeed, oranges were pivotal in the rise of mercantilism and the spread of empire.

Or should we begin, as do some accounts, with a 1920’s biochemist named Elmer McCollum who warned against vitamin-deficient diets and thus gave marketing power to a slowing orange growing industry in America? Almost, but this 1920’s juice was boiled, canned, and old, resembling little of what we know (or think we know) about the sweetness of our favorite breakfast juice. Hardly a marketable breakfast product.

To trace the imperialism of orange juice, we need only concentrate on the small town of Bradenton, Florida and an Italian man named Anthony T. Rossi.

Inspired by the scientific quest to provide a more palatable vitamin C delivery system for soldiers fighting overseas, by 1948 Rossi had pioneered ‘modern’ pasteurization, packaging and transportation processes for orange juice. Orange overproduction could now be absorbed. Orange juice could now taste ‘fresh’. Orange juice as concentrate could be on a breakfast table during a Minnesota winter. Rossi has tapped a frozen goldmine. He went on to found what would become the Tropicana Company, the company responsible for ‘putting the “good” in morning’.

To trace the imperialism of orange juice, we need only concentrate on the small town of Bradenton, Florida and an Italian man named Anthony T. Rossi.

Meanwhile, rivals watched Tropicana’s empire expanding. The Minute Maid company had been hard at work in Boston on their own concentrate processes since the post war era. By 1952, their ad’s claimed that “187,000 physicians now have the facts... Minute Maid’s fresh frozen orange juice was healthier than home squeezed juice”. By the 1960’s, they were in the grip of the Coca-Cola Company. And while they had the first version of a ready to drink orange juice in 1973—the shot that officially started the Tropicana vs. Minute Maid war— it wasn’t until 1988 that Minute Maid announced it would be releasing a ready-to-drink orange juice that would directly challenge the market dominance of Tropicana. They were done playing second fiddle. Minute Maid president Ralph Cooper is reported to have said ''We want to own breakfast every day [and] own the lunch box every day”. Tropicana was no longer safe behind their walls. The barbarians were pounding at the gates.

Tropicana’s only choice was to protect itself through an alliance. In 1988, Pepsi acquired the company for 3.3 billion. Now fortified behind the ramparts of an equally powerful multi-national, the proxy cola wars—those fought for products beyond colored, carbonated sugar water— and for control of the breakfast table, had truly begun. By the early 1990s ready to drink Orange Juice “not from concentrate” hit the mainstream market. And while Tropicana and Minute Maid skirmished over shelf space, market share and economic returns, their collective orange juice empire had the fuel to expand at a rapid pace.

Minute Maid president Ralph Cooper is reported to have said "we want to own breakfast every day [and] own the lunch box every day." Tropicana was no longer safe behind their walls. The barbarians were pounding at the gates.

Over the next two and a half decades, Tropicana and Minute Maid continued their supermarket and boardroom rivalry. Stock values rose and fell. Millions were dumped into marketing campaigns designed to win the hearts and minds (and dollars) of consumers looking for the health benefits of Orange Juice. An orange with a straw stuck into it. A bottle wrapped in an orange peel, dangling from a tree branch in a bucolic orchard. Sunshine. Orange blossoms. Orange juice was natural, healthy and simple. It made children smile. Doctors, nutritionists, governments all stood behind these messages.

By 2010, the two companies were still sparring for control of the empire. Empire control became a numbers game with razor thin margins; thousands of hectares in production, gallons of juice exported, supermarket sales records, overall net worth. Minute Maid had slightly higher net worth (11 Billion versus 8 billion). Tropicana ruled the US markets. But Minute Maid’s expansionist philosophy had served them well, giving them 8% more control over the international market. Tropicana reported 930 million U.S. dollars worth of sales in 2016, Minute maid just slightly behind.

Despite 647 million dollars worth of exports from the US alone (2016) and 2.32 billon tons of orange juice exported from Brazil (2016), industry experts and statistics agree--the once mighty and now global orange juice breakfast empire is in decline. Orange Juice sales are the lowest sales in the last decade. Projections show further decline in the years ahead and the cause is not singular in origin. The orange juice empire is being squeezed from many sides; social justice issues surrounding workers rights, the environmental impacts of conventional production techniques, and shifting consumption patterns.

The conditions of migrant workers on southern Florida citrus plantations have long been the means to profit. 12 to 18 hour days, 2000 oranges to fill a $7 bin, their food and transport being controlled by employers. In Italy, migrant workers from north Africa and eastern Europe are reported to be living in shantytowns with no running water and electricity. For a day’s work in the orange groves, migrants were found to receive around €25 (£19), with deductions by gang-masters for their transport and lunches. In Brazil, hefty fines (US 120 million) have been imposed on employers who were found to be in violation of countrywide labor laws.  From the Mayan to the Roman, from the Persian to the never setting sun of the British empire, some form of slavery has been used to cut costs, to centralize wealth, to exert control and to provide the fuel for expansion.

In addition to allegations of slavery and exploitation, many empires threaten the physical environment upon which they rely. Monoculture, conventional orange production is not without its impacts. Some estimates claim that every gallon of orange juice creates about 1.92 pounds of greenhouse gas emissions. Others place the carbon footprint of one 64-ounce box (half gallon) is even higher, clocking in at 1.7 kilograms. The conversion of farmland to orange groves, heavy pesticide applications and runoff, soil degradation—these externalities rarely make it into the final price. Viruses like ‘Citrus greening’ thrive in monoculture plantation environments. As a result of this outbreak, Florida’s production has decreased by 70 percent since 2005. Farmers are spending on average $1,000 more per acre to grow less fruit overall. Returns are diminishing. More powerful chemicals are being applied in the battle for cost-efficient productivity. And the United States is not alone in these practices. Brazil is the largest producer of both oranges and juice. Half of all the Orange juice drunk in the world comes from Brazil. But a recent study suggested that only 21% of the large producer farms studied showed “good performance” in terms of pesticide application, water consumption and soil correction/preservation.  The ecological consequences of 60+ years of empire are adding up.

But the biggest threat to the global industry’s viability might be something closer to home— health concerns and not enough time. Europe’s consumption is way down, and as a result, in Brazil, production is down by nearly 160 million boxes, and the number of orange producers is shrinking more than 50 per cent. And in Canada and the United States, while there are those drinking $15 dollar glasses of fresh squeezed orange juice in Manhattan hotels and $12 mimosas in champagne flutes at brunch, changing consumer preferences, tastes and breakfast habits are dividing the orange juice culture.

While the lords of production and processing place hope in emerging markets, such as China and India (which do show small growth trends) to keep the juice flowing, the squeeze of the global orange juice empire is on.

In Canada, while 94 thousand metric tons of Orange Juice were consumed in 2016, this is less than in years past. Some people don’t have time to eat breakfast anymore. Some are choosing smoothies, or cold pressed veggie juices instead. While a half of cup of juice used to count for a serving of fruit and vegetables, Canada’s Food Guide is refusing to promote fruit juice anymore in light of its sugar content and rising obesity rates . Some predict that orange juice will end up a drink of the wealthy and this market is limited. While the lords of production and processing place hope in emerging markets, such as China and India (which do show small growth trends) to keep the juice flowing, the squeeze of the global orange juice empire is on.

When orange juice is no longer a simple, affordable glass of sunshine, but an expensive product from an environmentally unsustainable supply chain that exploits workers in the interest of corporate profit, and by some accounts, gives you nearly as much orange flavoured sugar as a glass of pop with your breakfast —  if you even have time for breakfast — it’s hard to hold an empire’s ideology together. But as history has shown us, with one empire’s downfall, the real question is what beverage will rise to take it place?