No items found.
Product is not available in this quantity.
The Orange
Et tu, Mickey Mouse?
From citrus cornucopia to Mickey Mouse. How a derailed campaign betrayed California.
Brian Murphy
12/11/2017 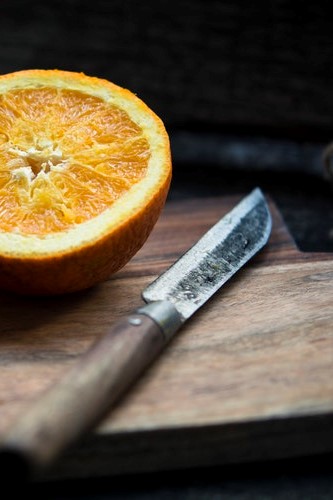 ‘Orange County California’: 50 years ago, this name was a perfect depiction of the Golden State. However, that was in the past. In California, like anywhere else, politics and power have transformed the landscape to suit their needs.

The California of 2017 boasts a population of three-million. The OC is known for the Magic Kingdom, the final destination of the I-5 freeway, a road that criss-crosses over half a dozen freeways and bypasses small cities ballooning from real estate and tech-startups. Yet, 170 years ago, California was home to a kingdom of a different sort: agriculture.

So, how did a citrus cornucopia transform into a tourist destination? A home for theme parks and silicon instead of lush orchards?

The transformation began with an elegantly designed campaign to boost orange sales and attract winter-sore migrants.

As of 1847, OC had farmers and folks in small towns but no big-city slickers to speak of. One of the primary sectors in the industry was oranges. This sector was born from the tinkering of local growers who managed to create a new strain from imported orange seeds. As a result, Naval and Valencia oranges could be grown and sold year-round. The opportunity sowed by these strains was juicy: the California Historical Quarterly reports that within a few seasons OC growers were producing more than 30 per cent of North America’s Valencia oranges.

The transformation began with an elegantly designed campaign to boost orange sales and attract winter-sore migrants.

Nevertheless, OC Oranges couldn’t break 30 per cent because these upstart farmers were facing the old-world masters of citrus. Spanish and Italian imports were a fixture on the U.S. eastern seaboard, long before OC growers could put their crates on a reliable eastbound rail line.  Even when the first transcontinental rail-link was completed, it still took 30 days for an Orange County orange to cross the Mississippi River.

The Californian orange producers were armed with a great product but, with a nation tuned into old world products, they had no way to distinguish their product.

A few forward-thinking California growers decided to fight imported citrus and gain ground in the market with patriotism and dream-like imagery of rural American life. They advertized California on wooden crates. These advertisements featured pastoral images verging on biblical scenes of orange groves under blindingly blue skies and California’s golden sun. The artwork was reproduced by lithography, printed on inexpensive paper labels, and slapped on wooden shipping crates.

U.S. historian Kevin Starr, summarizes the intent of the campaign in Inventing the Dream: California Through the Progressive Era.

“[The Growers Exchange] hit upon a cluster of advertising themes—health, domestic happiness, prosperity, respectability—that would eventually make the eating of a California orange or the drinking of a glass of California orange juice a ritual of proper American intent.”

Writing for the California Historical Quarterly in 1977, dual authors Laurie Gordon and John Salkin say the end-game for the labels was simple: win the hearts and minds of consumers. Accordingly, the “most crucial application of label art” was “the selling of California.”

Yet, the campaign was destined to be more than an advertising scheme designed to sell oranges. It would be utilized to carve up US demographics, ultimately transforming California.

Yet, the campaign was destined to be more than an advertising scheme designed to sell oranges. It would be utilized to carve up US demographics, ultimately transforming California.

In the 1900s, California was eager for development, as is summarized by Gordon and Salkin in the California Historical Quarterly Report in 1977.

“Citrus growers needed more railroad lines, water for irrigation and consumer recognition and these developments were contingent on a steady flow of new settlers to the sparsely populated southern portion of the state. Labels, they reasoned, were a convenient and functional form of publicity.”

During this time, Sunkist, the California orange growers co-op, distilled and refined the most powerful orange grove imagery, a evolution of the previous campaign that was poignant and hitting, committed to attracting migrants.

However, the campaign backfired. The resulting migration skyrocketed land value and taxes, leading to an exodus of farmers. Like a tsunami, the sheer force of the migration transformed the landscape.

Like a tsunami, the sheer force of the migration transformed the landscape.

According to the Orange County Agriculture Commissioner's office, in the late 1940’s some 65,000 acres of OC orchards were growing Valencia oranges. Now, less than 70 acres of orange trees exist in OC, and it’s not the picturesque vistas on those nearly forgotten packing crate labels. Just a few of the old-time orchards, now whittled down to postage stamp size versions of their formal size, exist as historical novelties.

About 4,000 Valencia orange trees produce enough to sell at local farmers’ markets, by the bag or by the glass at juice stands. However, the dream of becoming a global supplier of oranges is no longer a dream of California. While their stock in the US market has increased, this is a result of Florida’s HLB epidemic, not a result of carefully planned marketing, government budget allocation, or huge gains on California’s front.

About 4,000 Valencia orange trees produce enough to sell at local farmers’ markets, by the bag or by the glass at juice stands.

California’s transformation, from citrus cornucopia to Mickey Mouse and Silicon Valley, is perhaps indicative of larger trends; a western trend away from agriculture and a movement towards technology and a service based market, not a goods market. While it can be argued that this benefits national economies, we must ask - at what cost? What cost to the agricultural worker? What cost to those who specialize in manual labour? And, at what cost to the developing world? A world that is now shackled with the burden of producing cheap agricultural goods while we jump on the I5 freeway, on a mission to see Mickey Mouse in the Enchanted Kingdom.