No items found.
Product is not available in this quantity.
The Orange
100% Pure, Natural & Wrong
'Natural'. Despite it's evocatation of 'health', this is a manipulative word. Especially when it comes to orange juice.
Kathryn Helmore
12/20/2017 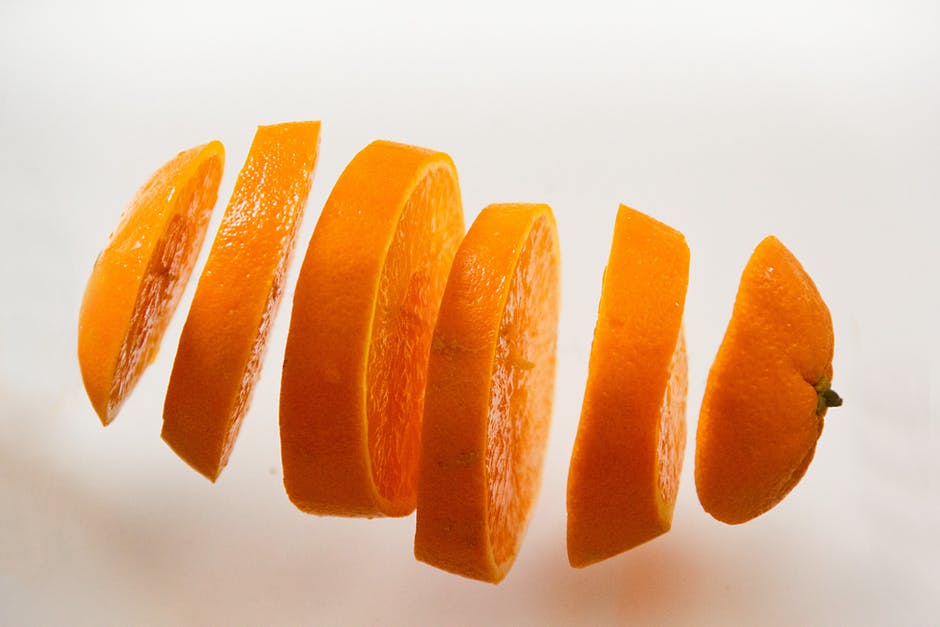 These are the slogans that decorate the cartons, jugs and bottles of Tropicana orange juice products. The words are strategically placed next to photographs of succulent oranges and lush greenery. Tropicana is known for an image of a juicy orange punctured by an old fashioned red and white stripped straw.

These images and slogans are not mere design features. They are carefully crafted, highly researched selling tools. They are the hard-sought results of fat investments; Tropicana’s 2009 campaign, ‘squeeze – its natural’, cost approximately $35 million.

So, why? Why allocate huge sums of money to a few words plastered on a plastic wrapper?

The slogans, colours, and images on the orange juice cartons coalesce to create an impression of wholesome, natural-based goodness. It is a scheme that plays on perceptions of what should be healthy and what will be unhealthy. According to these perceptions, natural necessarily equals good while artificial must be bad. To most of us, there is something comforting about a tanned farmer tilling the soil under the late afternoon sun, hence the Tropicana catch-phrase ‘100% pure squeezed sunshine’. On the other hand, there is something disconcerting about the cold, harsh, and sterile labs where artificial food is produced. While one seems warm and known, the other is like something out of a Huxley dystopia whereby racks upon racks of numbered test tubes produce artery clogging ‘food’.

By aligning their product with the farmer instead of the test tube, Tropicana snares our trust and our dollars. In fact, Tropicana is the leading producer and marketer of branded fruit juices in North America.

Yet, Tropicana does not own a monopoly on the words ‘purity’ and ‘natural’. The image of the untarnished farmer and his fruit feature in a variety of advertising campaigns and are at the crux of numerous diet fads, such as the juice cleanse.

While 'Natural' seems warm and known, 'Unnatural' reminds us of something out of a Huxley dystopia whereby racks upon racks of numbered test tubes produce artery clogging ‘food’

With the release of documentaries pushed out by "health and wellness companies", such as Fat, Sick and Nearly Dead by Joe Cross, numerous individuals picked up the juicing fad. This fad promised to help followers ‘detoxify’, lose weight, or get healthy.

While obesity and malnutrition are complex, according to juicing proponents, the fix is simple. Through using a juicing machine that removes the pulp (fiber) from fresh fruit and vegetables, you can consume more thereby maximizing nutrient intake.

One of the greatest juicing evangelists, Jason Vale - aka ‘The Juice Master”- claimed that juicing helped him overcome severe asthma, psoriasis, eczema and hay fever, in addition to helping him lose weight. Vale also claims that juicing helps you avoid the “energy-zapping digestive process”, a process that steals vital energy from other areas.

Vale is an advocate for the ‘juice cleanse’ – simply consuming nothing but water and juice to ‘flush out your system’, as is endorsed by Beyoncé, Ashton Kutcher and Sarah Jessica Parker.

While obesity and malnutrition are complex, according to juicing proponents, the fix is simple.

“Forget three meals a day,” said Tim Jonze, an editor at the Guardian in an article published 2013, “All you need is cold-pressed wheatgrass and a pint of liquidised curly kale.”

This logic was swallowed whole by a plethora of consumers desperate to gain nutrients and lose pounds. ‘Fat, Sick and Nearly Dead’ was shown on CNN, Netflix and Channel 9 Australia.  The documentary was also shown in 600 US cinemas and, in addition to winning several awards, was the official selection of the Sonoma International Film Festival and the 'DeadCenter' film festival. The Facebook page has 334,018 followers and the Twitter page claims to have 30K followers.

The popularity of FSND, and other prophets of the juicing age, boosted sales of juicers considerably: by 2015, sales had climbed 71 per cent to $215 million, according to market-research firm NPD Group. A noticeable accomplishment for the "health and wellness" company that released FSND, a company that happens to sell - among other products - juicers.

Home-pressed juicing was no longer a ritual singularly practiced by hemp-wearing hippies. It had crossed the border and become a custom of the everyday consumer. As juicers sold out across the western hemisphere, juice bars popped up on street corners and in office buildings where coffee shops had once been. These bars, located in prestigious downtown office complexes, provide a blast of simple health in the form of reduced fruits and vegetables to a slew of lawyers who are simultaneously working on complex legal briefings.

“Forget three meals a day,” said Tim Jonze, an editor at the Guardian in an article published 2013, “All you need is cold-pressed wheatgrass and a pint of liquidized curly kale.”

Apart from both being juice, Tropicana and the juice cleanse have another thing in common: they are both, contrary to belief, unhealthy.

Tropicana, despite its nostalgic evocation of pure, natural produce, is stocked full of sugar. At 25g of sugar per 8 oz., Tropicana 100% orange juice has more sugar than Ben & Jerry’s vanilla ice cream and a Krispy Kreme original glazed doughnut – according to a report by Credit Suisse.

The juice cleanse, for all it’s ‘naturalness’, is riddled with problems.

“Drinking fresh pressed juice has benefits – absolutely,” said Danielle Sanders, RD, MSc and lead dietitian at FED. “But the thought that it is the magic bullet for health is completely misguided.”

According to Sanders, the reason why people lose weight on a juice cleanse is because they are putting themselves on a caloric deficit. Yes, weight loss will result, but weight lose does not mean healthy.

“Juicing is not ‘detoxing’ or ‘cleaning out’, we have a liver, spleen, intestines and kidneys for detoxing. These organs will detox daily, weather the diet is fast food or juices. In fact, in many ways, a juicing cleanse is the opposite of a ‘detox’".

A juice cleanse is devoid of the nutrients that the body uses to clean, such as fiber. A juice cleanse is also devoid of protein, so instead the body starts to break down muscle tissue to fuel protein-requiring processes (such as the immune system, one of the body’s most important “cleaning” processes.)

The idea that juicing helps remove the “energy zapping digestive process” is also wrong. According to Sanders, our digestive organs – liver, pancreas, stomach and intestines – are designed to digest. The idea that they steal energy, thereby making one tired, is absurd.

So, why? Why are consumers so willing to buy into the juicing cleanse? Why did Tropicana orange juice become a staple of the healthy breakfast?

The answer: the appeal to nature.

That which is natural, is good. N is natural. Therefore, N is good or right.

In other words, the ‘appeal to nature’ is wrong because it makes a faulty assumption: natural = good, unnatural = bad. Yet, whether something is natural rarely matters.

In fact, the word ‘natural’ is perhaps more of a buzz word than a meaningful noun. The US Food & Drug Administration (FDA), the regulatory body that oversees the home of Tropicana, broadly defines ‘natural’. The FDA “considers the term ‘natural’ to mean that nothing artificial or synthetic has been included in, or has been added to, a food that would not normally be expected to be in that food’. However, this definition does not address food processing or manufacturing methods and, tellingly, does not “consider whether the term “natural” should describe any nutritional or other health benefit.”

That the FDA refuses to define natural as healthy is deliberate. Heroine, cyanide and the death cap mushroom are natural products. On the other hand, Golden Rice, a GE crop fortified with vitamin A to fight deficiencies resulting in the estimated death of 670,000 children, is unnatural. One group will lead to pain reduction and a substantially longer life, the other will result in the decomposition of vital organs and agonizing death.

Of course, the appeal to nature is founded in a generalization that can often be helpful to many seeking a healthy diet. This generalization argues that, when in doubt, ‘Eat Real Food’. It comes in a variety of ways such as stick to the ‘periphery of the grocery store’. For the most part, this isn’t bad advice. Fresh fruit and vegetables from the periphery of the grocery store are, in general, better than the sugar and butter packed Oreos found in the center isles.

However, 'Eat Real Food' is a generalization not a rule. As such, ‘natural’ should not transcend this general rule and become a synonym for ‘healthy’. Doing so only allows marketers to manipulate consumers, choosing to plaster ‘natural’ and other similar words on its products, thereby convincing consumers that their product is actually healthy.

However, 'Eat Real Food' is a generalization not a rule. As such, ‘natural’ should not transcend this general rule and become a synonym for ‘healthy’.

In other words, whether a product is natural should not be the be-all-and-end-all evidence for why something is healthy. In fact, there is no simple answer to what is and what isn’t healthy. While there are general rules, diet is highly personalized and seeking out a healthy diet is not a task for the lazy.

“To define what is healthy, we would have to point out many parameters,” said Sanders. “These would include frequency and quantity of consumption, age, lifestyle, health history, and health status. Each parameter changes based on the individual.”

Yet, marketers, desperate to sell you their newest product, would have you believe otherwise. Through packing a product with attractive words such as ‘natural’, they appeal to our temptation to find the simple solution, once and for all.

We would all be wise to remember the central tenet of toxicology: “the dose makes the poison”. Practically anything, from oranges to vegetables, can be harmful in the right quantities – regardless of how ‘natural’ it might be. Perhaps a tenet of consumption in our confusing landscape should elaborate on toxicology’s: “the dose, combined with consumer ignorance and fat-money marketing, makes the poison.”