No items found.
Product is not available in this quantity.
Organic
Wrongful Conviction
Labelling GM products pronounces it guilty, a verdict that will polorize many consumers. Yet, few pause to look at the evidence before sentencing.
Mirjam Guesgen
5/22/2018 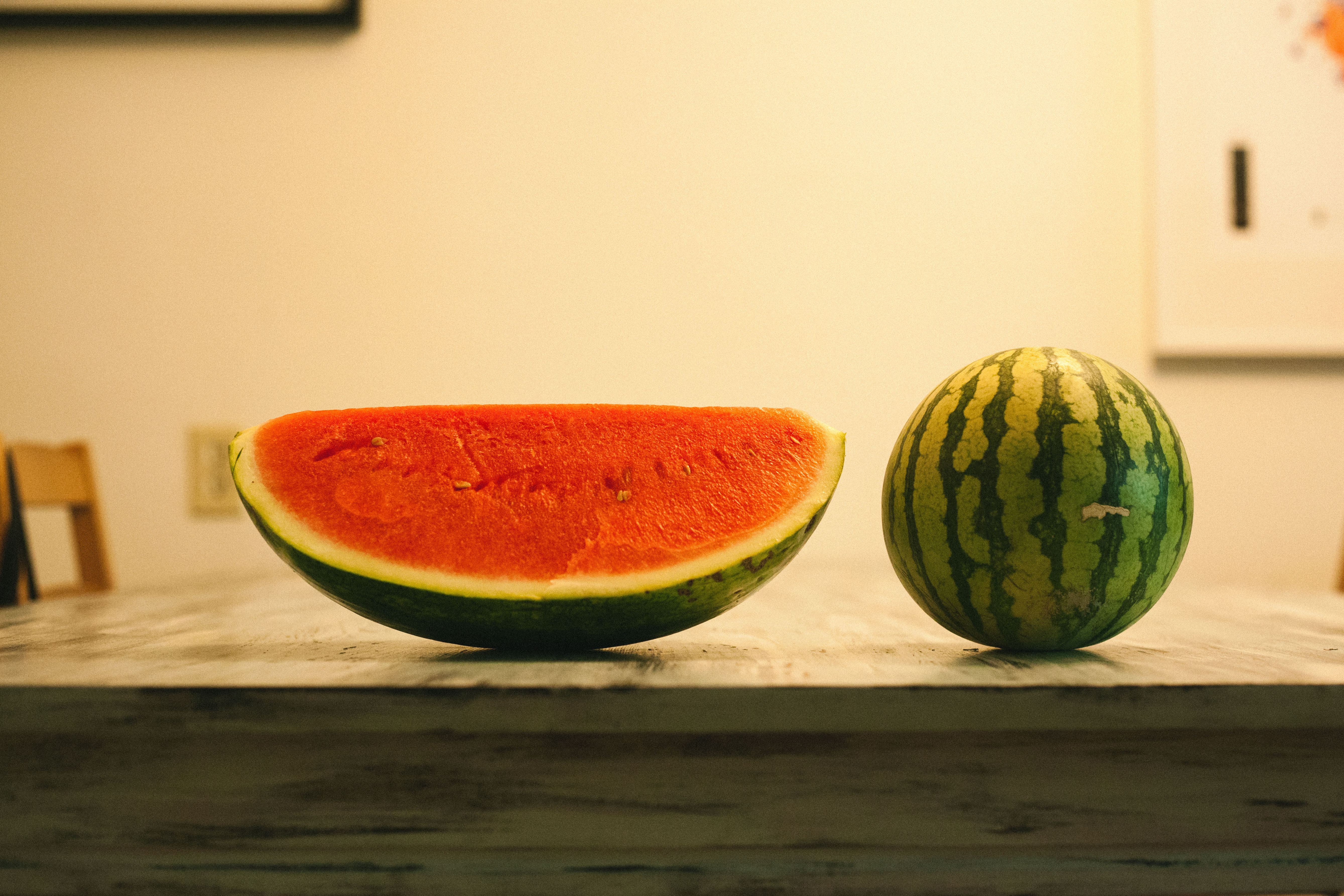 Last summer, Canadians lit up barbeques in preparation for a classically Canadian smoked salmon feast. Yet tastes quickly soured when consumers discovered that a large percentage of the salmon on the menu was in fact genetically modified.

The outcry was immediate and deafening. Calls for labelling of GM products were rekindled. Politicians jumped on the bandwagon, with NDP member of parliament Pierre-Luc Dusseault asserting "the more information we give to consumers, the better.”

But the real reason for labeling was hidden under the guise of choice. The desire to label is not a desire to inform. It is a desire to dissuade.

While an organic label on the front of a cereal box proudly, and falsely, declares its health superiority over other boxes, a GM sticker carries with it negative connotations of being unnatural and unsafe, despite ample evidence on the contrary.

So while calls to label ring out across Canada, the discussion is steared in the wrong direction. While the rhetoric remains obsessed with the consumers ‘right to choose’, what they are actually choosing lies unaddressed. In other words, we have an abundance of choice, but little information.

But the real reason for labeling was hidden under the guise of choice. The desire to label is not a desire to inform. It is a desire to dissuade.

The majority of Canadians say the term ‘genetic modification’ is negative, as a result, given the choice, only a quarter of Canadians would buy GM foods.

But where do these beliefs about the apparent injurious nature of genetically modified products come from?

First, let’s start with a purely descriptive definition of ‘genetic modification’. Ten thousand years ago, genetic modification was comparatively simple. It included taking a plant or animal with a desirable trait and breeding it with another plant or animal with a desirable trait. The result would be offspring expressing this desirable trait. In the 1950s, it evolved to include breeding similar plants with the right characteristics, like disease resistance.  By the 1970’s we could add genes from one organism into another, the process known as recombinant DNA technology. Now scientists are using the “molecular scissor” technique called CRISPR-Cas9 genome editing technology to cut out, rather than add in, sections of DNA to change its sequence and how therefore alter the species in huge ways.

In other words, to genetically modify something is to choose the genes that are passed along and expressed by certain products. The method by which farmers or scientists do this is varied. For example, only breeding the seeds of red apples so the next batch of apples is even redder counts as genetic modification. Additionally, creating a longer lasting apple by removing the enzyme that codes for browning is also genetic modification.

As genetic modification has been a practice for thousands of years, to label certain products as GM and other products as ‘Non GM’ is reveals a fundamental misunderstanding of what is meant by the term GM.

As genetic modification has been a practice for thousands of years, to label certain products as GM and other products as ‘Non GM’ is reveals a fundamental misunderstanding of what is meant by the term GM.

To make this point, let us consider the case of GM salmon. In the supermarket, lines of GE salmon is stacked beside rows of fat chicken breasts. Both products are far removed from the salmon and chicken found in nature a hundred years ago. While the salmon was recently engineered in a lab to grow twice as fast as conventional salmon, modern meat chickens have also been developed to grow twice as fast but also four times as big as their ancestors. However, because one product was engineered recently by scientists in a lab, and the other modified by industrialized farms over the span of a decade, one is slapped with an incriminating label and the other deemed ‘organic’.  Both have undergone changes in the genetic code that underlies their growth so what is the difference? Nevertheless, many consumers will happily pick over the styrofoam trays in the supermarket looking for the biggest breasts, despite the clear pain these birds endure during their lives, but turn away in disgust at the thought of a fish altered to produce bigger filets.

Our discomfort may also stem from the fact that the chicken genetic change has occurred over generations and in the salmon it has occurred in just a few years. There may be an implied assumption that, with the former, there’s been more time for potential safety issues to surface and, in turn, be noticed and dealt with.

Because one product was engineered recently by scientists in a lab, and the other modified by industrialized farms over the span of a decade, one is slapped with an incriminating label and the other deemed ‘organic’.

But safety concerns surrounding GM foods are largely unfounded. Before any new product touches the lips of Canadian consumers it first must be vetted by Health Canada. The safety criteria a product must meet are based on guidelines developed by the OECD, FAO, WHO and the Food Code (Codex Alimentarius) Commission. For GM foods, producers must show that genetically modifying the food doesn’t make it significantly more toxic, cause allergic reactions or changes in body weight, blood chemistry or reproductive organs than conventional versions.

Using these criteria, Health Canada has to date approved more than 200 GM foods or food ingredients meaning they, based on the evidence given, are as safe and as nutritious as non-GM foods. Some foods like sweet potato, rice or beans are even more nutritious with higher levels of vitamin A, zinc or iron, but these so-called biofortified foods are targeted to developing countries so aren’t available in Canada.

That’s not to say that the evidence presented is perfect. Scientists take issue with the fact that some studies have found minor signs of toxicity in GM-fed animals but no one has followed up with more research that could quash, or confirm, these findings. Other key concerns are that few studies look at longer-term health effects and no studies have been done on humans, only on animal models.

Similarly, the regulatory process for GM foods has been called into question. The decision regarding whether to allow a product into market comes down to evidence provided by the manufacturer or producer, who could select or even commission studies that shine favourably on a product. Researchers may also advertently or inadvertently be incentivised to skew results in favour of GM products, as they could stand to gain from their patent or commercialization.

Given the nuanced and complex answers to the question “are GM products good or bad?”, why is the reaction from GM opponents so binary? And why is the proposed solution, to label certain products GM and others not, also binary?

So, given the nuanced and complex answers to the question “are GM products good or bad?”, why is the reaction from GM opponents so binary? And why is the proposed solution, to label certain products GM and others not, also binary? Why do consumers and regulatory bodies choose to divide food products when there is no clear, dividing line?

The producers of GM products are not without blame. The early proprietors of GM foods failed to communicate with the public. The producers did not explain the science behind the products and the reasons for creating GM crops in the first place. For example, the move of the first GM food (FLAVR SAVR tomatoes) from lab to field test to supermarket mostly involved researchers, government departments, and later grocery chains with little public consultation. That left a void of uncertainty which was quickly filled by the louder, more emotional voices of scaremongers and activists who latched on to particular bad-science examples such as the 2012 Séralini study that claimed GM corn caused tumours in rats. That study was later retracted by its academic publisher however, the damage was done. Emotion, particularly fear, appeals to our desire for quick answers and quick decision making. The quiet voices of scientists, who often struggled to convey the nuances of their work, couldn't compete. Combine that with GM patents and commercial interests and it’s understandable how GM lost the popularity contest.

Emotion, particularly fear, appeals to our desire for quick answers and quick decision making. The quiet voices of scientists, who often struggled to convey the nuances of their work, couldn't compete.

The genesis of GM products shrouded it in suspicions, and later activism deemed it guilty. But GM is not a product, it is a tool used to create food. Like most tools, it can be used in any manner of ways and, therefore, is not inherently good or bad. To pronounce it guilty, via a label, is to misunderstand this simple fact.

This is neither an argument for or against labelling per se. Rather, it’s a call to mindfully question the basis of a knee-jerk reaction to the term “genetically modified”. Is our reaction based on genuine concerns about how GM foods are tested or the regulatory process surrounding them? Or is it based on a clickbait headline?

Given that information, we ask again: Why do we want a choice to buy GM foods?

We as humans and consumers thrive on choice (to a point). But too often we are seduced by products that satiate our appetite for affirming our pre-held beliefs. Organic food companies know this. They’ve marketed themselves as the saviours to the evils of lab-food but, in reality, little evidence exists that organic is any more nutritious than conventional food.

And our choice may come at a cost to others. For the wealthier consumer, who doesn’t struggle with food shortages or vitamin deficiencies, it can be easy to say that the world doesn’t need GM. But by perpetuating negative stereotypes we are cutting off options for impoverished communities and for the future, where GM may be the one way to combat food unavailability due to changing soil conditions, droughts, or disease.