No items found.
Product is not available in this quantity.
Shellfish
What The Catwalk Dragged In
Oysters and pearls could be the poster child for sustainability - a booming fashion trend. Yet, when green is the new black, not everyone wins.
Chris Hergesheimer
4/16/2018 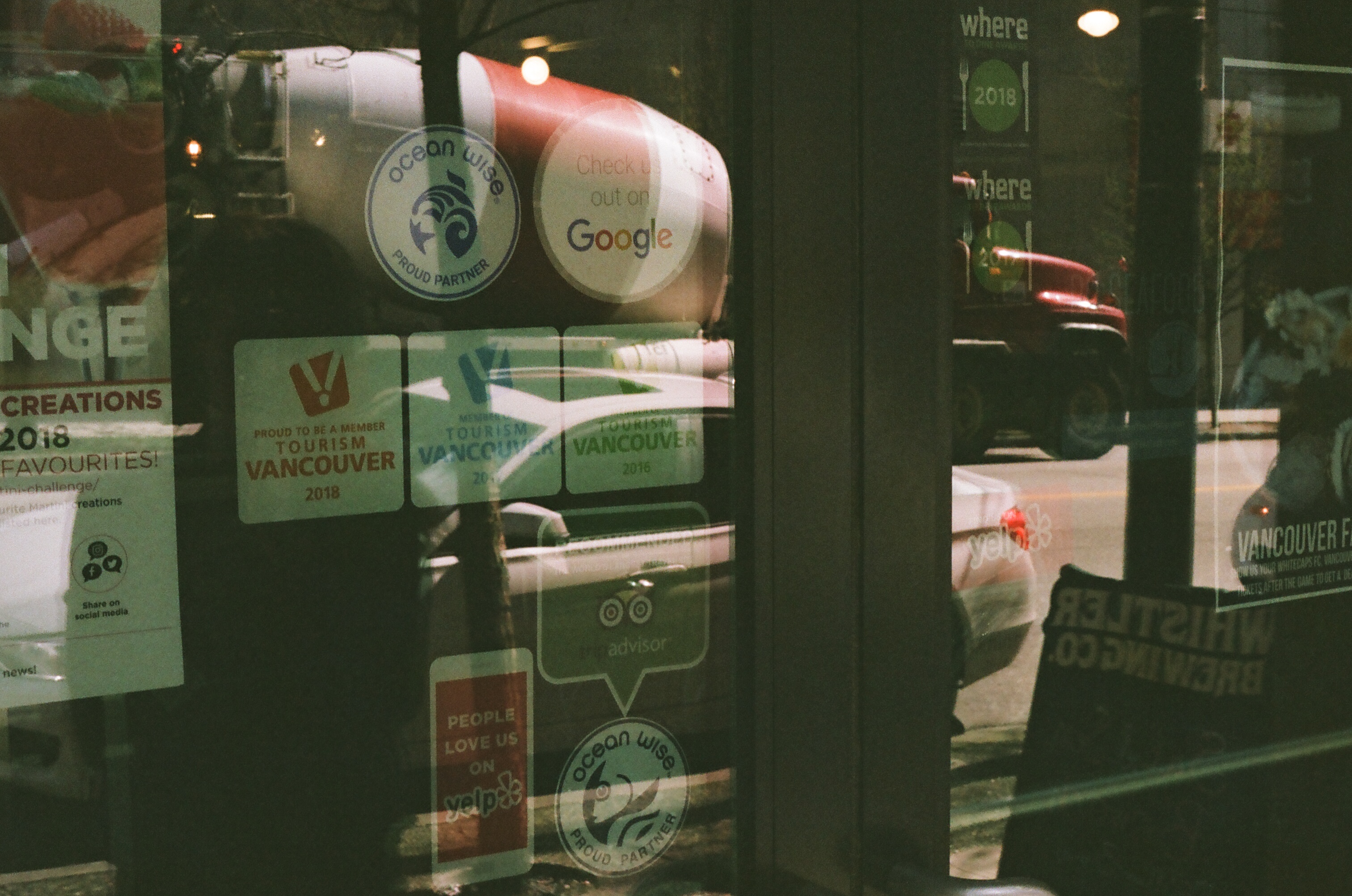 Fish farming is a profit-churning machine with a warranted bad reputation.

Yet, the brutish figure of fish farming has met its match. Once a fringe movement of individuals dismissed as hemp-wearing, hippy tree-huggers, environmental activists have grown in number and become mainstream. Sustainable eating has become high fashion.

Yet, the brutish figure of fish farming has met its match. Once a fringe movement of individuals dismissed as hemp-wearing, hippy tree-huggers, environmental activists have grown in number and become mainstream.

Where once the rich and influential ate cruel foods with abandon - consider giant pigs, Fois Gras or veal -  times have changed. Across the western world, celebrity chefs lecture about the importance of ‘organic’ produce. Lifestyle magazines feature pictures of overflowing baskets, filled to the brim with the freshest farm-to-table bounty. Pasture raised meats and ocean wise seafood grace the grocery lists of soccer moms and Whole Food stores are spreading like wildfire in the ‘hip’, gentrified neighborhoods of happening cities. While those who cannot afford to be in vogue are left with imitation crab meat, battered fish sticks, top dogs and cheap ground beef, the food-fashionistas slurp on $50 bowls of shellfish at stylish oyster bars.

For the farmed oyster, a product that can be raised responsibly, sustainability’s moment on the catwalk is particularly beneficial. Yet, we should be careful not to celebrate with abandon.

As is evidenced by the oyster and it’s gift to humankind, the pearl, sustainability’s moment in the limelight is rife with problems.

While those who cannot afford to be in vogue are left with imitation crab meat, battered fish sticks, top dogs and cheap ground beef, the food-fashionistas slurp on $50 bowls of shellfish at stylish oyster bars.

The history of the Ostreidae family is a rags-to-riches story. First seen as a blight and a nuisance on beaches, this slimy relative of the snail family slithered its way up the socio-economic ladder and is now pegged as a luxury food of the rich. A supposed aphrodisiac, chock full of vitamins and minerals and best eaten raw (with a generous serving of white wine) these mollusks, who can filter up to 50 gallons of seawater a day, are good for the ocean.

Bi-valves—creatures like clams, mollusks and oysters− are ‘perfect’ for farming. Oysters don’t require feeding so they don’t deplete fish or food stocks and, as they thrive in clean waters, the application of chemicals is counter-intuitive. As they attach to one location, they also stay in one place and thus don’t risk breakout into the general population. By many standards, farmed oysters could be considered one of the most sustainable products in the entire food system.

From a marketing perspective, this discovery is timed perfectly. Oysters could be considered the poster child of sustainable aquaculture. Their luxury and sustainable status is some highly effective marketing for the food and fashion industry.

Yet, fashion is, by its very nature, a fad. Much like an exploited Bangladeshi girl slaving over a cheap H&M shirt with ‘Feminism’ plastered across the breast, food fashion is limited. We do not follow fashion for some long-lasting moral reason. Fashion is pursued for fleeting social acceptance. As such, it is open to corruption.

Much like an exploited Bangladeshi girl slaving over a cheap H&M shirt with ‘Feminism’ plastered across the breast, food fashion is limited.

Wearing pearls was a sign of status, wealth and distinction. Part of the pearls allure is it’s elusiveness.

In nature, only 3-4 oysters in a harvest of a couple tons will produce commercially valuable ‘natural’ pearls. Science has stepped in to ‘control’ and ‘manage’ the process. Pearls can now be grown. Farming pearls involves “seeding” a bead into a growing oyster as well as piece of mantle from another pearl oyster. This bead is eventually covered with layers nacre. This nacre forms a hard casing around the bead- the start of a pearl. 2-5 years later, farmers are on the phone with jewelers in Amsterdam, London or Japan seeking tens of thousands of dollars per string. Since the discovery of artificial pearl farming, the market for cultivated pearls has outgrown the market for natural pearls. The cultured saltwater pearl industry is estimated to be worth 400 million dollars.

Just because they are cultivated with the latest in science and technology, pearl oysters are not free from environmental threats or ethical criticisms. With the increasing frequency of the impacts of climate change, things such as rising ocean temperatures, acidification, increase of diseases typhoons and hurricanes, can wipe out entire colonies. Market values can fluctuate based on availability. And the process of actually growing pearls— well, some claim that less than 5% produce viable pearls. One third of the cultured oysters are ‘recycled’ and made to produce again, while the other two thirds are simply discarded. Basically, all oysters are all stressed all the time (the stress causes the secretion of nacre which coats the pearl) and many die in the process without having produced a single pearl.

Yet, let’s suppose we ignore these qualms and decide that the net effect of producing pearls is positive, how should we proceed? If raising oyster meat is sustainable and the pearls they produce green, should we - as ethical consumers - pounce on the opportunity to purchase a product we actually feel good about? Should the catwalks of London, Paris and Milan be encouraged to highlight ethical pearls? Should Vogue be pressured to plaster pearls on the front page?

Should the catwalks of London, Paris and Milan be encouraged to highlight ethical pearls? Should Vogue be pressured to plaster pearls on the front page?

Afterall, in past eras, fashionable people were happy to be seen wearing ‘cruel’ accessories if they showcased privilege and status- think the era of minks and fox skins. In today’s moment of unbleached bamboo fibre yoga pants and recycled water bottle sneakers, why shouldn’t environmental activists capitalize? Maybe the rise of ‘eco-friendly’ pearl farming is the way of the future and pearl farms can actually make a major contribution to social and cultural livelihoods while at the same time protecting the environment.

Yet, this is not as simple as it seems. As sustainability becomes more fashionable, we must ask ourselves: what of those who cannot afford to be fashionable?

As more social acceptance is gained from donning a sustainably raised string of pearls, or from feasting on a farm-to-table ‘organic’ meal, producers are able to demand higher prices. While sometimes these higher price points reflect more expensive sustainable practices, will not always be the case.

In other words, this moral stance of sustainability has been fed into our capitalist machine and spat back out as a profit making, marketing tool.

As a result, sustainability becomes a luxury that only the wealthy can afford. To be moral - to protect our earth for future generations - becomes yet another privilege bestowed upon the rich, not a universal choice available to every human.

To be moral - to protect our earth for future generations - becomes yet another privilege bestowed upon the rich, not a universal choice available to every human.

The abduction of sustainability by fashion also calls into question its staying power. After all, fashion is a fad. It is not long-lasting. While the life-cycle of bell-bottoms jeans doesn’t matter, sustainability must last. It is imperative that sustainability stands the test of time and becomes a social norm, not a tool to achieve fleeting social acceptance. If this trend remains a privilege of the rich, not a practice celebrated across every class in society,  it is weaker.

To clarify, to boycott pearls and oysters because they’re ‘mainstream’ or ‘fashionable’ would be erroneous. These products have merit and should be purchased and consumed above products that do not. However, to blindly purchase and consume any product with an ethical label is unwise. We should instead watch the sustainability movement closely to ensure that it sets down deep, long-lasting roots.