No items found.
Product is not available in this quantity.
Organic
To Throw Out The Baby
Organic has passed the point of no return. It is time we throw out the baby with the bathwater.
Graeme Carey
5/30/2018 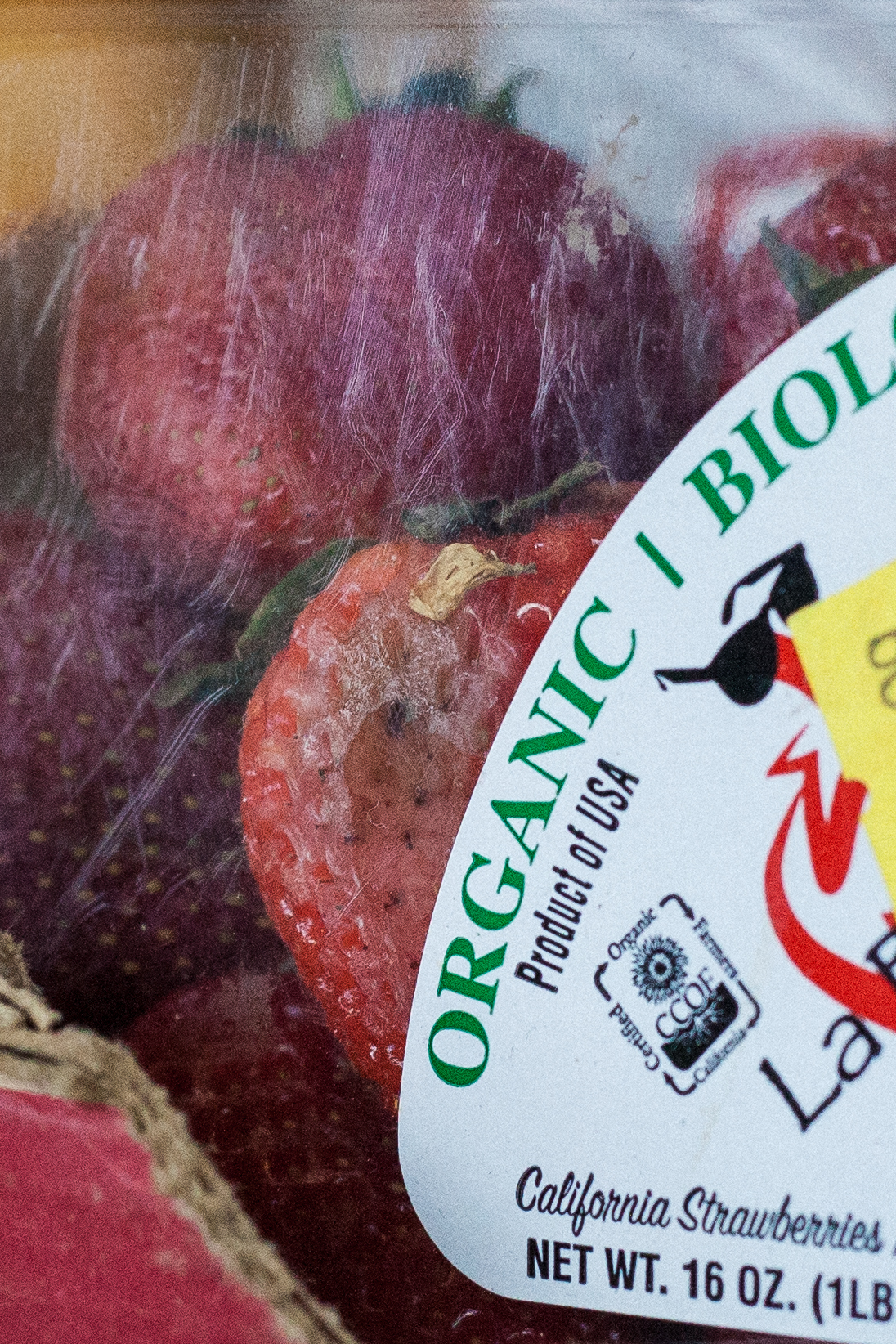 Since English agriculturalist Lord Northbourne coined the term “organic farming” in 1939 to describe a more holistic and balanced approach to agriculture, the organic and conventional food industries have been locked in battle.

For decades Organic and non-organic were perceived as polar opposites: Organic the underdog hippie prioritizing holism over capitalism, while non-organic was the businessman, more concerned with producing big numbers than quality, healthy food.

But as the Organic food industry continues to grow and enter the mainstream, it is shedding it’s hippie overalls in favour of a pinstriped suit. What started as a niche market has grown  into a giant industry of its own; “Big Organic.”

This growth has come at a high cost.

A host of marketing campaigns present Organic as the underdog hippie selling clean, ethical products the consumer can feel genuinely good about.

“Many consumers believe that buying organic is ‘voting with their dollars’ for a more environmentally desirable form of farming,” said Steve Savage, a plant pathologist. “That belief is promoted in organic marketing campaigns.”

For years, representatives from the organic food industry have spread information about conventional agriculture in order to scare consumers into buying their products. One example of this is the “Dirty Dozen List,” which highlights the foods with the most pesticide residues. Despite long-standing criticism of the list, including the fact that it lacks scientific credibility and grossly exaggerates the risks of eating non-organic foods, it is published each year by the Environmental Working Group, whose sponsors include several major organic marketers.

By comparing more than 100 items, Consumer Reports found that organic foods on average cost 47 per cent more than their non-organic counterparts.

The skilled marketing of Organic has allowed producers the charge a premium for the product. The USDA estimates that organic can cost anywhere from 10 to 30 per cent more than conventionally produced food. Similarly, by comparing more than 100 items, Consumer Reports found that organic foods on average cost 47 per cent more than their non-organic counterparts.

These premium prices, alongside other more complex factors detailed in this Sliced article, have changed the movement from organic to Big Organic.

From 2007 to 2016, organic food sales more than doubled in the US, from a little under $20 billion per year to well over $40 billion, and giant corporations such as Amazon, which acquired Whole Foods in 2017, have entered the market in the hopes of profiting off consumer trends.

Ironically, in many ways the organic industry has become the very thing it once claimed to be the exact opposite of. In 2017, Monsanto, the largest developer of genetically modified food products, raked in 7,937 million in gross profit. Whole Foods raked in 5.4 billion.

While it might still pretend to be the benevolent, overalls-wearing angel on our shoulder, looking out for the best interests of consumers and the environment, it is actually a suit-wearing businessman trying to turn a profit.

So, why does this matter? Why shouldn’t we celebrate the success of Organic instead of acting the part of disinterested and snobby hipster, condemning a movement for becoming ‘mainstream’?

So, why does this matter? Why shouldn’t we celebrate the success of Organic instead of acting the part of disinterested and snobby hipster, condemning a movement for becoming ‘mainstream’?

Yet, any argument that Organic entering the mainstream is ‘successful’ or ‘for the best’ ignores the moral and ethical price Organic paid to reach these heights. Organic’s ‘sell out’ matters because, in doing so, it jeopardized it’s identity. In becoming a profit churning machine driven by the bottom line, it sacrificed the transformative potential of the movement.

This is made evident by the numerous problematic practices in the movement.

One of the biggest selling points of the organic industry is the claim that organic food has more nutritional value than non-organic food, in part because it’s free of supposedly harmful chemicals and toxic pesticides.

“Organic foods get their nutrients straight from healthy, rich, organic dirt,” claims organic food company Nature’s Path. “If the dirt is healthy then there should be no need for fertilizers. Non organic crops get their nutrients from synthetic fertilizers made from fossil fuels. Years of not replenishing the soil with organic matter forces farmers to add synthetic fertilizers. This leads to nutrient deficient crops grown from the same thing that fuels our cars. We’ll let you make up your own mind on this one.”

However, outside of studies sponsored by the organic industry, there’s very little evidence to support the claim that organic food is better for you. A 2012 study out of Stanford University also found little evidence to suggest there are health benefits to eating organic. “If nutritional value is the sole criterion by which we compare organic and non-organic, there isn’t much difference between the two,” concluded Dena Bravata, the senior author behind the study.

Outside of studies sponsored by the organic industry, there’s very little evidence to support the claim that organic food is better for you.

Of course, nutritional value isn’t the only supposed benefit to organic food; it’s also been said that it is better for the environment. The Food and Agriculture Organization of the United Nations cites long-term sustainability, healthier soil and water due to a lack of synthetic fertilizers and pesticides, and the absence of GMOs as some of the advantages of organic agriculture, but many of these claims are up for debate. In fact, Nobel Prize-winning agronomist Norman Borlaug, who is often credited with inventing modern industrial agriculture, said there shouldn’t even be a debate.

“Even if you could use all the organic material that you have—the animal manures, the human waste, the plant residues—and get them back on the soil, you couldn’t feed more than 4 billion people,” Borlaug says. “In addition, if all agriculture were organic, you would have to increase cropland area dramatically, spreading out into marginal areas and cutting down millions of acres of forests.”

“Not only do both organic and conventional farmers use pesticides,” he says, “in many cases they use the same pesticides.” And so-called “natural” alternatives to pesticides are often ineffective and just as toxic as their synthetic counterparts.”

Yet, faced with these problems, those who support Organic might criticize this article for nitpicking. Every movement is somewhat flawed and to use these flaws as cannon to condemn the entire practice would be ill-advised. After all, simply because the bathwater is riddled with pesticides and profit prioritization, does not mean we throw out the baby too. Yet, in this case, the poisonous water has condemned the baby. In other words, the organic industry needs an entire restructuring because it is not superficially flawed, it is fundamentally flawed.

Simply because the bathwater is riddled with pesticides and profit prioritization, does not mean we throw out the baby too. Yet, in this case, the poisonous water has condemned the baby.

If the Organic industry still prioritized the principles upon which it was founded, which, according to International Federation of Organic Agriculture Movements, are health, ecology, fairness, and care, they would be motivated to tackle current problems. In fact, the industry shows no signs of addressing concerns. In fact, through deceptive marketing tactics, they continue to double-down on claims that organic is safer for consumption and better for the environment than conventionally produced foods.

Meanwhile, the small organic farmer, who never sold out to “Big Food,” is finding it harder to make a living as big companies take over the market with promises to lower prices.

“Already, sales of organic goods are moving away from mom and pop outfits toward huge retailers such as Costco Wholesale, Wal-Mart Stores, and Kroger,” says Shruti Singh of Bloomberg.

This is significant because local, small farmers were once the backbone of the movement yet, due to current practices, they are being pushed out. The bigger organic gets, the more it loses sight of its origins as an alternative to conventional agriculture, one that puts the environment and the consumer over money. As the industry has grown, a fifth principal has taken precedence: profit.

If things continue at this rate, the only players left in the industry will be “Big Food” and “Big Organic,” who are more alike than they appear.