No items found.
Product is not available in this quantity.
The Pig
The Thin Line Between Black Forest Ham & SPAM
Spam, the villain of the deli market, is the antithesis of the healthy darling of deli meat: Black Forest ham. Right?
Logan Pay
1/15/2018 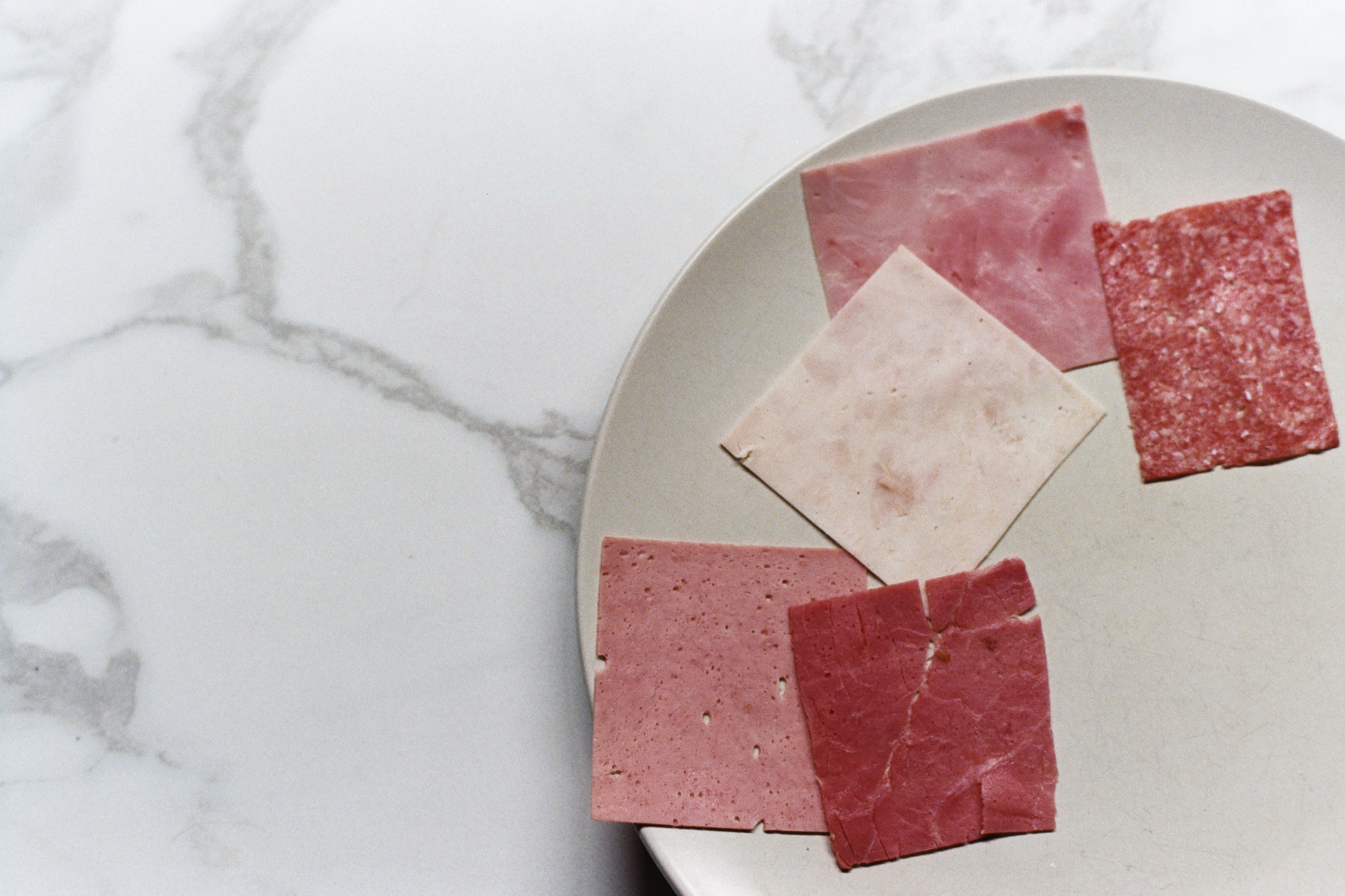 Spam is the only mainstream product designed for human consumption that looks, smells, and tastes like reconstituted dog food, made from canned bits of pork that are sometimes referred to by detractors as “mystery meat”.

The assumption most make about SPAM is that it is incredibly unhealthy to eat. Correct.

Ham, by comparison, is made by dry-salting, brining, or smoking the hind leg of a pig. Ham can be additionally flavored through this process, lending to an oft mouthwatering array of flavorful possibilities. One of the more popular varieties is “Black Forest” ham, the name being derived from a classic type of smoked ham that emerged in a region of the same name in Germany. Fast forward to today, and Black Forest ham is well known in North America, and can be easily found at your local supermarket.

If a survey was conducted, the public would assert that Spam is the anti-thesis of healthy: so far from the ‘organic’ Kale found in grocery isles at Whole Foods that it is fast approaching the end of our Solar System. It is likely that those same people would also agree that Black Forest Ham is, in comparison, healthier. However, the reality is not so black and white: unfortunately, not all ham is manufactured equal.

A brief introduction to methods of ham production. Classic “Black Forest” ham is bordering on an art form. It will often have the bone removed, and is cold-smoked to give it a characteristic black outside and flavor, and can take three months to produce. Traditionally, the smoking process is achieved by burning hardwood, sawdust, or oddly enough, corn.

Yet, not all Black Forest hams are works of art. Smoking can also be achieved by adding “liquid smoke” that was derived from condensation gathered by the burning of the previous fuels. Because of the bactericidal properties of smoke, the meat product can only be marketed as “smoked” if the liquid was added to the meat by being vaporized (meaning heat was used in the process) or if it was packaged in “liquid smoke” infused casing. Alternatively, the cheapest ham simply inject the liquid smoke directly into the meat. This cheap ham will be dubbed “smokey” or “natural smoke flavor”. These products are guaranteed to contain liquid smoke as an additive.

Yet, not all Black Forest hams are works of art. Smoking can also be achieved by adding “liquid smoke” that was derived from condensation gathered by the burning of the previous fuels.

Yet, regardless of how its smoked, research points to harmful effects inherent to this process. Consumers may want to avoid eating smoked ham because of drastically increased numbers of “polycyclic aromatic hydrocarbons” (organic byproducts of the smoking process) that can be found in the meat. There have been numerous studies tying PAH compounds increased risk of cancer. These can be added through the traditional smoking process and the liquid smoke methods.

On the other hand, SPAM, the ‘unsightly’, ‘unhealthy’ villain of the deli masquerade, is not smoked and has less PAHs present. Instead of smoking, Spam uses sodium nitrate as a preservative. It is important to note that research shows nitrates can form because of these preservatives, and they too have been linked to cancer. However, the studies do not support the narrative that Spam is significantly worse than real meat for carcinogen exposure. As it stands currently, the link between m-nitroso compounds has not been studied as extensively as PAHs have been, so for now it appears Spam and smoked ham are surprisingly even in the category of potential sources of cancer.

However, the studies do not support the narrative that Spam is significantly worse than real meat for carcinogen exposure.

But let’s forget about the smoked question for a moment and focus on ham. The pork meat itself is straightforward, right? It’s just the back leg of a pig, sawed off, cured and waiting to be cooked. Wrong. Depending on how much money you spend, that may or may not be true.

Enter meat grinding and transglutaminase, an enzyme that is excellent at bonding proteins together. As such, it is used often in the meat industry to “glue” different cuts of meat together. Much of the cheaper delicatessen ham in North American supermarkets is made this way; by grinding up cuts of meat from many animals and adding the transglutaminase to ensure that it all stays together. The fact that classic Black Forest ham often had the bone removed helps to hide the fact that deli meat could be ground up and simply formed to look like a standard ham.

Prices for any meats made this way can often be lower (and more attractive to customers) because “bad” cuts of meat can be ground and added instead of being thrown away, thereby increasing the amount of product and decreasing the cost of its production.

Much of the cheaper delicatessen ham in North American supermarkets is made by grinding up cuts of meat from many animals and adding the transglutaminase to ensure that it all stays together.

While Health Canada does consider formed ham safe, they also have a limit on the amount of ground ham trimmings that can be added (15% of total weight). Any more than that, and the packaging is required to contain a rather ambiguous of oft-ignored label that says, “a proportion of ground ham added”. Anything less than 15% however, does not have to be declared on packaging.

This also has potential for spreading disease, as a bad or contaminated piece of meat could make its way into many formed meats in a processing facility. It's not common, but it has happened as recently as 2008 when, in Canada, an outbreak of listeriosis from deli meat killed 24 people. It’s also happened to our Southern neighbors more than once, both in 2000 and 2002.

It should be noted that these outbreaks are incredibly rare and they effect very few people when they happen. Although it seems like every other week there is some sort of health scare pertaining to the meat industry, it is very rare that any of these scares have substantial weight.

Like ham, Spam is also comprised of separate cuts of pork. Like ham, these are often the undesirable cuts that would not otherwise make it to consumers. So, the last vestige of comparison that is available to prove that ham is superior to Spam is the nutritional value.

Taken from Spam’s website, a 56g can of Spam is said to contain 180 calories, 16g fat, 7g protein. Taken from Maple Leaf’s website, 64g of smoked black forest ham is said to contain 60 calories, 1g fat, and 13g protein. So yes, there is a difference between ham and spam. Spam contains more calories, more fat, and less protein. But the difference isn’t as severe as expected, especially considering that you can get 340g of Spam for $3.48 before taxes and I paid the same amount yesterday for 100g of Black Forest ham at Choices. This is not a relevant price difference for similar quality meats.

Ultimately, is Spam unhealthy? It has approximately sixteen times as much fat as another common brand. Yes, absolutely it is. Spam should be consumed in moderation. However, it is only barely less healthy than normal deli ham, so long as you don’t factor in the damage Spam will do to your nostrils while cooking it.

So yes, there is a difference between ham and spam. Spam contains more calories, more fat, and less protein. But the difference isn’t as severe as expected, especially considering that you can get 340g of Spam for $3.48 before taxes and I paid the same amount yesterday for 100g of Black Forest ham at Choices.

To say that deli ham such as Black Forest is any more deserving of the “healthy” label than the affront to cuisine that is Spam is to be ignorant of the meat industry manufacturing processes that are responsible for creating both pork products. It is also to be subject to the manipulative marketing that plays on romantic notions of traditional butchery in the faraway forests of Germany.

The Champagne of Meats: Europe Called, It Wants Its Black Forest Ham Back