ISSUE
-
Watermelon
The Future of the Watermelon 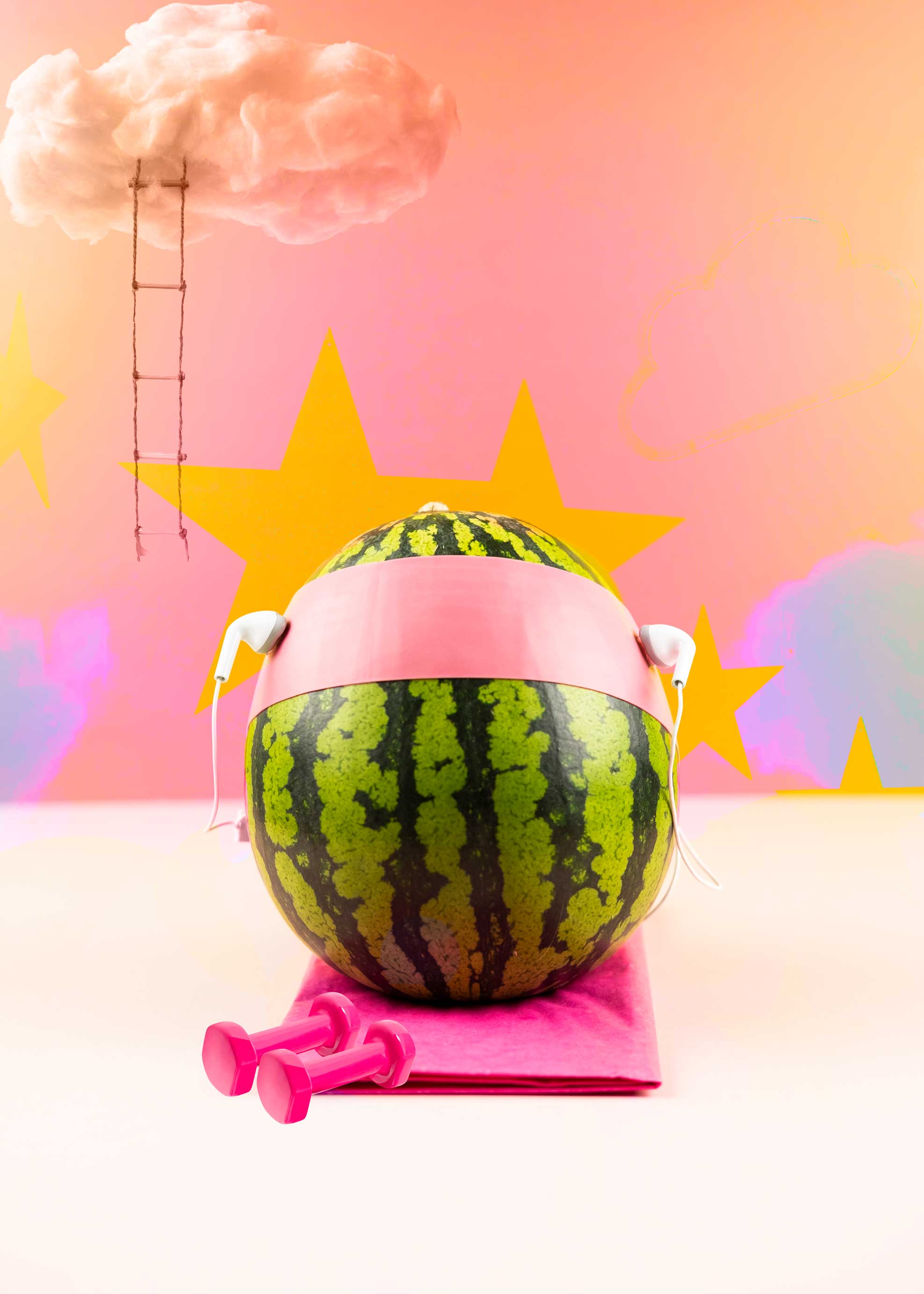 “During the time people have carried out domestication or breeding, for periods they only focused on the fruit quality, and people were taking care of the plants, so the fruit got kind of spoiled. It said to itself ‘I don’t need this diversity, I can give it up. I don’t need this gene…’ and so those genes were lost.”

That coddling led to the loss of biodiversity in watermelons that Dr. Fei and his team at Boyce Thompson Institute were able to track with their Watermelon Genome Project. They found that centuries of domestication had drastically reduced the commercial watermelon’s genetic diversity—especially its ability to survive disease.

Why is that important? Without the genetic material that helps watermelons survive extreme conditions, this important crop will become increasingly difficult to grow as the climate crisis worsens.

Watermelons have been with us for a long time, almost 5,000 years according to some data, and are believed to have originated in the deserts of Africa and the Middle East. Dr. Fei’s team recently mapped a Sudanese melon that they believe to be the progenitor, or ancestor plant of the modern-day watermelon. Known as the Kordofan melon, this ancestor plant would have had a whitish pulp, demonstrating just how much the modern watermelon has evolved.

“Sweet dessert watermelon (Citrullus lanatus) is among the most important vegetable crops grown and consumed throughout the world,” says Dr. Amnon Levi from the USDA, who participated in the genome mapping project with Dr. Fei. “[G]lobal annual planting [is] more than 3,400,000 hectares and production [is] over 102 million tons ... it is considered a healthy fruit with a large number of phytochemicals beneficial for human health.”

The centuries of breeding for sweeter, redder, juicier watermelons has meant many of the fruit's previous traits have disappeared. Dr. Fei and his team found that watermelon's country cousins—they worked with six wild species from continental Africa—are much hardier. While they may be less sweet, have tougher flesh, and have unfamiliar colours for a watermelon, these wild relatives can survive all sorts of harrowing situations—drought, disease, and extreme weather.

Enrique Rameríz has been growing domesticated watermelon on his 12-hectare ranch in Zacatecas, Mexico for the past four years.

“I was the first in Zacatecas [to grow watermelon],” he says, explaining that the farm produces 400 tons of watermelon on each hectare along with beans, other melons, tomatoes, and an extensive list of other crops. “Where we are [watermelon] grows better because the soil is softer, not so rocky like in Torreón [Coahuila].”

Watermelons were brought to Mexico by the Spanish colonizers 500 years ago, and today the country is one of the largest exporters worldwide, producing 1,345,705 tons in 2019, according to the U.N. Food and Agricultural Association.

Most watermelon in Mexico is grown in large commercial farms that produce the classic, green-on-the-outside, red-on-the-inside variety. These varieties—Diploid Watermelon, Watermelon Melona, Round Watermelon and Seedless Watermelon—require large amounts of water in places like Sonora and Chihuahua, where water is already at a premium.

Despite Zacatecas experiencing some of the worst drought levels since 2012, Rameríz says he’s not worried about water for his melons.

“I use drip irrigation, so there isn't any waste. I can water all 12 hectares in about four hours. On other farms that use open irrigation it might take them days to water that much.” He saves not only water but also on the electricity it takes to run a pump for days at a time.

Rameríz produces two varieties of watermelons, one from Mexico and one from the U.S. He saves thousands of seeds for the following year's harvest from his Mexican variety Ochocientos, which he says over the past four years has adapted to the specific make-up of his soil on the ranch.

Levi agrees. “Maintaining wide genetic biodiversity is the key for crop improvement. Our objective is to continue to use the genetic diversity that exists in nature.”

Farmers are supported in collecting a diverse array of seeds and genetic material for international seed banks by programs like the USDA’s National Genetic Resources Program (NGRP) or organizations like the German body Crop Trust. However, local farmers' ability to save seeds is constantly threatened by big seed companies and breeders, which are backed by international agreements like the International Union for the Protection of New Varieties of Plants (UPOV).

These agreements give proprietary rights over improved or modified seeds (that are then patented) to the company or person that ‘improves’ them. This means anyone who wants to use those seeds in the future would have to pay—or face the consequences.

As the debate over seed saving rages on, the public is also pushing back on genetic modification in general. Before you start thinking of Frankenfoods and Round-up ready corn, the reintroduction of genetic material from wilder species, similar to those associated with watermelons, doesn’t always fit under the GMO label.

That’s because most of these enhanced varieties are still created the old-fashioned way; breeders cross-breeding plants and painstakingly selecting fruit for specific characteristics over a period of years or decades. The science is at least more precise today, enabling breeders to test seedling for genetic markers such as sweetness, for instance.

The other way to reintroduce some of these more durable traits—stress tolerance, drought resistance, disease resistance—is through new CRISPR technology, which essentially takes a snip of genetic material from one watermelon and inserts it into another.

This technology is considered by some critics to be just as bad as other kinds of genetic manipulation, but many scientists argue that because foreign DNA is not used, this doesn’t constitute GMO in the way we commonly understand it. Additionally, Dr. Fei says this kind of technology can reduce traditional breeding times by years, and develops watermelons that are better able to handle challenges faster.

For this year at least, the Rameríz farm has more urgent (and more furry) problems than climate change and loss of biodiversity.

“Our biggest issue is rabbits,” Rameríz says, explaining that watermelon seedlings are a tasty temptation to these four-legged friends.

“We put food and water out for them so they won't eat the watermelon. I mean, after all, we're the ones invading their space.”

The farm is also using organic fertilizers on both the plants and the roots of the watermelon to keep insect infestations and the famous watermelon killer—root fungus—at bay. Eight hundred workers join the farm team each year to pull weeds by hand and harvest. Could an amped up, disease-resistant watermelon variety lighten his load in the future?

Agriculture will need to embrace traditional sustainable practices and scientific innovations in order to survive our rapidly changing climate. Rameríz’s work, and others like him, to farm more sustainably, will be a key part in agriculture's survival and thriving, as well as the work being done by scientists to map plant genomes and to conserve biodiversity. There are plenty of collaborations that incorporate science and environmental best practices in agriculture are already underway across the globe. The future of the world’s most ubiquitous summer treat is in their hands.