No items found.
Product is not available in this quantity.
The Egg
The Bloody Business of Beluga Caviar
In the criminal caviar game there are three players: the rich consumer who demands, the desperate poacher who provides and the innocent Beluga Sturgeon, who dies.
John Gray
11/1/2017 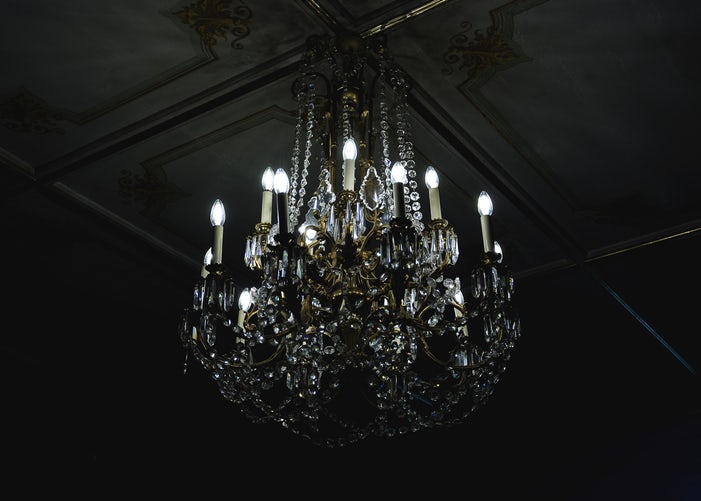 There is a steep price paid by those who live and die providing caviar to satisfy today’s jet-setting palettes.

In the criminal caviar game there are three players: the rich consumer who demands, the desperate poacher who provides and the innocent Beluga Sturgeon, who dies.

All are intertwined in a geopolitical battle of supply, demand and die. Who wins the game has huge implications for the survival of a fragile, rapidly deteriorating ecosystem.

It is described as “extremely mild, with a buttery flavour.” It boasts of being “exquisitely delicate, soft and smooth, with a hint of sweetness to a slight nutty flavour.”

It is the bedfellow to flutes of champagne averaging at $270 per ounce and tiny mounds of saffron, priced at $300 per ounce. It is the accessory to diamond studded opulence.

Yet, much like the diamond, it is stained with blood.

The Beluga Sturgeon, an ancient species that survived the dinosaur, is in the midst of a life and death struggle. Naturally occurring in the Caspian Sea, the Beluga Sturgeon swims the waterways bordered by Russia, Kazakhstan, Turkmenistan, Azerbaijan, and Iran.

Currently placed on the Red List by The International Union for Conservation of Nature (IUCN) it is considered one of the most endangered species. At the turn of the millennium, the sturgeon population in the Caspian Sea equaled 200 million, according to the Convention on International Trade in Endangered Species of Wild Fauna and Flora. In 2008, this number had dwindled to 60 million. Accordingly, 19 out of 27 sturgeon species in the Caspian Sea have entirely disappeared.

Nevertheless, demand for the endangered species remains high. Due to its apparently superior taste, Beluga Sturgeon caviar has surpassed the eggs produced by its compatriots, like the herring, hake, and tuna, to reach iconic status. Much to the dismay of the Beluga Sturgeon population, their eggs have earned a place at the top of our culinary food chain.

The Fall of the Wall and the Rise of Criminal Caviar

Putting an end to the caviar trade and slowing down the extinction of the Beluga Sturgeon is not a matter of Russian policy. While a legally regulated caviar trade does exist, the black market is more powerful and, as such, has a greater impact on the beluga sturgeon population.

According to The Illegal Trade in Black Caviar, a paper published in 2016 by the journal Trends in Organized Crime, the annual value of legally exported caviar by the top Russian exporter is estimated to be somewhere between $40 and $100 million. In contrast, the illegal exportation of caviar is worth no less than $250 to $450 million.

Yet, the Caviar Criminal game of chess is not simple. It is driven by a complex context born from the rise and fall of the Soviet Union.

According to ‘The Illegal Wildlife Trade: Inside the World of Poachers, Smugglers and Traders’, a 1997 book by Daan R. van Uhm, during the Soviet Union the Dagestan region, located off the Caspian Sea, was heavily dependent upon the catching and processing of fish. With the collapse of the socialist Soviet market, the fishermen in the region found themselves unemployed. Faced with new socio-political realities poaching was the only way for many people to feed their families.

In other words, the sturgeon and caviar became the quintessential commodity in a marketplace of anarchy.

And it’s not hard to see why. With livelihoods on the line, and a single female sturgeon offering profits of $5000USD, the willingness to hunt a species into existence is understandable.

However, while born from desperation, the fishing of beluga caviar is not a disorganized operation. Poachers don’t operate in a void. It takes a well developed and often highly sophisticated criminal network to meet the demand of a finely tuned, discerning marketplace.

The identified lengths of the criminal caviar organizations are extensive, including several respondents pointing to aquaculture operations that are ‘laundering’ (switching) wild-sourced caviar into ‘cultivated’ caviar.

Having the means to catch a sturgeon is only a start. Getting the eggs harvested, packaged and delivered to the end connoisseurs means having a supply chain that’s just like moving cocaine out the Colombian jungles. For criminals the weakness in the system to exploit is extensive. There is a lack of jurisdictional cohesion. For instance, CITES' legal role is restricted to international trade, meaning there are gaps between regulation and enforcement on a domestic basis from country to country. In other words, criminals can operate with near impunity because the laws meant to regulate the market for legal caviar cannot be evenly applied or enforced.

While labeling rules are intended to confirm the product’s country of origin, there’s an ecosystem of fake and forged documents. There’s documented evidence of a robust market for the labels, lids, tins, and jars designed that copy many well-known brands. Fraud is a reality, as genetic analyses were done by a fisheries biologist in 1998 found “at least one-quarter of 96 commercially available lots of caviar purchased were mislabeled” in one set of samples, according to a 2016 report by Daan R. van Uhm.

The Unsure Future of the Beluga Sturgeon

The demand for Beluga Sturgeon caviar remains high while the species continues to dwindle. Even if today’s black beluga caviar connoisseurs understood their appetites are effectively outstripping the reproductive life cycle of the species, the odds of the sturgeon surviving the Anthropocene age like it did the age of dinosaurs seem long. As long as Beluga Caviar remains a symbol of status and superiority to what can only be assumed is a disconnected or indifferent group of individuals, the sturgeon will get closer to extinction by the ounce.