No items found.
Product is not available in this quantity.
The Pig
Pig Feet & Crickets
Humans are not born with taste. We develop it. This will prove pivotal to our survival.
Courtney Pankrat
1/15/2018 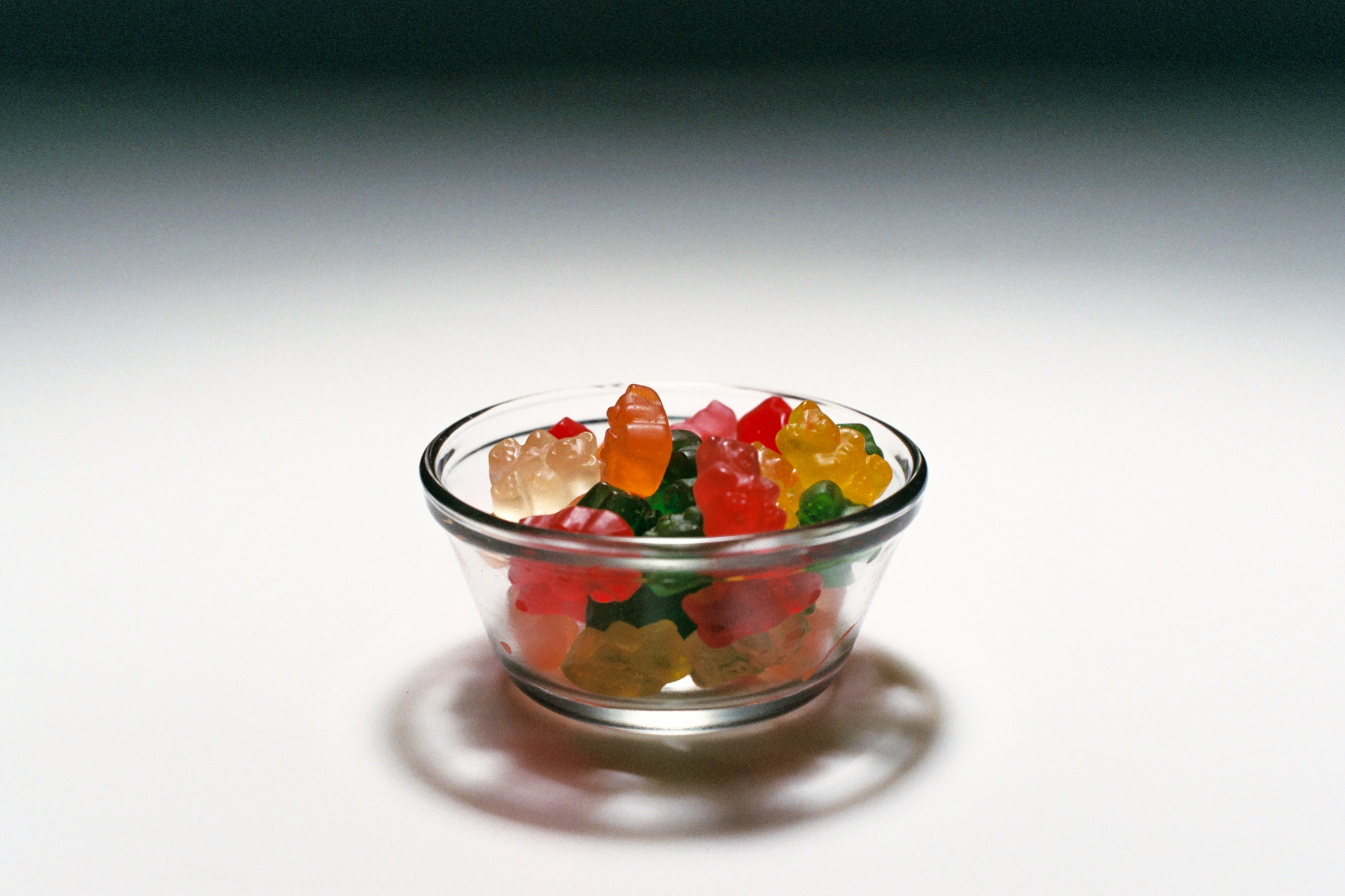 In 2008, in the midst of a crippling recession, British supermarkets started to stock a cut of meat virtually disappeared since the 1950s: trotters.

Trotters, otherwise known as pig feet, hadn’t been a common dish for over 40 years. High in collagen, pre-recession, trotters were almost exclusively used as a thickening agent in gravy. Yet, with the onslaught of a major financial crisis, resourcefulness and a need for cheap meat brought the pig foot back to the mainstream. While grocery stores added trotters to their inventory, restaurateurs experimented with the product on their menu – producing innovative new recipes.

What began with a financial need transformed into a seemingly lasting cultural change. According to The Daily Mail, the British supermarket Waitrose has seen sales of trotters rise 36 per cent from 2016 to 2017. And trotters aren’t the only cut in the midst of a renascence, Waitrose has also seen an increase in sales of pork chops, shanks, and beef brisket.

The return of the trotter speaks to a fundamental truth about food: what we find tasty is subject to economics, culture, politics, and availability.

Worldwide, different cultures have evolved to define various meat eating habits and norms. Not all cultures have come to the same conclusion as to what is edible. In France, snails (escargot) and goose liver (foie gras) are considered delicacies. In Africa, all types of animal bones are eaten without a second thought. And yet, in the North America, most consumers baulk at the idea of eating snails or bones. Clearly, this indicates that the parts of meat that are and aren’t edible is learned not innate.

The return of the trotter speaks to a fundamental truth about food: what we find tasty is subject to economics, culture, politics, and availability.

Yet, it is the constructed, arbitrary and learned nature of our taste buds that will prove pivotal in upcoming decades as humanity struggles with the diet we have created and attempts to replace it with a diet we can sustain.

“The way we consume meat is becoming a problem,” said Brock Bastain in a 2011 article published in The Conversation. “Meat production is resource intensive and has a significant impact on the environment, compared to less resource expensive food products.”

In other words, the human capacity to decide what is tasty, our ability to selective choose what is edible, has lead to consumption habits that pose a grave threat to our environment.

According to the interactive tool from the Water Footprint Network 717.5 gallons of water are required to produce just one pound of pork. In 2016, Americans ate on average around 50 pounds of pork per year. At just over 323 million Americans (in 2016), that’s over 11.6 trillion gallons of water for pork production per year. That number doesn’t even take into account beef, chicken or any other types of meat consumed. That astounding quantity of water is not sustainable, especially as the population continues to grow.

Yet, it is the constructed, arbitrary and learned nature of our taste buds that will prove pivotal in upcoming decades as humanity struggles with the diet we have created and attempts to replace it with a diet we can sustain.

With this population growth, the problem of human created waste is impossible to ignore. Whether or not we want to, eventually, humans will need to find a more ethical path in our food consumption. This may mean that we will need to transcend our arbitrary definition of what is considered edible.

In an effort to research unusual cuts of meat, I decided to visit my local butcher at The Juniper Pig, a new business in the Denver area that supports the local food movement. I came away with a cut of beef called the picanha. This cut is hard to come by in the United States but is common in South American countries like Argentina and Brazil. Sometimes known as the top sirloin cap, the picanha is the top part of a cow’s rump. With minimal research, I simply seasoned the meat with rock salt then grilled it for a delicious yet unconventional dinner.

Yet, exploring adventurous cuts of meat at your local butchers won’t make a substantial difference. To truly curb the effects of mass meat production, more drastic, innovative, and, for the time-being, distasteful measures need to be taken.

In the United States, eating bugs such as crickets is growing in popularity. Although cricket bars remain a novelty, businesses like Edible Insects are springing up around the country touting insects as highly nutritious due to high levels of protein, iron, calcium, and vitamin B12. Sriracha crickets, cricket flour, edible worms and insect candy are just some of the items sold on the Edible Insects website. As unsavory as it seems, in a world engulfed by food insecurity, bugs might eventually become a staple in our diets.

Businesses like Edible Insects are springing up around the country touting insects as highly nutritious. Sriracha crickets, cricket flour, edible worms and insect candy on the menu.

Yet, considering the human track record for consumption cognitive dissidence, eating bugs isn’t too much to ask. Westerners have often been able to separate the idea of what is edible from what they are eating. An example of this lies in gelatin. Gelatin is made from animal by-products but most people probably don’t recognize their nostalgic, colourful and flavourful Jello as containing animal bones.

Furthermore, consider the quintessential case for human cognitive dissidence: meat. In order to reconcile our love of animals and our love of meat, we have learned to ignore the link between animals and meat. Furthermore, we have also become adept at ignoring a meat-based paradox: we don’t eat animal bones but we eat gelatin without issue. Similarly, we don’t eat animal by-products but we have no problem eating hot dogs (which are made of animal by-products).

We’ve become so disconnected as to the source of our food that in a recent British Nutrition Foundation survey children thought that pasta came from animals and cheese came from plants. Fourteen per cent of the children in the national survey between the ages of five and seven indicated that bacon was a product of either a cow, sheep or chicken.

Some people, such as some vegans, argue that eating meat at all is not natural. In her book, Pig/ Pork: Archeology, Zoology and Edibility, Pia Spry-Marques brings up the idea of carnism.

“Eating meat isn’t something we do because it’s inherent in our nature,” said Spry-Marques. “But rather because we’ve been conditioned to do it by an invisible belief system that ‘encourages’ us to eat animals.”

Yet, this mindset is challenged. In a 2016 Time magazine article, Jeffrey Kluger argues that when humans began eating meat 2.6 million years ago, they increased their calorie intake with meat while decreasing the energy needed to eat those calories.

“Prey that has been killed and then prepared either by slicing, pounding or flaking provides a much more calorie-rich meal with much less chewing than root foods do,” said Kluger “Boosting nutrient levels overall,”

The reduction of energy used in eating gave way to brain growth. Therefore, providing the argument that eating meat allowed humans to get smarter.

However, the argument for weather eating meat is natural or unnatural is completely useless. Given the constructed nature of our taste preferences, and our power to control and manipulate these preferences, the ‘natural-ness’ of a product shouldn’t matter. We should instead focus our preferences towards products that are healthy for our bodies and our environment.

Given the constructed nature of our taste preferences, and our power to control and manipulate these preferences, the ‘natural-ness’ of a product shouldn’t matter.

No matter why humans eat meat, the Western diet is currently raising, slaughtering, and eating meat in an unsustainable fashion. Weather we like it or not, we are not going to be able to waste resources at our current rate. We will need to make a change by either cutting down on our meat consumption, embracing crickets as food, welcoming pig feet into our diet or, more likely, a combination of all of these options. Fortunately, a rudimentary review of cultural diets and the history of food makes it abundantly clear that this is a challenge perfectly suiting humanity.