No items found.
Product is not available in this quantity.
Chocolate
Pablo Escobar’s Chocolate Factory
Yes. Snorting cacao powder is a thing. But before you judge me (or applaud me for my ingenuity), I must admit, I can’t take credit for this discovery.
Chris Hergesheimer
3/16/2018 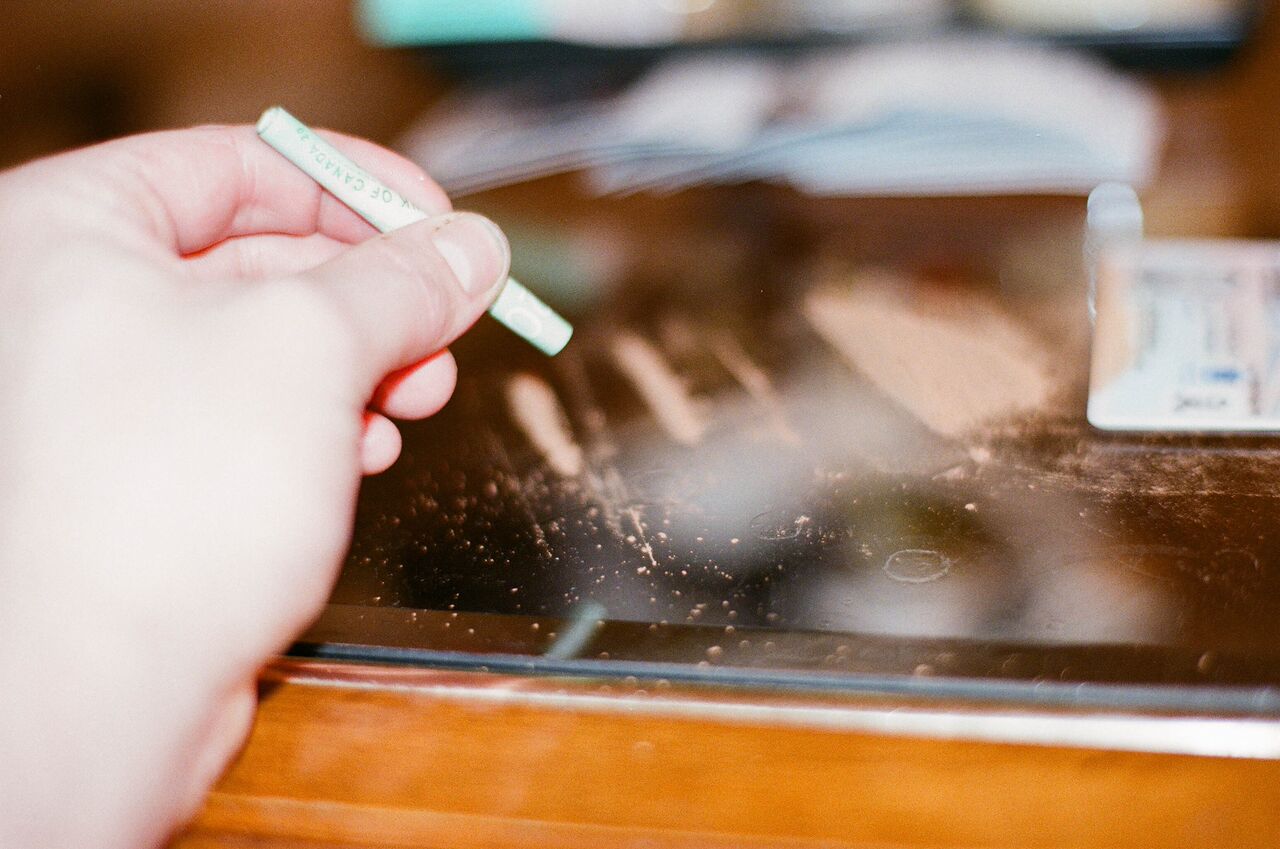 A slightly uncomfortable sensation tingles my nasal passages - slightly more noticeable than the after-fizz of a Mountain Dew.

I battle the urge to immerse myself in Skrillex or Deadmau5 - the kind of EDM that apparently takes your trip to ‘another dimension’, a dimension I’m holding out for while I compose this article.

But no. I’m no hardcore Hunter S. Thompson or Ginsberg. This article isn’t written under the forbidden influence of cocaine, heroin or opium. I’m writing under the influence of a more innocent substance: chocolate.

Yes. Snorting cocao powder is a thing. But before you judge me (or applaud me for my ingenuity), I must admit, I can’t take credit for this discovery.

As snorting any substance increases the rate at which a it is absorbed into the bloodstream,   those seeking the “the holy grail of sugar rushes” have thrown away typical delivery methods and opted for doing lines of sweet, sweet, brown powder.

Using cocoa isn’t a new concept. Long before jaded lovers were binging on chocolate in the throes of heartbreak or women in advertisements imitated orgasms eating chocolate bars, the Mayans and Aztecs used it as part of their pharmacopeia while also riding the cocoa dragon to pure ecstacy. Hundreds of years later, lines of cacao powder (sometimes cut with the same chemicals found in energy drinks) are laid out as an easy means to an oxymoronic ‘sober high’. But where did this modern insanity or ingenuity (choose your preferred noun) come from?

Long before jaded lovers were binging on chocolate in the throes of heartbreak or women in advertisements imitated orgasms eating chocolate bars, the Mayans and Aztecs used it.

Rumor has it that the phenomenon officially began with a 2007 surprise party for some members of the Rolling Stones hosted by a Belgian chocolatier Dominique Persoone. Bored with the concept of a good-old-fashioned desert, Persoone’s company, The Chocolate Line, made a tiny catapult device which launched  cocoa powder into the nostrils. Others claim that cacao snuff was already racing its way through rolled up banknotes into the nostrils of European clubbers well before Persoone catapulted it to greater popularity. Regardless of its origins, sometime after being showcased at an upscale chef convention in New York in 2010, the trend won the hearts and noses of some intrepid North Americans.

A plethora of articles in 2016 and early 2017 chronicled the rise of the trend—some applauding the legal and sober fun it brings, some bent on downright ridicule, others addressing safety concerns. A few years ago, it wasn’t hard to find some in Vancouver if you knew the right people. Berlin nightclubs have created monthly ‘sober’ events around it, and partygoers at a particular festival in LA are welcomed with a ‘cacao ceremony’ upon their arrival. Reports suggest that 25,000 catapult devices designed after Persoone’s were sold as of 2017.

But just because something makes headlines, is done by the ‘kool kids’, and is perfectly legal, doesn’t mean it is perfectly safe.

But just because something is covered and celebrated, done by the ‘kool kids’, and perfectly legal, doesn’t mean it is perfectly safe. According to a 2017 article in Forbes, Legal Lean—an American company which created a product called “Coko Loco” - claims the product brings an “endorphin and serotonin rush” as well as “euphoric energy and calm focus”.  Legal leans product amps up cacao powder with energy drink compounds. Yet, last year, warnings were issued from sinus specialists in New York , emergency medicine specialists in Kentucky and warnings from the US FDA as a whole. And maybe this targeted attack worked, the Legal Lean website no longer sells cacao snuff.

Yet, safety precautions might not be the only complication.  Intuition leads us to believe cacao snuff is a sweeter, cheaper, less risky, and less illegal alternative to playing around in the cocaine or ecstasy value chain - for everyone involved. But much of the cacao bean value chain isn’t exactly guilt free.

Intuition leads us to believe cacao snuff is a sweeter, cheaper, less risky, and less illegal alternative to playing around in the cocaine or ecstasy value chain.

Most of the cacao powder one might snort relies on the same type of complex supply chain and same business philosophy of other illicit powders. It starts as a small farm, livelihood-oriented product. But it is not Indonesian or Ecuadorian ravers utilizing their own national product; in fact, they don’t even own the powder. The powder, one of chocolate’s ‘post process products’, is still many steps away from absorbent markets. In the same way that small-scale coca leaf farmers in the Andean foothills or poppy farmers in Afghani mountain valleys are mere suppliers, Indonesian cacao farmers fuel a process that extends way beyond their reach and influence.  All too soon it is big post-production players throwing their capital and weight around to control and concentrate, distribute and dominate.

Dried and fermented beans are traded and graded. Through this process, simple beans from simple origins fall deep into the many of the same complexities characteristic of the global food system. They are now a globalized “soft commodity”, one that traders in New York and London shout about in boiler rooms or on Bluetooth headsets. Cocoa futures contracts prevent the risk of ‘adverse price movements’. Speculative purchases and pricing are modeled and new contracts slide downstream all the way back to dictate the livelihoods of family farms.

With over 1.3 million tonnes of cacao powder projected to be moving around by 2026, it’s impossible to be naïve. Any way you cut it, most cacao powder is a product of global capitalism controlled by a few who profit. Willy Wonka could have been the Pablo Escobar of cacao powder.

Any way you cut it, most cacao powder is a product of global capitalism controlled by a few who profit. Willy Wonka could have been the Pablo Escobar of cacao powder.

Yet, this ethical argument against cacao snuff might seem redundant. Of course, any analysis of the chocolate industry - or most agricultural products - will conclude the same way: most of what we eat is sourced in an ethically squeamish manner. Yet, a critique of the supermarket friendly products - the ones wrapped in foil and decorated with popular children's characters - typically falls on death ears. It is hard to be critical of what we know and love. Perhaps the convenient comparison to cocaine, a drug we’re used to demonizing, allows us to view our intrinsic supply and demand conundrums with more clarity.  Perhaps clarity will lead to a critical analysis of the stuff that enters our body - regardless of how the substance enters in the first place.