No items found.
Product is not available in this quantity.
The Egg
The Golden - Yet Toxic - Modern Egg
The fable of the golden goose applied to today's egg industry exposes a troublesome truth.
Chris Hergesheimer
11/1/2017 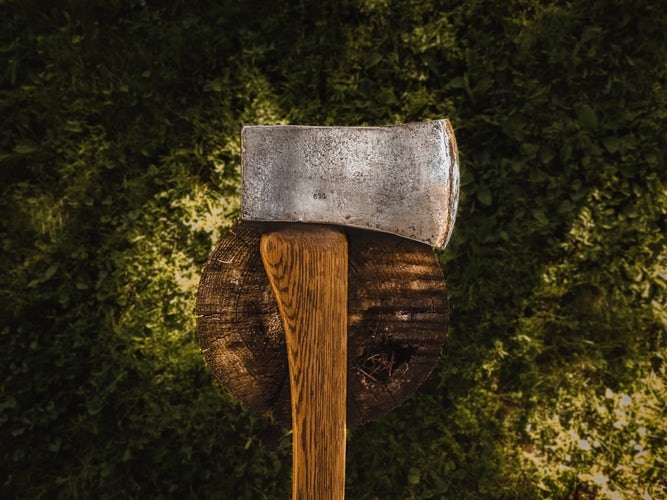 One day, a countryman going to the nest of his goose found there an egg all yellow and glittering. It was heavy as lead. He was going to throw it away, because he thought it was a trick. But after careful thought, he took it home. He looked closer, and discovered that it was an egg of pure gold.

The next morning he went to the nest, his pace quickening as he approached. There he found a second egg, as large and heavy as the first.

The countryman took the golden eggs to market, and sold them for a heavy pouch of silver. Every week he would collect the eggs, and every weekend he would sell the eggs for silver.

But as the coins jingled in his pocket, his greed grew. He began to imagine how many eggs must be inside the goose, just waiting to be taken and sold. These thoughts grew more frequent, consuming his days and nights. One day, overcome with anticipation, he grabbed the goose by its neck, thinking to get at once all the gold it could offer. He put the goose on a chopping block, and with one fell swoop, killed it with an axe.

Slicing it open, he found inside…nothing.

The fable of the goose who laid golden eggs may be familiar to some readers. Different renditions abound however the moral of the story is consistent: those who focus on immediate and greater wealth override their incremental fortunes, and end up losing all.

But let us imagine a different cast of characters and see if the moral changes.

Let the countryman be represented by an agribusiness giant. We could choose one of approximately 300 companies in the United States, all who manage more than a billion caged birds. Or perhaps the farmer can be played by the global egg market, an industry that owns six billion hens producing a trillion eggs a year according to a report by Compassion in World Farming.

Playing the part of the golden goose, let’s meet unremarkable, low-end layer number 221-B: a hybrid white leghorn chicken, the most common breed and the backbone of industrial egg production.

Of course, a chicken egg is not actual gold but the chicken nevertheless produces 64 million metric tons a year, according to WATTAgNet report. Global sales are estimated to reach/surpass $50 billion.

Now that we’ve updated our cast of characters, the story changes.

Once upon a time, chickens roamed around family farms. Eggs were gathered from the nests and brought to the kitchen, with occasional surplus sold in local markets. But this idyllic lifestyle had risks. Chickens got sick, were eaten by wild animals, even cannibalized each other.

One day, a countryman had an idea – a new way forward that would maximize production. To keep the birds separated, he built individual cages, reducing the hen’s movement and increasing egg output.

The industry grew – but this growth was unequal. The countryman felt the most profitable model was to consolidate operations, bringing production, packing and processing under one roof.

The new model brought ever more profit for the countryman, and while the birds natural behavior was curtailed, the birds nevertheless slaved to lay golden eggs.

Agribusiness hasn’t yet killed the golden goose. Agribusiness, after all, is a business – one driven by strategic plans, calculated outcomes and long-term investment. It is not a blind greedy countryman.

Yet, the golden goose of industry hardly resembles a bird in any traditional sense. In redefining chickens as mere biological mechanisms that transform grain into protein packages, the countryman/ agrigiant hybrid has designed a system that prioritizes efficiency, not ethics.

Like the ill-fated character in the original tale, the industrial agribusiness countryman believes the chicken holds a little more ‘potential’ inside – perhaps unlocked through a scientifically managed diet, through restriction of ‘unnecessary’ movement, developing vaccines to combat disease, and culling birds when production declines.

And we, the market goer, are complicit in enabling the countryman for we can buy eggs for a few meager pieces of silver. And here lies the rub.

What the fable doesn’t show is the end user: the consumer. As consumers, we claim to want cage free, humanely raised birds yet, we also want eggs that are affordable. Paying sky-high prices for happier chickens would leave most customers shell-shocked. After all, in a world where the countryman is driven by maximizing profit, the price the consumer is willing to pay dictates the quality of life of the chicken.

Our updated fable needs to include the role of market buyers as active agents in the decision-making process of agribusiness. Research has shown that socially conscious consumers can use their purchasing power to help remodel systems to better align with their personal values and ethics. There are templates from past success where consumers drove much-needed change, examples include workplace safety regimes and increased environmental protections. Even in the egg industry, technological advancements are near changing the long-held practice of culling millions of male chickens a year. The popularity of ‘cage-free’ systems, while fraught with problems, testify to the power of the consumer.

Consumer awareness can drive change. Yet, perhaps those calls for change will not be drastic enough. While cage-free systems, for example, are a step in the right direction, they will take time to phase in and they will cut into profits.

More drastic changes could be inspired by selfish survival instinct, on behalf of the consumer and industry. After all, in 2015, the Avian Flu scare brought us an apocalyptic vision as pyres of dead birds were incinerated in an attempt to stave off disease.

As the industry is pushed to dangerous levels, lowering the axe with every contagion and animal rights violation, will the industry implode upon itself? Or perhaps, will public awareness campaigns for a cage-free future push agribusiness towards a sustainable and humane model? This seems too optimistic. Consumer decision-making is a complex beast; purchasing behavior precariously balances price, convenience, food fads, ethics and social considerations. While the industry prepares for a huge switch to more ethical, cage free eggs based on consumer demand, the question remains as to what consumers will really buy. Some data suggests it will still be the cheap eggs riddled with ethical and environmental costs.

One thing is certain. Status quo thinking is NOT viable when the goose’s needs are made part of the story. So, let’s rethink our role as consumers. To turn the tale on its head, perhaps it is time to lower the axe, not in search for immediate wealth but because the consequences of continuing on are too high.

To do this, we must ask some hard questions.

Can a coordinated, global consumer boycott, or absurdly high taxes on products produced via inhumane methods, actually change the system?

What other realistic options exist for swinging our axe and taking down the system?

If it should be decided that the quick death of a system is better than the suffering of billions of chickens, we, unlike the farmer in the fable, must anticipate and accept the consequences. These consequences are a tall order. Rather than just a farmer’s greed resulting in a single dead goose and a family losing its economic livelihood, this drama plays out on a global scale – potentially impacting the food security of billions because, as one of their affordability, eggs are consumed by more people worldwide than any other animal product.  In other words, quickly rising egg prices need to offset the costs of an improved and updated global system otherwise there will be a drastic reduction in output that would have a huge impact on the livelihood of billions of people. Any shortage will result in the disproportionate suffering of the poor, those unable to pay the increased price resulting from low supply.

Whether we adhere to the original tale or the updated version, the fate of the goose is still bound up in the hands of humans. Should we try and kill the goose (the whole industry as we know it) before agribusiness senses our revolt and placates us with a golden egg a day? Or should we be willingly placated, choosing to protect our dietary habits from the suffering that follows revolution?

These are complex questions that confound any discussion of the chicken egg industry. However, one thing is clear; this is no longer a simple tale of a single countryman and the perils of greed.