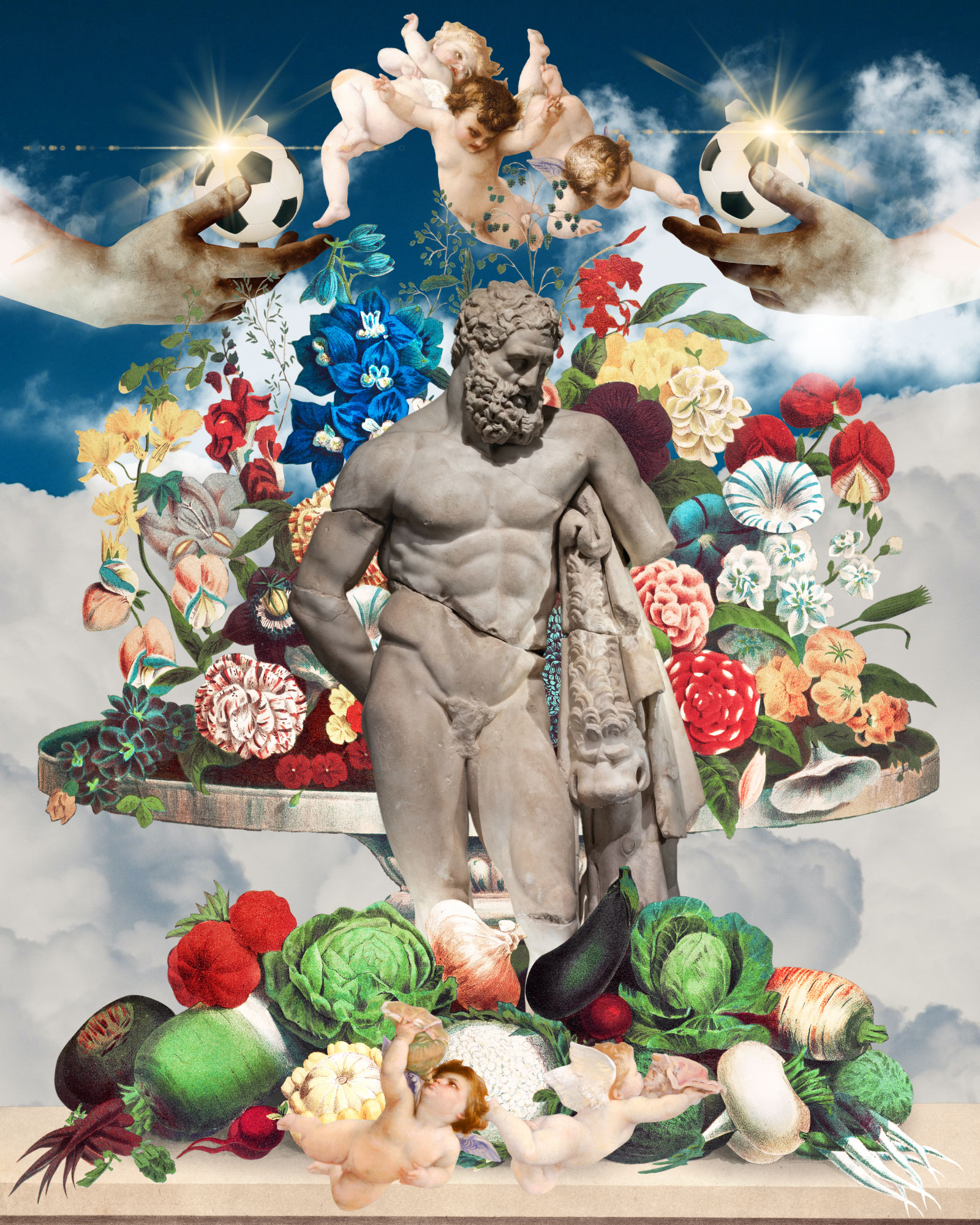 When Arsène Wenger arrived at Arsenal Football Club from Japan in 1996, he was walking into a very different culture. He was taking over a soccer team with a notorious drinking culture and bad eating habits. After what he’d seen in Japan, he set about revolutionizing the team’s approach to diet, nutrition and fitness. But he can’t have known he’d change the sport in the process.

Arsenal, who were managed by Bruce Rioch at the time, were transitioning. Before Rioch, manager George Graham had presided over immense success at the north London club, but now change was needed. Graham, for instance, had also encouraged heavy drinking amongst the players, including the club’s notorious ‘Tuesday Club’ — a regular night out of heavy drinking organized by captain Tony Adams, which they both thought enabled team bonding. Before games, the team were eating burgers and pie and chips.

Before joining Arsenal, Wenger coached Nagoya Grampus Eight in Japan, and the Japanese culture had a massive influence on his approach to diet.

‍
“The whole way of life there is linked to health. Their diet is basically boiled vegetables, fish and rice. No fat, no sugar. You notice when you live there that there are no fat people", he famously said. And this is the approach he took to hard-drinking, pie-eating Arsenal.

He banned casual group drinking between the players and removed all alcohol from the players’ lounge. Pie and chips before games was now out, too. Chocolate was banned, and even apple pie for dessert was made healthier by removing the custard. Wenger often shared his belief that in England he thought people ate too much sugar and meat and not enough vegetables.

Former Arsenal player Nigel Winterburn once said that even when the players went away, there was no trying out local street food or snacking from the snack trolley. “When we used to travel away we used to use the train quite a lot and you used to see the guy or the lady coming through with the trolley, all the cakes and everything, and he used to just stand up and shake his finger,” Winterburn said.

To back up his approach, Wenger worked with dieticians who explained the benefits of a healthy lifestyle to Arsenal players. Pasta replaced pies as a pre-match meal, while boiled chicken replaced red meat. Wenger brought in the use of tablets for Vitamins B6 and B12, Vitamin C, Omega-3 and other supplements in the players’ routines, to aid recovery and boost performance.

Wenger introduced drinking orange juice with creatine to reduce fatigue and improve stamina, and encouraged players to drink water or energy drinks straight after a game to expedite recovery — players needed to refuel within the first hour post-match. Vitamin injections were given to players to keep them in tip top condition.

Wenger’s approach treated footballers’ bodies holistically. He introduced regular osteopath appointments to realign them, and he also emphasized the importance of stretching before and after matches.

While much of his approach may seem obvious enough now, it was a game-changer at the time. Former Arsenal midfielder Paul Merson told Sky Sports “we used to go away with England and the Arsenal lads would do these stretches. Other players would say: ‘What are you doing? What are these?’ In the end, all of the England lads were doing them.”

Wenger’s shake-up at Arsenal was not without teething problems, though. Wenger recalls from his first match in charge that, "I remember I took away the chocolate bars, [and] on the way home the players were singing ‘we want our chocolate back’."

"At half-time, I asked my physio Gary Lewin, 'Nobody is talking, what's wrong with them?' He replied, 'They're hungry.' I hadn't given them their chocolate before the game. It was funny."

Speaking on the Graham Norton Show, Arsenal legend Ian Wright said that he was “devastated” by the diet Wenger implemented. A fan of tea, which Wenger had banned, he snuck some into the room he shared with team mate Dennis Bergkamp, who instantly spotted the contraband. Bergkamp, who followed Wenger’s regime religiously, reminded Wright of Wenger’s disapproval, and told him: “Okay the whole team is doing it but you’re not going to do it, so when we need you most you’re probably going to let us down”. That was enough to guilt trip Wright into refraining from drinking the tea.

Removing all the alcohol from the players' lounge didn’t always go down well, either. Merson recalled players resented it. As adults, they felt if they wanted to drink, they could, but he remembers Wenger retorting: "If you do the right things, you'll be able to play for longer and longer."

Wenger certainly proved that in spades. The players united in adhering to Wenger’s vision, seeing the results for themselves. Under Wenger’s nutritional tuition, older players such as Steve Bould (37), Nigel Winterburn (39), Tony Adams (35) and Lee Dixon (38) all played well into their late 30s — long past a footballer’s traditional peak. Wright noted how after six or seven weeks, “we just got so strong in the games.” Wenger’s Arsenal side would go on to win three Premier Leagues and seven FA Cups — upsetting Manchester United’s domestic dominance.

Wenger’s legacy isn’t restricted to Arsenal, however. His revolution in nutrition has inspired a generation of footballers, which is reaping the rewards for taking their diets seriously and precisely.

For instance, Bayern Munich forward Robert Lewandowski is so conscious about the effect of food on his body that he eats his dessert before his dinner, because of the way the body processes sugar. He has become World Player of the Year for the first and second time at the age of 31 and 32. James Ward-Prowse makes sure to eat certain kinds of meats based on whether he needs it for muscle growth, or muscle repair. In 2021, he became the first midfield player to complete every minute of two consecutive English Premier League seasons.

It is also now very common for footballers to use professional chefs and nutritionists to help them with their diet, too. Current Arsenal midfielder Emile Smith Rowe attributes his progression at the club to eliminating Nando’s and chocolate, which he said gave him cramp. The club has since given the footballer a professional chef to help with his diet and cook his meals. The diet worked and he’s now a senior England international.

Clubs, too, employ companies to look after their nutrition. Companies like Tweaked provide meals for top-flight women’s sides. Head chef Dan Bailey told Sliced, “We wouldn’t have a business if Wenger hadn’t introduced this years ago.” It is his job to ensure the meals contain all a footballer would need to perform at their best and recover quickly. He puts together tasty bespoke meals, looking at the science of ingredients and the effect they have on the body. For instance, there shouldn’t be too much fibre, otherwise players will get bloated. As a chef, he uses all the tricks up his sleeves, such as using white wine vinegar instead of salt when making rice.

Reflecting, Wright acknowledges that keeping to Wenger’s plan paid off: “At the end of the day, what we went on to do in that team because of Wenger is because we all adhered to what he wanted to do.” Despite the success, not all players followed the plan exactly. In 2011, Adams said in an interview, “I still ate fish and chips every week for the last six years under Arsene Wenger. Every Friday on Putney Bridge I went and got battered cod and a chip sandwich and sat there looking at the river."

Wenger was nicknamed Le Professeur, and today, he is synonymous with performance nutrition. He has more than earned that nickname. The proof, though, is not in the pudding — it’s in the boiled chicken with a side of steamed vegetables, and a glass of water.