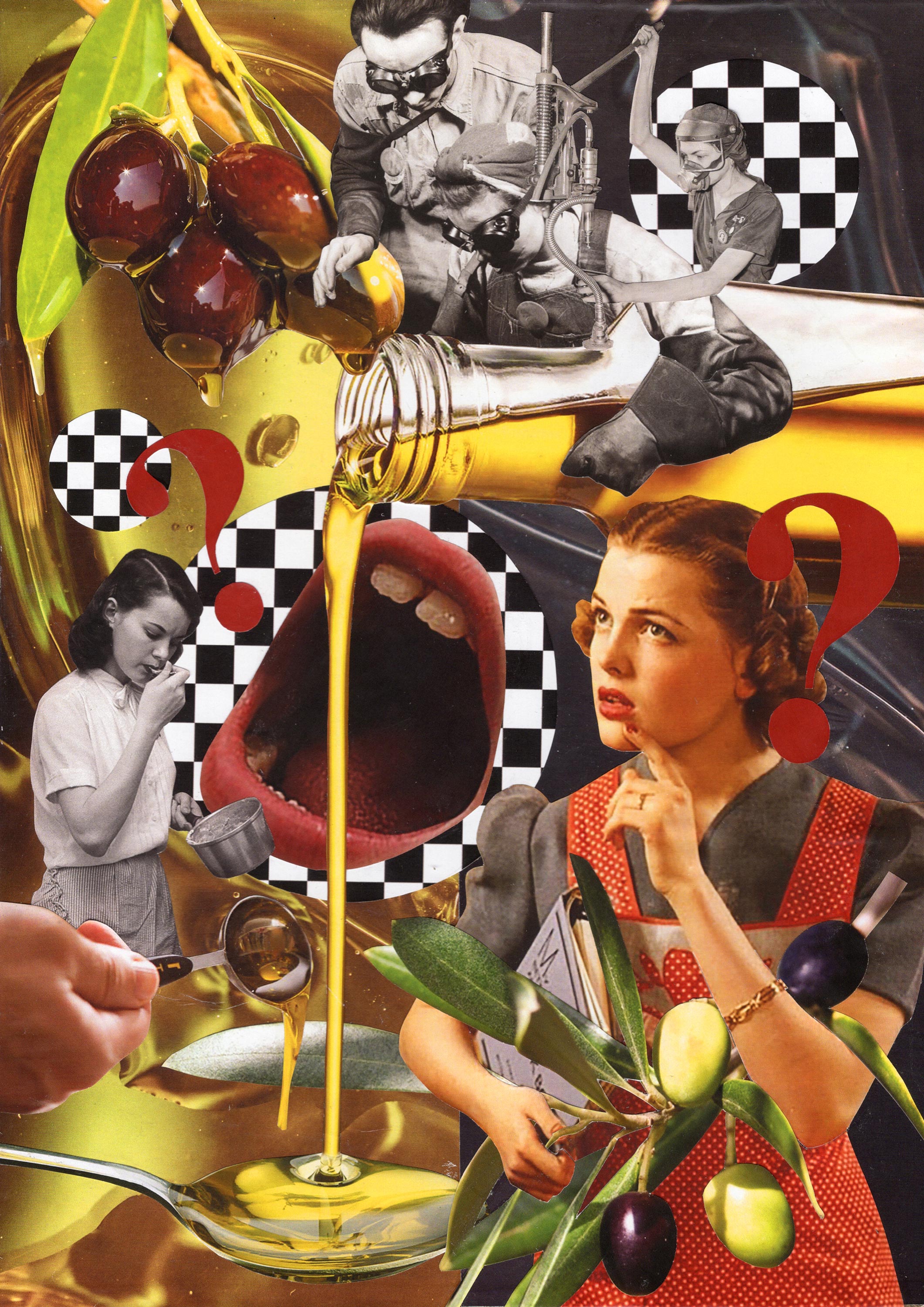 If you think the label on the bottle of olive oil in your pantry is correct, well think again.

In 2016, the Italian Carabinieri, working with the Anti-Mafia Directorate and the anti-racketeering movement Addiopizzio, seized more than 2000 tons of fake extra virgin olive oil (EVOO). And Operation Mama Mia’s €13-million haul was no one-off.

In fact, as early as 2012 Tom Mueller warned of the dangers of fake olive oil, including from household names such as Bertolli. While 80 percent of its ‘Italian’ olive oil actually came from other countries, Mueller reckoned that 70 percent of all cheap EVOO produced was fraudulent, diluted and mixed with other oils and lower-quality olive oils. But while Bertolli may be the most famous face of the scandal, the problems of adulterating, false labelling and outright fakery are far from contemporary.

Inventory logs carried by ancient trading ships as far back as 4000 BC contain the first written records of olive oil being transported through the Mediterranean area, from one port to another. Fake labelling and adulteration was already recognized as a serious issue, so port authorities began inspecting the amphorae that transported them, and ensured that they were sealed before leaving the port of origin.

Homer famously called extra virgin olive oil liquid gold. Long before the Greek epic poet coined the term, olive oil was already a fountain of vast fortunes and limitless fraudulent activities. Early mentions of adulteration were recorded in an abstract pictogram form on the Ebla tablets in Syria in 2500 BC. Now, like then, fake olive oil is a difficult problem to unravel.

Inspectors back then did, however, have one advantage in detecting debased EVOO—they could smell it out.

Fraudsters today use sophisticated deodorization technologies that make it virtually impossible to smell a fake, and that’s just one trick in their arsenal. They’ll often dilute EVOO with other cheaper oils, use low-quality olive oil to dilute high-quality, and even incorporate stocks from previous harvests when making low-quality EVOO.

Real EVOO should just be 100 percent pure olive juice, and tasters would note its spiciness. Anything you find labelled Pure Olive Oil is anything but pure. It’s likely a blend of refined oils mixed with just enough EVOO to provide an olive-like taste and to look like the real thing. For ‘Light Olive Oil’, ‘light’ doesn’t refer to calories, but the lighter flavour produced by mixing olive oil with vegetable oils. Essentially, it is not an olive oil, and it is a typical example of adulteration.

Fake olive oil is not only a problem of taste or look, but fraudulent sales can have dire consequences. Fake olive oil can be so toxic that it can cause severe illness and even death. Such a tragedy occurred in Spain in 1981, when more than 600 people died of Toxic Oil Syndrome after ingesting toxic rapeseed oil which was sold as olive oil.

The reasons why fake olive oil is pervasive are complex, but the market only encourages it.
‍

In recent years, as demand for EVOO has increased by an average of 2.9 percent, production levels have dropped everywhere. For the 2020-2021 growing season, Italian production, which makes up 15 percent of global supply, is predicted to drop 20 percent  due to changing weather patterns and Xylella fastidiosa, a bacterium wiping out entire olive groves, while wildfires are threatening the Greek industry.

While major and emerging producers experience supply-side struggles, prices are soaring and demand is rampant: American olive oil consumption has increased 58 percent in the past 20 years, for instance. In this context, there’s plenty of financial incentive to fill this expanding gap in the market with some fake EVOO.

Indeed, Italian police broke up a mafia ring in 2017 that was exporting olive oil pomace to the U.S. and then labelling it as Extra Virgin Olive Oil. In 2019, Europol assisted the Carabinieri in seizing 150,000 litres of fake olive oil that was sold into the German market. By buying one million litres of sunflower oil a year and selling it as olive oil at between €5 and €10 per litre, it is estimated the fraudsters made around €8 million per year.

Part of the problem in dealing with fake olive oil is the sheer number of olive oils on the market. There are about 700 kinds of olives, and each cultivar has its own distinctive taste and aroma. In the unlikely case that every single variety was being processed, you would potentially see 700 types EVOO on the market. The sheer scale of the market makes control extremely difficult.

But that doesn’t mean there aren’t serious attempts to tackle the issue.

The European Union introduced strict regulations on labelling olive oil, stipulating that the country and domain of origin must, by law, be written on the label. In the UK, DEFRA, Department for Environment Food and Rural Affairs, set up its own dedicated olive oil desk. Much like the Roman olive oil inspectors, they perform spot checks at markets and supermarkets, and audit brands to make sure all required details appear on their labels. If they fail to comply, their olive oil is taken off the shelves.

According to Kamil Shah, small producer and co-founder of Olive Branch, “This kind of regulation is encouraging and doesn’t come a moment too soon.” And there are other reasons for EVOO connoisseurs to be optimistic, too.

New producing countries are emerging alongside stricter regulations. Australia, Turkey, Tunisia, Portugal and Croatia are all growing as major players on the international stage. A more competitive market with stronger rules should help give EVOO the boot, particularly as these emerging countries embrace new technologies and cleaner practices.

The complexities of the problem often place the onus on the consumer to know what real olive oil is—an impossible task for most of us—but our changing shopping habits look to embrace this. Companies are increasingly selling their olive oils directly online to customers with postal subscriptions.

Trusted organizations such as Citizen of Soil are breaking the fake olive oil supply chain with their direct approach, leaving no room for fraudulent interference. Citizen of Soil puts farmers and producers in direct contact with the more conscious consumer, so consumers know where their oil is coming from. Alternatively, some small producers such as Pomora are returning to an older co-operative format, when smallholdings would bring their olives to the mill and get a year's supply in exchange for their fruits. Pomora is embracing this culture by launching a modern version of the scheme. The owners offer olive trees for adoption, and any oil you buy is guaranteed to come directly from your adopted trees.


Fake olive oil may be a complex and entrenched problem, but new producers and new and innovative ways for consumers to buy authentic extra virgin olive oil offer real hope. There are encouraging reasons to believe that olive oil could regain its virginity in the coming years.