No items found.
Product is not available in this quantity.
Booze
Craft Beer Takes On Big Alcohol. Can It Win?
Can the craft booze sector really deliver us from the clutches of big booze? If so, they have their work cut out for them.
Chris Hergesheimer
2/19/2018 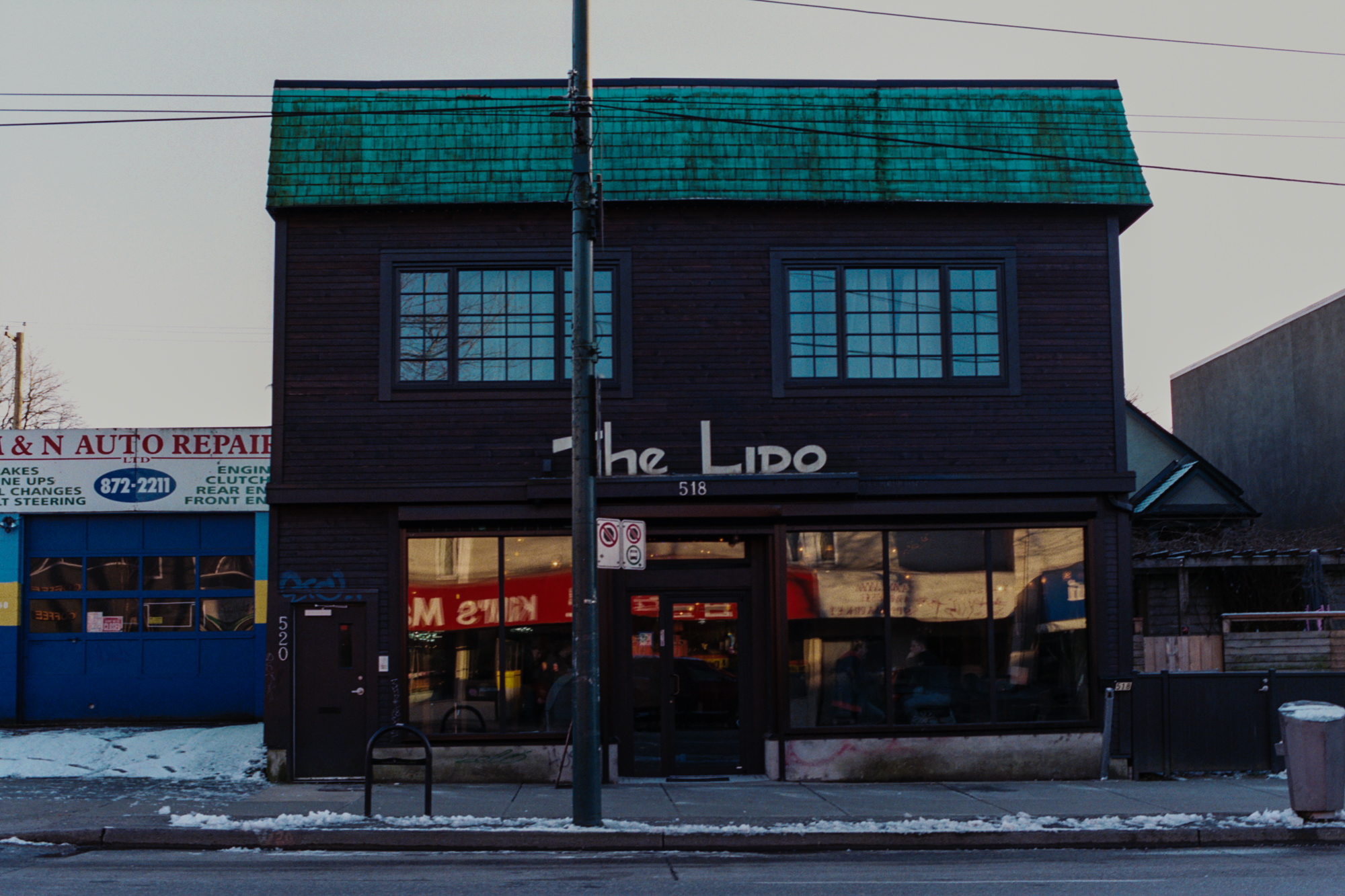 When I was 16 or 17, I had a friend who brewed beer in his closet. A budding graphic designer/artist did the labels in secret on his parent’s Lazer Jet printer. And we, his loyal customers, drank it. The beer wasn’t great, but looking back, I now realize we were drinking local, small batch, hand-crafted beer long before masses of trucker-capped hipsters were scoring bank loans that allowed them to take their hobbies to the next level. But at this stage of the game, ignorance abounded. I wanted real beer.

When I was closer to legal age, it was flats of Kokanne or Molson Canadian that dominated house parties and beach fires. It was a pleasant change to feel like an adult and drink the affordable (read cheap), brand name beer that I had seen commercials about on TV. It didn’t taste great, but it tasted better than the high school homebrew (sorry R-, but I know the career change was good for you).

The beer wasn’t great, but looking back, I now realize we were drinking local, small batch, hand-crafted beer long before masses of trucker-capped hipsters were scoring bank loans that allowed them to take their hobbies to the next level.

As my leftist tendencies grew while I was into my liberal arts degree, my attention to ‘buy local’ and ‘no logo’ campaigns intensified. I began to seek out the small batch, craft beer- anything different, something that set me apart from the ‘sheep’ with their Coors light and pitchers of Pilsner. At that time in my circles, craft beer was still relegated to more expensive six packs at the beer stores—there weren’t many brew pubs to speak of--, but the ‘craft beer’ tasted better and I felt better about buying it. I liked the unique labels, the creative names, or that some it tasted like chocolate and hazelnuts. But most of all I liked what it stood for. Buying and drinking these ‘weird’ beers felt like being a part of a revolution.

However, in the year 2018 our eating and drinking is still dominated by big agriculture and big alcohol. Big Ag and Big Al. Like the globalized food industry, concentration and consolidation is rife within the booze world. Five main companies own and control the majority of your beer brands. Less than 20 companies control the majority of the world’s spirit brands. Public and/or secret mergers are necessary on the road towards Park Place and Boardwalk as consolidation leads to a higher percentage of overall profit - profits that are not small.  In fact, the global alcoholic beverage market is predicted to reach a staggering $1,594 billion dollars by 2022.

The result? There is an oligopoly in the alcohol industry. Today’s captains of industry have traded Tommy guns and rum running for powerpoint presentations and business cards but either way, four score and seven years later, it is still a hugely profitable racket; about 80% of the nearly $108 billion Americans spent on beer in 2016 ended up in the kegs of Big Beer.

However, this bizzilion dollar global growth and rising sales volume is not only attributable to large companies and recognizable, homogenous flavors and brands. The Kokanee Sasquatch makes his way out onto the glaciers far less often these days. Lonely cans of Molson Canadian are unlikely to be treading water in an ice filled Colman at the backyard BBQ while Labatt Blue gets passed over in the beer aisles with increasing frequency.  This is because the artisanal and small batch alcohol industry (craft beer, craft cider, craft distilleries) is in full swing. The movement has become so distilled that it is even cutting into the market share of the ‘first wave’ independent craft brewers of the 1980s: Sam Adams and Pabst.

Not only is the hyper-micro-local industry in full swing, it shows no signs of abating. What is referred to as the ‘premiumization’ of the market—where small quantities of product can command high market prices and a more diverse and educated consumer -  is putting wind in the sails of the craft booze armada. Huge growth rates are predicted in the coming years. Some people have described this “craft beer revolution” as simply “ …the point at which beer [and other alcoholic beverages] became exciting and interesting once again”.

Some people have described this “craft beer revolution” as simply “ …the point at which beer [and other alcoholic beverages] became exciting and interesting once again”.

Of course, craft, artisanal small batch alcohol is not new. In the past, ‘organic’, ‘natural’ and ‘local’ were once the rule rather than the exception - they were just the normal conditions of food production and marketing. However, these terms have hence become handy trigger words for marketers. These words are now synonymous with new, exciting and interesting. They defy homogeneity and status quo. The ‘exciting and interesting’ part of the craft alcohol movement is part of what gives it such revolutionary potential. And I’m pretty sure I’m not the only Boxcar Willy riding this train of thought.

These days, the whole artisanal alcohol industry is framed as a “consumer based social movement” against the concentration and consolidation within the big booze industry. Small booze is one vehicle to regain quality and encourage heterogeneity. Small booze brings back the craft through championing the unique knowledge and skill sets required to make high quality hooch. Like the local and artisanal food movement, this artisanal alcohol promotes and markets ‘small batch’, an ‘origin source story’, ‘embedded social relations’ and of course, ‘quality’. Baby boomers- with disposable income and millennials, concerned with providence, diversity, and who equate high price with high quality, are the primary patrons fueling this growth.

Baby boomers- with disposable income and millennials, concerned with providence, diversity, and who equate high price with high quality, are the primary patrons fueling craft-liquor growth.

However, can we bring down a well-established and powerful oligopoly, whose legions are economies of scale and low prices, simply by ordering pitchers from warehouse pubs and clinking glasses together? Does this movement really hold the potential to reshape the market share of the global alcohol industry or are these artisanal operations just preying on food fads, using all the right buzzwords and taking us on an expensive booze cruise? Will big booze simply acquire small alcohol operations when the artisanal market share actually becomes threatening?

Asking such questions are part of our duty as reflexive and conscious consumers. Can the craft booze sector really deliver us from the clutches of big booze? If so, they have their work cut out for them, needing to play both offense and defense via product differentiation and the power of labeling.

Can the craft booze sector really deliver us from the clutches of big booze? If so, they have their work cut out for them, needing to play both offense and defense via product differentiation and the power of labeling.

Some claim that the artisanal alcohol sector is plagued by a lack of regulatory oversight and thus, labeling claims can become watered down and meaningless. Who confirms what ‘small batch’ or ‘an heirloom recipe’ really means? And what kind of traceability exists in these value chains? One story posted a few years ago exposed ‘craft’ whiskey being bought from factory distilleries and repackaged as ‘heirloom and unique’ .  Other recent evidence points to large companies deploying ‘craft beer type discourse’ in their marketing and labeling in order to recuperate beer drinkers back into the fold of macro brands- and succeeding with the competition’s own weapon—authenticity.  Those on the front lines place hope that the new “Independent Craft Brewers Seal”, introduced in 2017 will help legitimate craft brewers differentiate and protect themselves. It worked for Fair Trade and Certified Organic for a while. But “local” “natural” and “farmers market” have already lost much of their significance as they become the ammunition of grocery store marketing battalions.

At the end of the day, labels can only communicate so much, whether on beer or Brussel sprouts. Eating and drinking ethically is still a game of trust and values, refereed by preferences of taste, convenience and price. I have faith that artisanal booze can withstand the inevitable battle of acquisitions that are coming and we as consumers can deal a significant blow to the big booze oligopolies. And if not, I can always try and rebuild the empire of empty water bottles refilled with the heirloom recipe for Two Dog Lemon Brew circa 1996.