No items found.
Product is not available in this quantity.
Booze
Branded Booze Vs. Taste Buds: Why Consumers Lose
When it comes to taste buds, we're not as discerning as we believe. For those who brand alcohol, this fact 'goes down smooth'.
Kathryn Helmore
2/21/2018 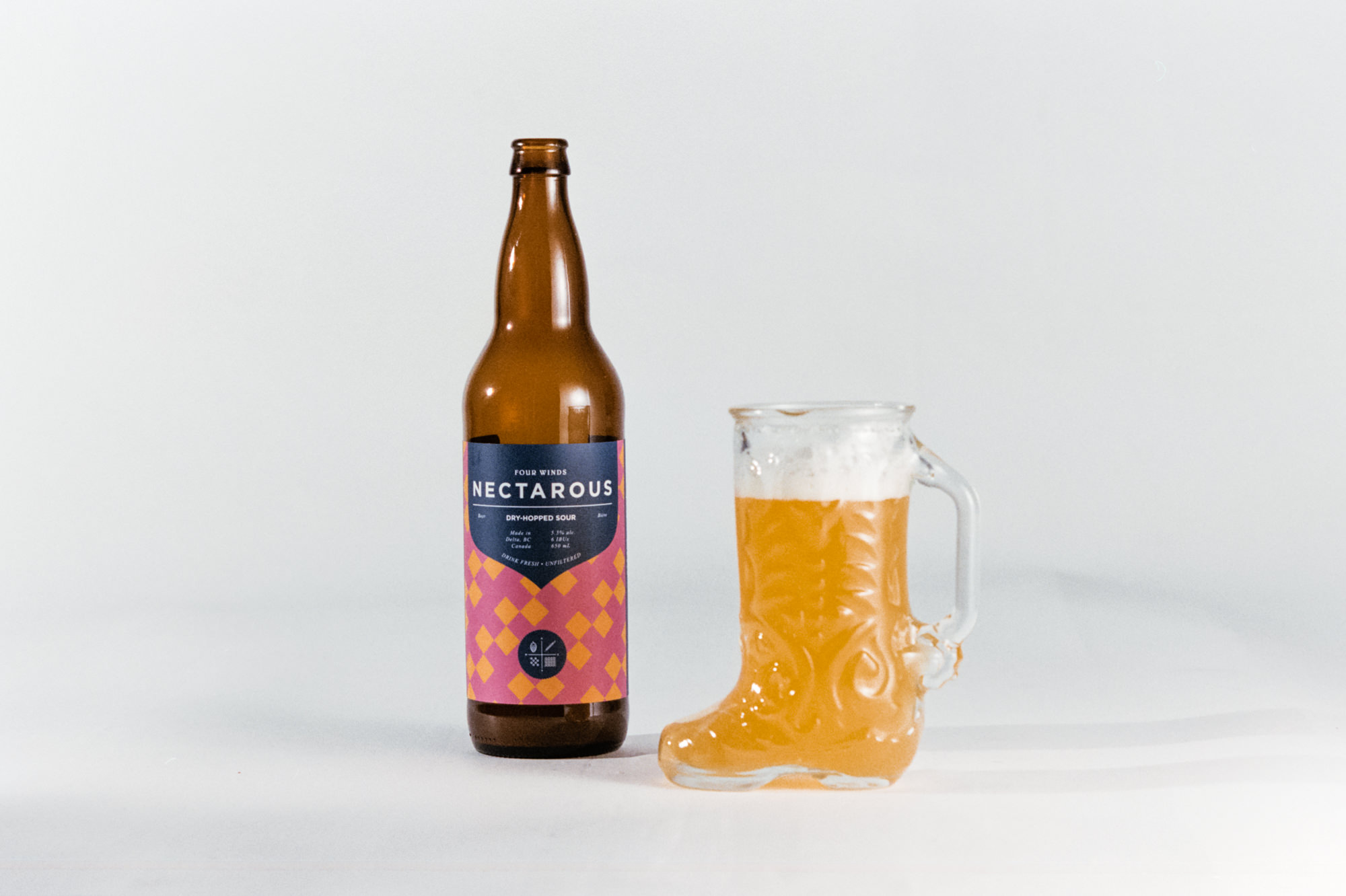 In the summer of ’76, France faced fatality at the hands of an unlikely foe.

The Parisian wine tasting competition was hosted in the french capital to celebrate the ‘excellence’ of French wine. It was ironically named ‘The Judgement of Paris’ after a mythological event that would result in the Trojan War.

Located in the bustling center of Paris, a panel of 11 French judges gathered to conduct blind taste tests on a variety of wines. Amidst the selection of French wines lurked two entries from the little-known Napa region of California.

The Californian Chardonnay and Cabernet Sauvignon were entered in jest.  The judgement, deemed a foregone conclusion, had only one journalist show up. Grown in the inferior soils of the hardly-civilized ‘new world’, Californian wines could hardly hope to compete with finely crafted French wine.

Or so everyone thought.

In a turn of events that would shatter lofty French egos, the two Californian wines won first place in both competitions. The gates that had thus far protected the French wine pedestal were flung open as winemakers from the New World emerged from behind the Californian Trojan and became major competitors.

The gates that had thus far protected the French wine pedestal were flung open as winemakers from the New World emerged from behind the Californian Trojan and became major competitors.

The French scrambled to protect the walls of their figurative fortress of superiority. Upon hearing the results of the taste test, one judge — Odette Kahn — demanded her ballot back and later criticized the Paris tasting. The organizer of the tasting, Steven Spurrier, hosted a second tasting in 2006 in hopes that the Californian industry had  plummeted to low standards. Hopes were dashed, as The Times reported:

“Despite the French tasters, many of whom had taken part in the original tasting, ‘expecting the downfall’ of American vineyards, they had to admit that the harmony of the Californian cabernets had beaten them again.”

Like the Greek city of Troy, ransacked and left in rubble by a disguised competitor, France has failed to regain its perennial position. California lit the way for worldly wines from New Zealand, Australia and even Canada.

The results from ‘The Judgement of Paris’ elevated the perception of our taste buds. These small bumps on a tongue continue to be perceived as finely crafted, discriminatory forces that can differentiate between types of beer, whiskey and vodka, defining the careers of winemakers across the globe.

However, a paper published in 2002 threw these assumptions into question - this time humiliating more than just French winemakers, but winemakers and tasters worldwide.

“Taste: A Study in the Representation of Chemical Substances in the Arena of Consciousness”, is a dissertation by Federic Brochet, a PhD candidate at the University of Bordeaux 11 in Talence, France.

The two week study started with 27 male and 27 female oenology students. Both groups were offered a glass of red wine and a glass of white wine. Upon describing the flavour of the white wine, participants unanimously described the white as ‘flora’, ‘honey’, ‘peach’. Red wine was described as ‘raspberry’, ‘cherry’, ‘cedar’, and ‘chicory’.

The same students were invited back one week later. Brochet once again offered them two types of wine, yet this time, there was a Trojan twist. While both wines were in fact white, one type had been disguised as red wine with flavourless food coloring.

All 54 students described the disguised white wine with terms such as ‘raspberry’, ‘cherry’ and ‘cedar’, terms previously only attributed to red wine— not white wine.

Despite years of education whereby students were trained to pick up on minute differences between various fermented grapes, the students were bamboozled by a simple scheme.

Brochet’s paper would be published in Brain and Language.

Despite years of education whereby students were trained to pick up on minute differences between various fermented grapes, the students were bamboozled by a simple scheme.

The study speaks to how the appearance of a wine can alter its taste — a fact not unique to just wine.

In ‘Influence of Beer Brand Identification on Taste Perception’, R. Allison and K. Uhl studied beer drinkers’ ability to differentiate between beer brands. The study involved 326 randomly selected male participants who claimed to drink beer at least three times a week. Each participant professed to have a favourite beer brand based on taste indicators, such as body, bitterness, and after-taste.

Throughout the study, participants received a six pack containing three brands of beer — two of each. The brands included major national and regional brands. The labels were completely soaked off and the crowns’ wire brushed to remove any brand indicators.

Participants were asked to rate each beer on a scale from 1 (poor) through 10 (excellent). Specific characteristics, after-taste, aroma, bitterness, body, carbonation, foam and the like could also be rated as “too much”, “just enough”, or “not enough”.

The results of the experiment were conclusive: “beer drinkers, as a group, could not distinguish the taste differences among the brands”. In other words, according to the average beer taster, “there appeared to be no significant difference among the various brands.” Yet, when participants received a six pack with branded beer, they nevertheless noted differences between the various brands.

The study concluded with the following,

“Product distinctions or differences, in the minds of participants, arose primarily through their receptiveness to the various firms’ marketing efforts rather than through perceived physical product differences.”

The way a beer tastes is not a matter of how taste buds perceive the flavour. The actual taste of beer is disguised beneath a contraption of careful marketing that, through visual cues and catchy soundbites, fools the eyes into tasting differences between products — differences that are practically indiscernible.

There is no reason to believe that other forms of alcohol are not subject to the same manipulation. The intersection of our senses are, while understood in the labs of neuroscientists, often underestimated by consumers. For example, few of us consider how our purchasing power is directed by the media we consume. When Daniel Craig took the mantle of James Bond in 2006’s Casino Royale, Bond’s Vodka Martini ‘shaken, not stirred’ was replaced with a Vespa - a gin drink invented by Bond in the original 1953 novel. According to a report by The Grocer, after Casino Royale hit cinemas, sales of gin went up in the UK. An extra £24.1m was spent in 2015 alone. The popularisation of Don Draper from Mad Men brought similar fortune to Canadian Club whiskey - the leading character’s drink of choice - as consumers burned throats sipping on golden liquid in the hopes of emulating Draper’s refined masculinity.

This fact, while rarely considered by consumers, is understood by marketers. The study on the relatively indiscriminate differences between national beer products was conducted by the American Marketing Association and published in the Journal of Marketing Research.

Of course, this information regarding the intersection of our senses begs a final question: why does it matter? If you love the taste of refreshing, cold Budweiser simply due to crafty marketing, why change that? Why ruin a seemingly good thing?

Because ruining a good thing could save you money. How often do we splurge on the expensive wine, assured by marketers that its high price will result in delightfully harmonizing flavours? Yet, if this marketing is actually what results in a satisfied tastebud not the wine itself, why pay the extra money for the product? Why not simply buy a $15 bottle of wine? Or, if it’s a good night, six $15 bottles of wine?