No items found.
Product is not available in this quantity.
The Egg
An Egg A Day Keeps Mental Decline at Bay?
Research on eggs & cognition is promising. What are the implications for diseases such as Altzeimers?
Lindsay Spielman
11/1/2017 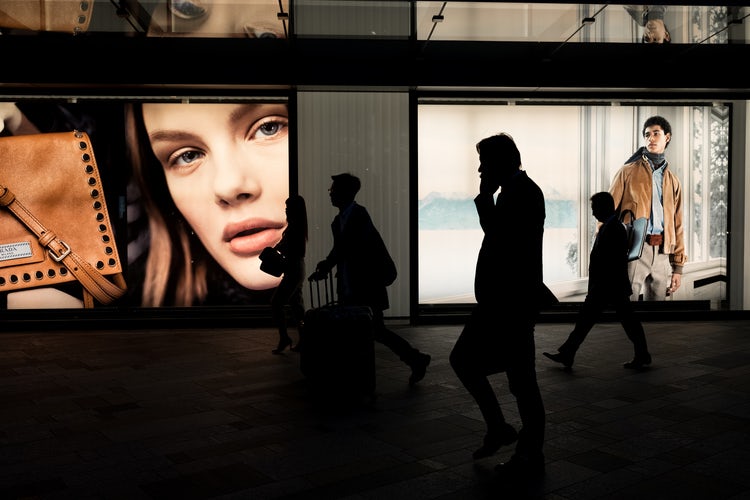 Shrink your belly in 30 days with these five super foods.

Titles comparable to this attention-catching headline crowd the magazine racks at the checkout counter of every grocery store.

Displayed alongside this sensational caption usually stands a 5' 10" tanned and toned model, flashing a playful smile featuring a set of perfectly straight pearly whites. The message she's sending a simple message: eat these foods and you'll look like me.

This message isn’t restricted to the magazines alone, it’s also present on billboards, and the advertisement sidebars on social media pages, and that’s because this marketing campaign works like a charm. The ‘aesthetic grass is always greener’ mentality helps to sell millions of magazines and pseudo health products worldwide. For example, Cosmopolitan magazine currently sells upwards of 17 million copies each month (not including online readership).

Heath, beauty and appeals to vainity are frequent bedfellows.

As such, in many cases, 'health' is marketed as a solution to ugliness. In this current aesthetic-centered culture, we often limit the dedication of living a healthy lifestyle to a vain pursuit of physical beauty.

Yet, diet, nutrition and health are about much more than outward appearance. A health-centered mindset is concerned about things like will this make me stronger, will this help me run faster, and of course, how will this make my brain function?

The role health plays in brain function is arguably the most important factor yet it is nevertheless frequently overlooked. Since the brain is the control center for the entire body, nourishing the brain is pivotal to overall human well-being. When making choices about what food gets put into our mouths, one of the top considerations should be how that food may affect brain function.

Recent studies into the properties of the unassuming chicken egg highlight that this food could have significant and far reaching effects on cognitive function.

An Egg (or Two) a Day, Keeps the Mental Decline at Bay

Many of the natural molecules contained within eggs have been proven to have a positive impact on several aspects of brain health and function.

In addition to providing the building blocks for brain cells and neurotransmitters, there is evidence suggesting that eggs may  improve performance on cognitive and memory tests. Two of the key molecules responsible for improving human intelligence go by the names lutein and zeaxanthin.

Processing speed is just as it sounds, the quickness of being able to understand and integrate information, and subsequently formulate a response to the newly acquired info. People who gets the butt of a joke quickly, or even before the punchline has been delivered, typically have quick processing speed. This specific aspect of brain function is not limited to one particular brain region, rather it takes place over the entire neuronal circuitry of the central nervous system.

While processing speed is more specific, cognitive ability involves a very broad set of skills, including acquiring knowledge and comprehending information through the processes of thought and experience, as well as by utilizing the senses. These acts of cognition result in the ability to perceive situations, formulate opinions, develop intuition, and interpret complex interconnecting ideas. In other words, cognition encompasses things like having a light bulb moment that can help to develop a strategy to win an upcoming legal proceeding. Cognition would also include being able to understand and interpret the meaning behind Sia's latest music video or the purpose of the latest 'art' movie being acclaimed as 'groundbreaking'. Cognition also plays a role in the abstract concept of 'intuition' as it also partially accounts for the tingly senses that are triggered when in a situation that ‘just doesn’t feel right’.

Executive function, on the other hand, is defined as a set of processes associated with managing one’s self and one’s resources in order to accomplish a precise objective. This particular skill set is all about the interaction between how the brain operates and how brain function impacts everyday life. Executive function encompasses a diverse set of central nervous system proficiencies, such as the ability to multitask, plan and organize, and being able to avoid saying the wrong things in a social setting (to give a few examples).

Finally, memory. A multifacted and complex function of this mind, memory includes four distinct phases: learning, retention, recall and recognition. Brain activities involved in memory occur predominantly in the hippocampus, a horseshoe-shaped organ that resides in the midbrain, located close to the areas that control cognitive and executive function.

The integrations of memory with cognitive and executive function helps to strengthen the operation and proficiency of these two brain skills, and therefore also helps to improve the processing speed associated with these neuronal tasks. Because these mental undertakings are highly overlapping and related, both in terms of function as well as physical brain location, it makes sense that this Irish longitudinal study found that lutein and zeaxanthin have a positive effect on these specific interrelated brain processes.

A similar clinical study supported these findings by showing that older adults who consumed a diet supplemented with lutein and zeaxanthin experienced increased neuronal activity throughout the brain, including regions involved in executive function, cognitive ability and memory. This complimentary study helped to demonstrate that lutein and zeaxanthin-induced changes at the neuronal activity level represent the driving force behind the noted improvements in central nervous system function. According to the study,

"Lutein and zeaxanthin supplementation appears to benefit neurocognitive function by enhancing cerebral perfusion, even if consumed for a discrete period of time in late life"

The research on lutein and zeaxanthin doesn’t start and end with adult brain activity, however. Previous studies have shown that these two molecules are associated with similar effects on brain functioning in individuals of all ages, from infants to senior citizens. Lutein appears to be critical for proper development of brain cell connection in the infant brain, while both lutein and zeaxanthin can protect young adults from brain stress overload, and can also prevent cognitive decline in the elderly. In fact, some research has shown that regular consumption of eggs (from one to three a day) includes enough of these essential brain molecules to be able to help fend off future forms of dementia, such as Alzheimer’s disease. Essentially, eggs can help protect the human brain from one day being scrambled.

The findings send a clear message: being truly healthy is about more than pearly whites, flat abs and tanned skin, it's about making us stronger, helping us run faster and, of course, improving brain function.

The next time those ‘health’ magazines in the grocery store are bellowing ‘cure your bodily blemishes with these diet fixes’, let’s flip them the bird. Instead, let’s have a gander in the dairy aisle and perhaps pick up a dozen wholesome nutrition-packed chicken eggs.