No items found.
Product is not available in this quantity.
Booze
Alcohol: An Environmental Toxin
Alcohol - an agricultural product we’ve vilified for all the wrong reasons.
Tyler Adam
2/19/2018 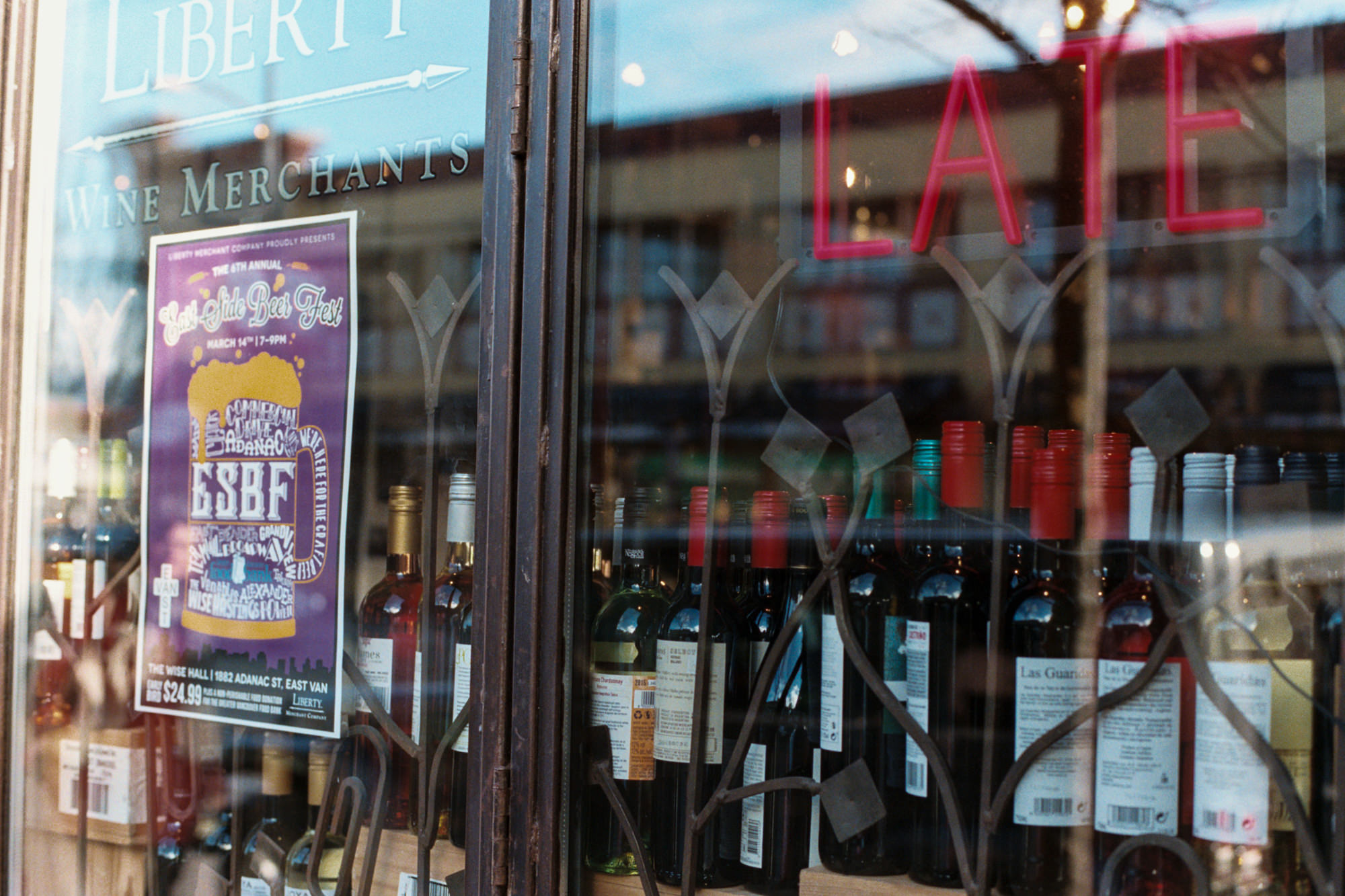 As a species, we have thoroughly internalized the dangers of a product we’ve been consuming for more than twelve millenia: alcohol.

Articles have been written, podcasts recorded, songs produced, canvases painted, pie charts generated, stones etched regarding alcohol.  Every form of media has espoused the virtues or dangers of alcohol in one form or another. These portrayals distort our perception of an agricultural product that has been with civilization since the cradle.  Alcohol is almost ubiquitously presented as either good or bad because of its virtue as an intoxicant but our complex relationship with alcohol makes objective critiques few and far between. So, instead of wading into the maelstrom of opinion, it’s time we try and strip away these biases by taking a new approach.  Not one of assessing alcohol’s social or biological effects but one that views it through a lens that exposes it for what it is - an agricultural commodity.

12000 years ago, The Agricultural Revolution marked the transition of humanity from the hunter-gatherers that hitherto dominated history to the sedentary, non-nomadic people that have dominated since.  The cultivation of food localized peoples, demarcated borders, inspired wars, and fed militaries.  Agriculture nourished and promoted burgeoning populations. The cities and culture we enjoy today are a product of us learning, for the first time in history, to adapt the nutritional environment to suit our needs.

Today, it seems, we’re overwhelmingly primed to chastise a system that brings us our almonds, our soy, our beef and our corn each in quantities, a hundred years ago, we could never imagine. We’re brought strawberries year round.  Crops that were once relegated to the tropics, are today so readily available in the near-arctic they’re boring. Malthus would roll over in his grave. We demand more of our food systems than ever before and markets have responded by bringing us more choice, more regularity but, most importantly, patently more.  Food is so prevalent that 1.3 billion tonnes of it gets thrown out each year in Canada alone. In fact, Agriculture has become so efficient for the West that we’ve been afforded the privilege of questioning where our food comes from, a privilege that has spurred entire lifestyle choices and diet regimens and even those have been accommodated by the market in kind.  Whole grocers have appeared dedicated to the dissemination of a new agricultural ethos.  Our collective ethos affected tangible change.  In that regard, the market seems to have worked.  Why is it then, that our newly afforded mentality maintains such a limited scope?

Today, it seems, we’re overwhelmingly primed to chastise a system that brings us our almonds, our soy, our beef and our corn each in quantities, a hundred years ago, we could never imagine.

We abstain from those almonds, soy, beef and corn because we can, because we don’t want to identify with their environmental and ecological corollaries, because there are caloric alternatives. We’ve proven that we’re willing to demand transparency, traceability, and accountability from the food system on-which we rely, but for alcohol - an agricultural product that we’ve readily vilified for centuries - we don’t seem so enthusiastic.

Anyone who’s watched a documentary regarding industrialized agriculture in the last decade could tell you, bad things happen behind the scenes.  Most of these surreptitious business practices pertain to the ethics and sustainability of livestock rearing, but criticisms have been levied at nearly every facet of agribusiness - and rightfully so.  Groundwater depletion, worker compensation, bee genocide, agrochemicals in our drinking water and greenhouse emissions. Each paved the way for ethically reared meat, sustainable fish, organic produce and fair trade coffee.  We readily demonize alcohol for its effects, we’re even happy to stigmatize its consumers, but unlike other, otherwise harmless foodstuffs, we don’t seem nearly so willing to criticize its method of production.

We’ve proven that we’re willing to demand transparency, traceability, and accountability from the food system on-which we rely, but for alcohol - an agricultural product that we’ve readily vilified for centuries - we don’t seem so enthusiastic.

Alcohol is dedicated vast swaths of agricultural land which are, in essence, acres of monoculture dedicated to breweries, distilleries and wineries.  It takes roughly a kilogram of grain to produce a 26 ounce bottle of whiskey or high-proof spirit, roughly two and two-thirds meters of land to yield that grain. About a square meter of vineyard per bottle of wine and a third of that for a single can of beer.  Per legal drinker in Canada, that’s 18 square meters of whiskey, 24 square meters of wine and 80 square meters of beer every year.  For the near 28.8 million legal drinkers nationwide in 2016 (the most recent year from which numbers have been published) we consumed more than 870000 acres in beer, wine and spirits alone.  870000 acres, an area equivalent to roughly 30 Vancouvers, of agrochemical-laden land.  Land inhospitable to bees and bugs, inaccessible or unappealing to wildlife.  Land whose effluence pollutes waterways, disrupts ecosystems and for which we don’t express any semblance of concern (at least according to our wallets).

Applying this data to water yields equally disheartening figures, one kilogram of grain and one kilogram of grape necessitate 1423L and 2400L of water, respectively.  That’s 42833L of water for beer, 57600L for wine and 25614L for whisky.   Again applying those numbers to the same 28.8 million legally-aged participants, that’s 3.6 trillion litres of water consumed by way of alcohol consumption alone.  Enough water to submerge those 30 Vancouvers more than a meter deep.

Our love affair with alcohol makes sense.  From the emergence of agriculture 12000 years ago until the advent of pasteurization in 1864, alcohol was one of our most reliable sources of potable water.  We had deduced that mixing twelve parts water with one part wine could yield a mixture safe enough to drink.  With the introduction of alcoholic distillation in the ninth century the newly producible derivatives of wine or beer were even more effective at keeping people alive.  This affect earned these new, stronger fluids names like aqua vitae (Latin for “Water of Life”).  It was this mystical quality that also earned certain liquors the denomination of “spirit” for their capacity to bring the ostensibly lifeless (ie. dehydrated) back to life - a veritable reunion of the body and soul.

We depended on alcohol for more the 11 millenia and our reliance affected real evolutionary pressures. Dependence meant our livers had to adapt to accommodate the poisons we were introducing as a constituent part of our diet. Our metabolism adapted to extract calories from ethanol and those who couldn’t handle their liquor, quite literally, perished.  Alcohol enabled us to build cities where population density made potable water prohibitively scarce.  Without alcohol, cities would have crumbled to cholera.   Alcohol wasn’t just a mechanism by which we coped with Mesopotamian life, it was an aid with which we fostered civilization.

Alcohol wasn’t just a mechanism by which we coped with Mesopotamian life, it was an aid with which we fostered civilization.

So, in an age where we demand ethical products, how is it alcohol has evaded our appetite for agricultural reform?  The issues our agricultural system impose are complex and necessitate comprehensive policy and consumer approaches. We can’t continue to rebuke conventional foodstuffs for their effect on our environment and not hold other products to the same standards.  Without criticality we’re likely to continue the trend of regressive or ineffectual reform.  Drinking organic beer, fair trade tequila, or local vintages might not help solve their land or water needs but at least it alleviates ecological and ethical stressors imposed by the system.  In lieu of modern answers, then, perhaps we look to the past for answers to our contemporary problems.  Alcohol was, for such a large constituent of our collective history, the ultimate eco-friendly foodstuffs - repurposed leftovers.  Maybe alcohol could be our saviour once again, and minimize two agricultural issues with one clean solution.  Minimize food waste and lessen the alcoholic footprint by upcycling unused food into distilled spirits.  Whatever the solution, we need to demand more from our alcohol and agricultural industries.

We can’t continue to rebuke conventional foodstuffs for their effect on our environment and not hold other products to the same standards.

Alcohol and civilization share a cradle, we extol its virtues and adapt to its costs.  Alcohol is subject to strict regulations, has undergone various periods of prohibition across dozens of countries, is the subject of abstinence programmes and substance abuse. Yet, given the surmounting environmental crisis’ on our doorstep, environmentalism should be considered the most cogent argument for the temperance of alcohol. Yet, this argument does not float around in dining rooms or on social media. It is hypocritical to chastise the agriculture system and conveniently absolve the pieces we enjoy.  The system is guilty, not merely one component.  We can’t continue demanding organics of our leafy greens and fair trade of our avocados and not demand the same of our saisons or our piscos.  Alcohol is an agricultural product and should be treated like one.