No items found.
Product is not available in this quantity.
Organic
A Wool Suit For Wolves
The ‘messiah of food systems’, Organic, will fail to enact meaningful change - at least not without an unlikely ally.
Chris Hergesheimer
5/22/2018 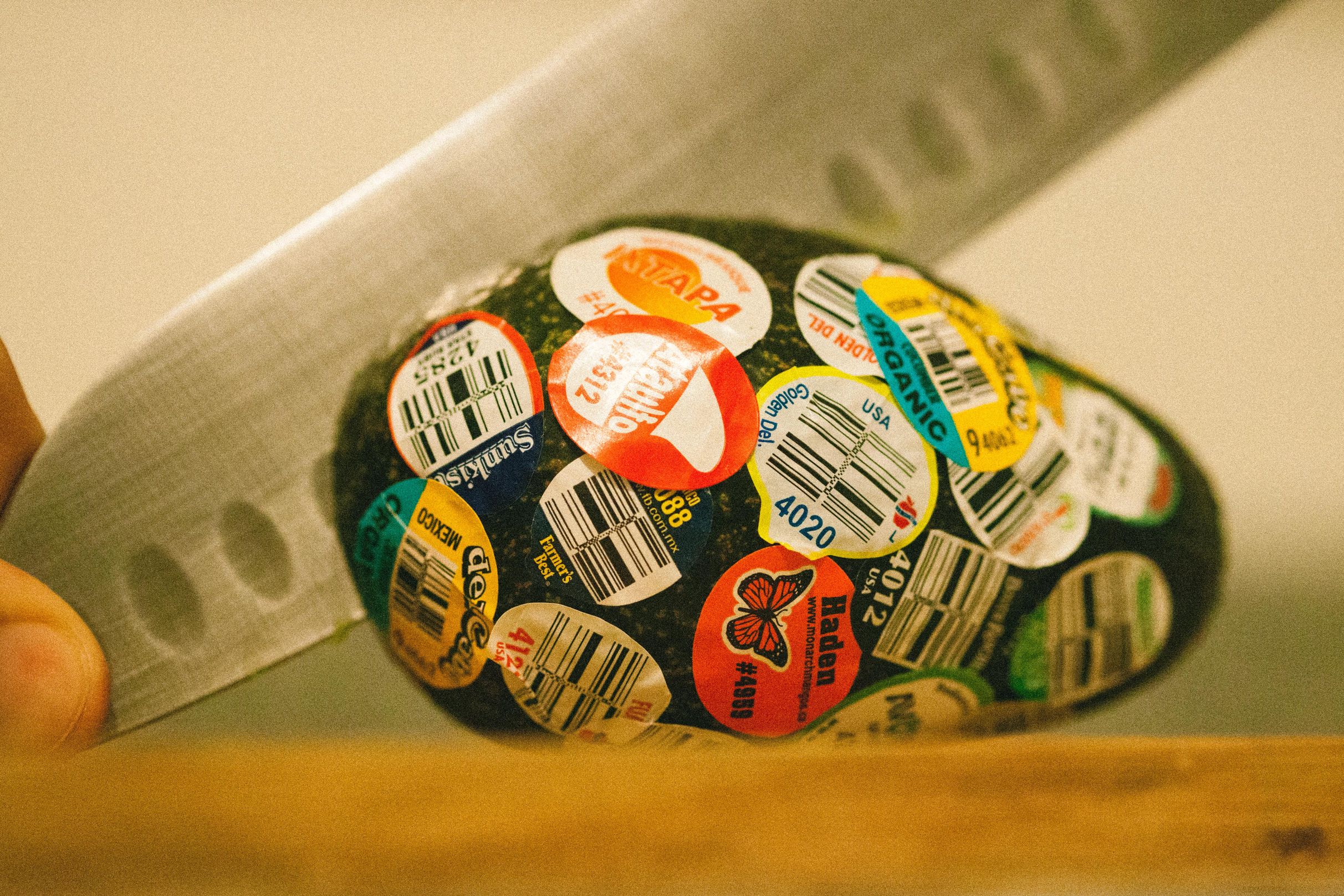 The one wonky wheel of the shopping cart squeaks as I navigate a path through the islands of produce in the grocery store.

The squeaking fades into the background as I deliberate between a large bag of storebrand potatoes or a tiny bag of $8 organic peashoots. One is leafy, green and all things in between but the other is cheap and will cover my family’s starch needs for a week. One will be devoured by the end of the day, the other will last three weeks.

The grocery store in the year 2018 is a paralyzing place.  Consumers with stacking bills eating away at monthly budgets are bombarded by buzzwords such as ‘green’, ‘sustainable’ and ‘organic’.

The harsh glare from the rows of fluorescent lights just add to my confusion.

There are those who would laugh at my deliberation. “Of course organic produce is the right choice!” they might state. Such an opinion would be inspired by media headlines touting the superhero healthiness of organic food. These same media outlets will also highlight the messiah powers of organic food with articles like “UN says small scale Organic Farming only way to feed the world”.

The grocery store in the year 2018 is a paralyzing place.  Consumers with stacking bills eating away at monthly budgets are bombarded by buzzwords such as ‘green’, ‘sustainable’ and ‘organic’.

And they would not be completely wrong. Organic does offers an alternative to conventional food production methods and it does provide the consumer with more choices. Additionally, in many cases, it lines the wallets of farmers due to higher retail prices. And organic farms have no ‘inorganic’ chemical compounds in their soil or water sources. In these realms, organic agriculture does show some proven advantages.

However, to argue that organic is always right is woefully misguided. The reality of modern farming practices is just as confusing as the grocery aisles. While many perceive organic as pure, simple and traditional, this is far from the truth. While an organic apple can arise from a small-scale farm 200 meters from the shelf, organic mixed greens can also be products grown in parched Californian soils that are clipped and washed by exploited migrant laborers. While organic products can be transported a mere 5 miles to a local farmers market, they can also rock their way up the I5 in climate controlled semi trucks belching Co2.

Meanwhile, when my next door neighbour sprinkles some pesticide onto his romaine he is participating in ‘inorganic’ farming practices.

While an organic apple can arise from a small-scale farm 200 meters from the shelf, organic mixed greens can also be products grown in parched Californian soils that are clipped and washed by exploited migrant laborers. While organic products can be transported a mere 5 miles to a local farmers market, they can also rock their way up the I5 in climate controlled semi trucks belching Co2.

This contradiction, combined with a mixed scientific consensus on whether organic products are actually healthier, leaves more consumers confused in grocery isles. To spend 25 per cent more on organic romaine or not, that is the question.

So, what to do? Should we correct this mixed scientific consensus? No.  I personally think that no study, article, or research report will ever end the debate because this is not a debate that can be ‘won’ by science. Purchasing choices are more about ethics, morals, image, and beliefs - not about evidence. After all, we know that Organic is not always small scale. We know that Organic is not always ‘local’. Everyone knows that Organic can certainly be corporate or establishment. In fact, those small farms that do farm organically often choose not to fly the label because the labeling system is a labyrinth of national and multinational companies, international auditors and regulators and standards.

To spend 25 per cent more on organic romaine or not, that is the question.

We know this yet we still shop organic because buying organic is about gaining a badge of honor. It is a vote with your dollar for a philosophical/moral position on the way you believe agriculture should be done. But even if you consistently vote in favor of Organic and badges cover your brownie sash, I hate to break it to you, your actions are not transformative. Bring on the throwing of Organic tomatoes. The second part of this article is about to piss some people off.

The challenge of organic in the year 2018 is not how to design more studies to determine its nutritional advantages. Nor is the aim to measure value in terms of its ecological contributions. It is not even grappling with how the movement can grow while staying true to its core production principles. And it is not developing safeguards to prevent smaller-scale farmers from being pushed out of the market. The challenge is how organic chooses to play its strategic, political hand in the years to come. Just hold those tomatoes for six more minutesand stay with me here as I lay out the logic of what I mean.

Despite 40 years of market presence, the Organic brand and its production methods are still just that: a set of alternative production methods.  The organic movement is a group of disorganized picketers locked behind the gates of the gentleman's club, incapable of affecting real change.

The organic movement is a group of disorganized picketers locked behind the gates of the gentleman's club, incapable of affecting real change.

An organic production style promises chemical free production methods and slightly higher prices to producers. However,  the bigger issues such as consolidation of companies, exploitation of migrant labor, the draining aquifers, the emissions of international transport, and the greedy profit motives of agribusiness and retailers remains unchallenged. Locked outside the gates, the organic movement cannot participate in the decisions made by the big players. Despite it’s messiah reputation, Organic does not overtly challenge our messed up food system.

But before you point out my glass half empty stance on the issue, it’s high time I stated the crux of my argument. Organic could become the catalyst for a larger political movement with a bigger and more diverse yet strategic agenda. “Organic” is at a crossroads− and its next move is crucial.

One the one hand, the Organic movement could severely limit it’s membership. It could restrict its certification to small-scale, diverse farms. Organic could be a badge held only by those that truly uphold the philosophical tenets of Organic agriculture.  In this way, what started as an alternative production model could become a political tool by making market entry very difficult (nearly impossible). It would remove those who simply hope to cash in on a sexy, new marketing opportunity.  But such a move would not be without its costs.

With this move, the Organic movement would intentionally limit its ability to scale, or at least scale quickly. Even the predicted 90 billion dollars worth of sales in the US alone this year is not enough to drive it even close to market dominance. Without the ability to scale quickly (both in terms of production, as well as in distribution and retailing), agriculture will be dominated by the same kings of old who force plants to binge drink pesticides. Given the destruction of soil and the rapidly polluting waterways, allowing the reign of convention production is not a luxury we can afford.

Even the predicted 90 billion dollars worth of sales in the US alone this year is not enough to drive it even close to market dominance.

Alternatively, Organic could walk through the gates, enter the clubhouse and smoke cigars with the big boys.

Maybe inviting big agribusiness into the Organic market is our only hope of making substantial change.  Maybe it is only these companies− armed with fat wallets, hefty political influence, and and finely tuned marketing campaigns and distribution systems - that can affect real change before the clock runs out. While some say the master’s tools cannot dismantle the master’s house, in this particular case, I disagree.

History has shown us that agribusiness is extremely efficient at, and capable of, re-shaping and transforming the entire logic and structure of the food system. It has done this in the last half century. By this logic, what would happen if agribusiness chose to farm organically? If farming organically is seen as the only way for food production (and hence their businesses to stay in business) in the years ahead, the entire production model could be overthrown. Maybe, stemming purely from self-interest, agribusiness could fan the sparks of the organic production movement into a wildfire. They could do this with an intensity and organization that they have truly mastered. Welcoming ‘the enemy’ into the fold of sustainability is not without its risks. But letting multinational agribusiness dominate the organics sector offers some solid odds that are worth gambling on.

Maybe it is only these companies− armed with fat wallets, hefty political influence, and and finely tuned marketing campaigns and distribution systems - that can affect real change before the clock runs out.

Let us imagine some future point where 96 per cent of the products on grocery store shelves come from strictly organic production methods. Our battle for food system restructuring is not really any different in terms of the struggle against power, consolidation, control, exploitation and profit. But there is one major difference. The physical lands upon which our survival depends—the farms themselves - are not dying. The soils and water that sustain them, are no longer in immediate danger. We now have a truly global production system that is less environmentally degrading. Now, with our land safe behind fortified walls, we launch the real battle for food justice, equality and food sovereignty.

Common sense tells me it is wiser to launch a strategic offensive with a clear head; in this case when the stress of immediate annihilation is postponed/removed. I think we need Organics to make a reasoned−although probably not popular− political move to get us out of check, before check becomes checkmate.

Read Comments
Sliced
Sign up to receive a monthly edition of Sliced.
No spam. No artificial facts. Just food from every angle.

Organic
Think Outside A Box
When Categorizing food, a popular subset is Organic. Yet, in practice and principle, this is misguided.
Sam Van Ginkel
6/7/2018 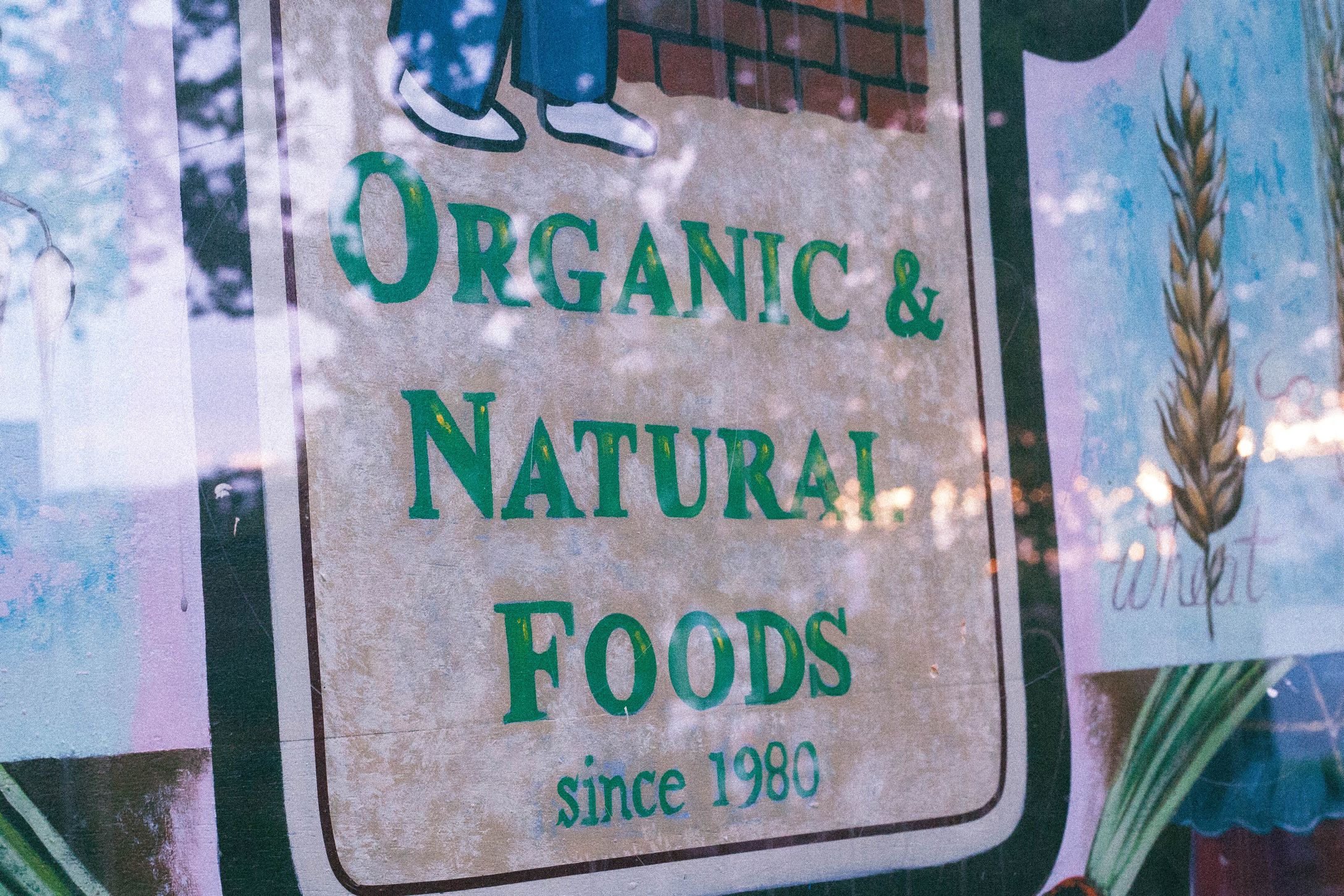