No items found.
Product is not available in this quantity.
Food Economics
A Tale of Two Labels
New labelling regulations drag America and Canada into a healthier envrironment
6/27/2017 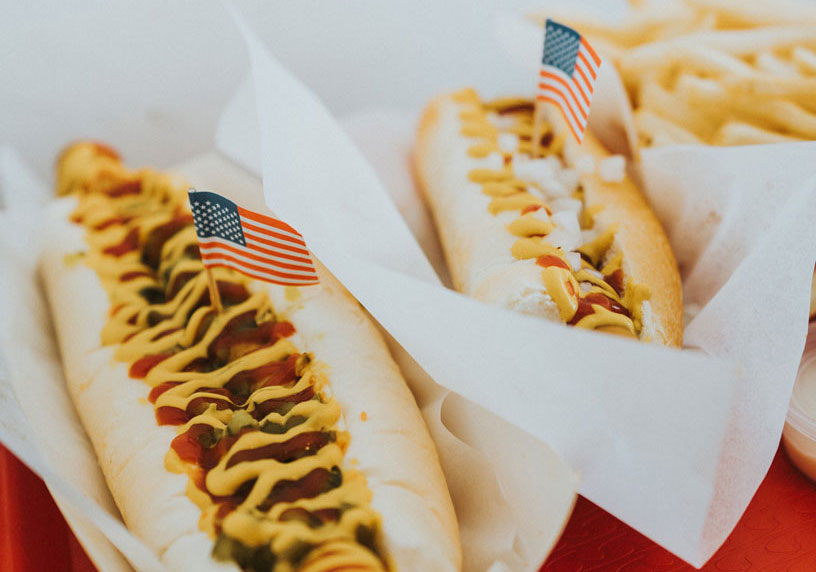 The U.S. Department of Agriculture will introduce new regulations next year that will alter how Genetically Modified Organisms (GMOs) are labelled. It’s been almost a year since the Obama Administration signed a bill that would require food and beverage companies to label if their products contain GMOs.

This bill, much like many other consequential matters in the US, has received little attention, thanks in no small part to the hoopla surrounding the Trump Administration. But this bill is a major departure from regulations of the past: it requires companies to place an on-package label, a symbol approved by the USDA, or a QR code that could easily navigate consumers to a webpage complete with full GMO details. Moreover, the bill nullifies all existing state laws as they pertain to food labelling, meaning that the Obama-sponsored bill presumably will be the law of the land come summer 2018.

For its part, Canada—while getting a good chuckle at its Southern neighbour’s ongoing predicaments—has faced its own regulatory hurdles, but the result was much different. Last month, a private members bill seeking similar GMO labelling on all products was resoundingly rejected by the house.

One of the major reasons for Bill C-291’s defeat was that it did not properly define the term “genetically modified”. While supporters of the bill suggested that the broad language provided latitude, detractors noted that the inexact definition left too much to whims of regulators.

Naturally, this GMO labelling matter brings up a whole slew of questions about the differences in labelling laws between the two neighbours. And so…

Instead of making different labelling for just one state, the likes of General Mills Inc., Campbell Soup Co. and even Kellog Canada decided to produce one standard label containing all the necessary information.

But this isn’t just about labelling for GMOs, even though upwards of 75 per cent of all food in the US contains genetically modified elements.

‍·      Increasing the type size for “Calories”, “servings per container”, and “serving size”, as well as bolding the actual number of calories and serving size

·      Footnote that better explains meaning of percent Daily Value: “The % Daily Value tells you how much a nutrient in a serving of food contributes to a daily diet. 2,000 calories a day is used for general nutrition advice”

Nutrition science has changed a great deal, so the FDA is making labelling consistent with the 2015-2020 Dietary Guidelines. New “Added Sugars” measurements in the form of grams and percent Daily Value will be required, since it is difficult to remain at your calorie limit if more than 10% of your calorie limit comes from added sugars.

In addition to calcium and iron, two new nutrients have been added to the required list: Vitamin D and potassium. Vitamins A and C will not be required, but can be included voluntarily.

The measure “calories from fat” is being removed, as the type of fat is considered more important than simply the amount. The measurements for “total fat”, “saturated fat”, and “trans fat” will continue to be required on labelling.

The shift to Daily Values continues with sodium, dietary fiber and vitamin D. This measure will make it easier for buyers to understand how much they should be consuming on any given day.

One of the major changes deals with serving sizes, which haven’t been updated since 1993. Serving sizes are based on the amount people are actually eating, as opposed to what they should be eating. Serving sizes will increase based on how much people are eating today. This is consistent with the size of packaging as well. Because most people consume a serving in a particular sitting, calories and nutrients will have to be labelled on that basis. The introduction of dual column serving sizes will make explicit the difference between “per serving” and “per package/unit”.

The grass is about as green

While Canada resoundingly rejected GMO labelling regulations, it has followed America’s lead on nutrition labelling. Final amendments were put forth in December 16, 2016, and will require companies to transition to the new regulations over a five-year period.

Much like the United States, serving sizes and calories are made more obvious to aid the consumer in making healthy choices. Percentage daily value of total sugars will also have to be included, and so will potassium. Nutrients like potassium, calcium, and iron will need to be disclosed in milligrams, while vitamins A and C will be removed. An explanatory footnote will indicate whether a set amount of sugar or sodium “is a little” or “is a lot” in order to better guide consumer buying habits.

Outside of important formatting changes that will make it easier for consumers to discern separate classes of ingredients, grouping of the same types of ingredients will be required. For example: Sugars (fancy molasses, brown sugar, sugar). Previously, ingredients could be listed sporadically, which could make it difficult to view and understand ingredient labels.

Serving sizes will also change to reflect the amount consumed in a single sitting. Consistency was the major reason for this change, as it would allow consumers to compare similar types of food. Single serving packages will reflect the amount in the container, while multi-serve will be based on the type of food e.g. foods that are measurable (cup, teaspoon, tablespoon), foods in pieces (number of pieces, fraction of total amount), and amount ordinarily consumed (slices). For the latter two, gram amounts will also have to be included.

New health claims can be made on packaging for fruits and vegetables. Consumers can expect claims to read: “A healthy diet rich in a variety of vegetables and fruit may help reduce the risk of heart disease”.

Skyrocketing rates of diabetes, the prevalence of obesity, and the threat of heart disease continue to plague both countries. Labelling is a step — albeit a small one — in the right direction. However, offering nutritional choices that are convenient and affordable will help make America and Canada healthier nations.