No items found.
Product is not available in this quantity.
Shellfish
A Game of Change
The allergy to shellfish, a fatal condition that affects thousands of Canadians, is over. Or so we hope.
Kevin Rey
4/17/2018 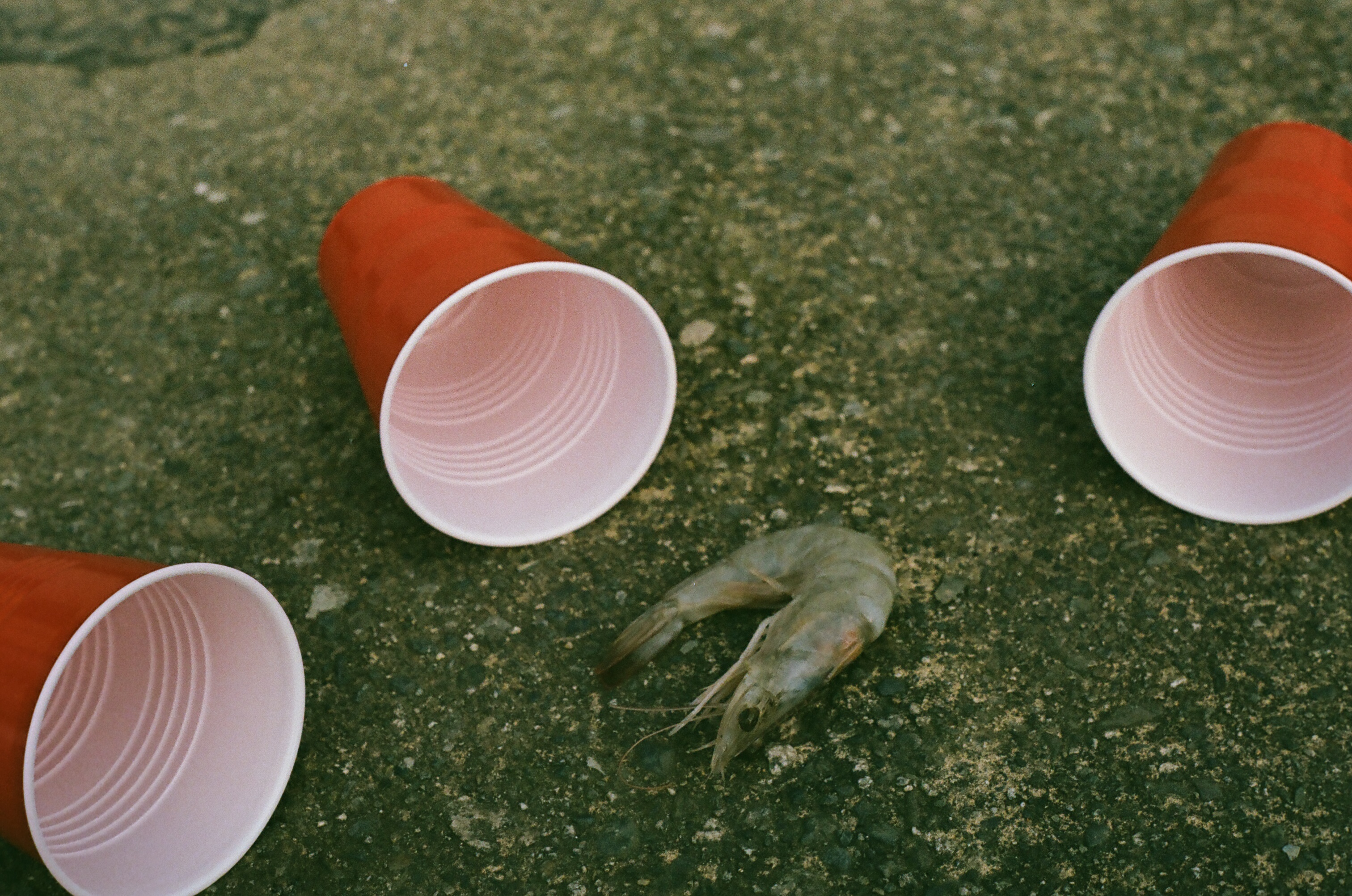 In 2016, in a dimly-lit tapas restaurant in Sherbrooke Quebec, a waiter served a highly allergic customer a salmon dish. Expecting beef tartare, the customer enthusiastically bit into the meal.

Allergic to all seafood and shellfish, the customer quickly entered anaphylactic shock. He was rushed to hospital and, after entering cardiac arrest, spent several days in a coma.

While the customer, Simon-Pierre Canuel, did recover from this experience, some do not. In 2015, a smoothie killed a young Queen’s University student and in 2012 a goodnight’s kiss resulted in the death of a 20-year-old Canadian woman allergic to peanuts.

While these fatal, or close to fatal, cases receive much media attention, the everyday reality of those who live with severe allergies does not receive much consideration. With shellfish recognized as one of the most common food allergens by Health Canada, to certain consumers, a shrimp that sneaks into an noodle dish is essentially a cyanide pill.

With shellfish recognized as one of the most common food allergens by Health Canada, to certain consumers, a shrimp that sneaks into an noodle dish is essentially a cyanide pill.

In reality, those who are highly allergic to certain types of food play a game of chance at every meal. And with the recent skyrocketing price of the Epipens in the United States and a shortage of the life saving treatment in Canada, the stakes only got higher.

Yet, this game of chance might be a thing of the past. Thanks to game-changing developments in the field of immunology, the future is promising.

Once shrouded in mystery, the basics of our immune system are coming to light. A complicated network of cells and blood vessels, the immune system is focused on recognizing potentially dangerous substances so they can be destroyed. When an immune cell comes into contact with something potentially dangerous, like a particular protein or sugar, it is picked up by specialized cells and they display the substance to other immune cells. The cells immediately enter into overdrive, producing proteins and other molecules  that call other immune cells - cells that will destroy the potentially destructive substance.

However, as all food is made of proteins and sugar, all food can be deemed dangerous by immune cells. From the perspective of a cell, there isn’t a reliable way to tell what is dangerous, and what is not.

In response, the body evolved to put up barriers between the immune system and food, and learned to take cues from the environment. These cues would determine whether a protein or sugar was dangerous. Tell tale signs were the following: Is the protein surrounded by the sugars that make up the wall of a bacteria? Probably dangerous. Is the protein simply floating around in a soup of vegetable fibre? Probably benign.

In our infancy, as our immune system develops, it learns to ask the above questions. It learns to recognize what is dangerous and what is not. It also remembers when it attacked something dangerous, and has memory cells that store the information so the immune system can respond faster in the future.

All of this being said, scientists still aren’t completely sure why the immune system demonizes certain foods. For example, why immune systems of certain individuals turn against shrimp remains a source of debate.

All of this being said, scientists still aren’t completely sure why the immune system demonizes certain foods. For example, why immune systems of certain individuals turn against shrimp remains a source of debate. The best evidence points to a certain proteins in the muscle of the shellfish - proteins that are also present in dust mites, an allergy that often runs alongside a shellfish allergy. However, scientists have yet to concretely settle on this hypothesis.

Currently, the treatments available for those with allergies are not practical nor empowering. The most common treatment for an allergy is a complete avoidance strategy, but this isn’t always feasible. For times when a shrimp does sneak it’s way into a meal, antihistamines are a band-aid solution that can curb the effects of an allergic reaction such as swelling, itchiness and hives. However, when faced with a severe, potentially fatal reaction, such as when the immune cells in the body cause the connections between the cells lining the walls of blood vessels to become leaky, antihistamines fall short. The only option in this case is epinephrine, a chemical cousin to adrenaline, which can effectively slam shut the gaps between the cells that line our blood vessels and stop the downward spiral of blood pressure. Yet, this method is time sensitive and only available in hospitals.

For those with allergies, eating remains a game of chance. These treatments merely manage the results, they do not change the stakes or eliminate the game altogether.

Despite these treatments, for those with allergies, eating remains a game of chance. These treatments merely manage the results, they do not change the stakes or eliminate the game altogether. But with renewed understanding of the immune system, research into gut bacteria is especially promising and could actually be game changing - completely altering the lives of those who live with allergies.

A new way of understanding food allergies started in 2008 when the American Academy of Pediatrics backtracked on a core principle in allergy treatment. Prior to this date, the organization advised delaying the exposure of common allergens to infants. Intuition told scientists that if the immune system was not exposed to a peanut, it could not develop an allergy towards it. But despite their best predictions, it looked like delaying exposure to allergens actually increased the development of allergies. There must have been some process at work that depended on being exposed to the food early in life, when the immune system was still developing.

At about the same time, scientists had also been learning about the invisible billions of microbes that coexist in our bodies. Our gut microbiome, which is made up of thousands of species of bacteria, viruses, and fungi, plays an incredibly important role in the development of our immune system and how we digest food. Species of bacteria produce vitamins for us and ferment the indigestible fibre in our food, and calm our immune system so that it doesn’t attack harmless bacteria.

Researchers in Melbourne, Australia hatched a plan to sneak in small amounts of allergen in the food during childhood to retrain the immune system to recognize it as benign rather than dangerous. This plan was inspired by the findings on gut bacteria, specifically that it can retrain our immune responses. By mixing tiny amounts of peanut protein with a bacteria that calmed the immune system, they reasoned that it might have a better chance of reprogramming the immune system. Immune cells would see the peanut protein, but since it is surrounded by the calming environment of ‘good’ bacteria, they wouldn’t respond and learn to see the peanut protein as harmless.

The study took a group of young children allergic to peanuts and fed them a mixture of the bacteria L. rhamnosus and small amounts of peanut protein. They were given the formulation daily for 18 months and were re-tested to check their allergy. The result? Almost 90 per cent of the treatment group were desensitized to peanuts.  For the majority of those children, this substantial reduction in their peanut allergy remained four years later. The small benefit of decreasing the severity of their reactions would save lives if reproduced on a large scale, and the fact that the benefit is maintained without treatment is unprecedented. The results of this study point to the incredible potential for gut bacteria to change immune responses and be used as effective treatment to reverse disorders that had no effective treatment.

While there is no shortage of medicine or science reporting that throws the “c” word (“cure”) around carelessly, nevertheless, at this point, there is some clickbait worthy news in the field of allergies. Since allergies are so dangerous in young children, it may be another decade before we see a standard treatment for infants, but there are many signs that point to a fundamental shift in how we encounter allergies in our lifetime.

In a relatively short time, tragically needless deaths from kitchen mess-ups, careless waiters and goodnight kisses might be a thing of the past.