No items found.
Product is not available in this quantity.
Chocolate
1 Astounding Reason You Shouldn’t Trust Clickbait Headlines on Chocolate!
Number one will blow your mind! We promise.
Graeme Carey
3/16/2018 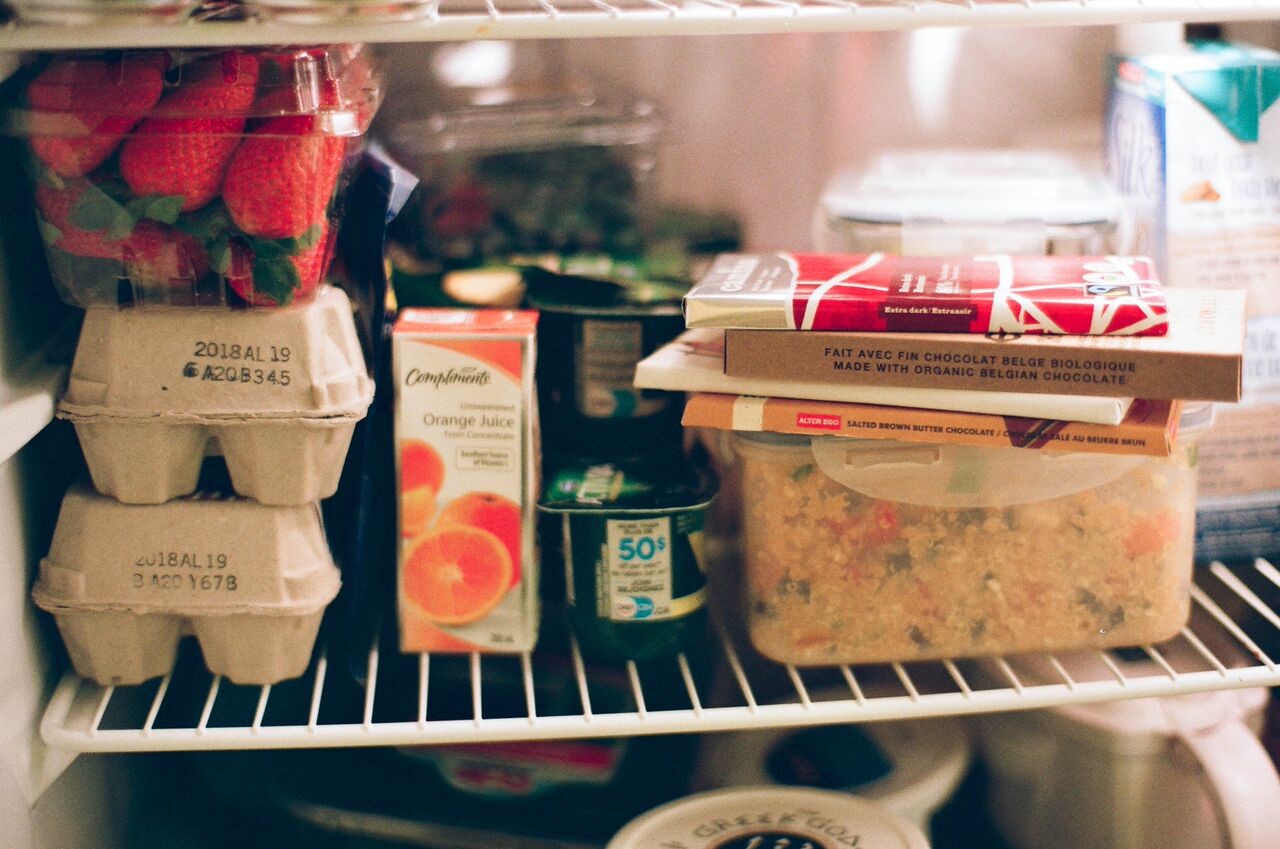 “Chocolate is more than romantic - it’s good for the heart"

Clickbait headlines pushed out by media outlets sell us a simple, watered-down ‘truth’: Chocolate - your favourite guilty pleasure - is not so guilty after all.

However, there are also those in health sciences that dispute this verdict.

So, when the hammer comes down, what’s the judgement? Is chocolate a sinful delight? Or is it, as the confection-manufacturing defense would have you believe, a “health food,” worthy of being in the same category as avocados and kale?

While the study did contain a caveat that endorsed moderation when consuming chocolate and also endorsed a healthy diet  rich in necessary food groups, it is nevertheless one study that touts the health benefits of our favourite confectionery.

So, when the hammer comes down, what’s the judgement? Is chocolate a sinful delight? Or is it, as the confection-manufacturing defense would have you believe, a “health food,” worthy of being in the same category as avocados and kale?

The claim that flavonoid-rich dark chocolate could help with heart health was reaffirmed in a study published in 2015 in the medical journal Heart. According to researchers in England who examined roughly 21,000 people, “middle-aged and older adults who eat up to 3.5 ounces of chocolate a day (that’s more than two standard Hershey bars) seem to have lower rates of heart disease than those who spurn chocolate.”

Again, however, the study came with a caveat. “I won’t be writing any prescriptions for chocolate in the foreseeable future," said Dr. Howard LeWine in Harvard Health Publishing. While LeWine doesn’t discourage people from eating chocolate—especially dark chocolate, and in moderation—he warns “we don’t yet know enough to put eating chocolate on a par with eating fruits, vegetables, and whole grains.”

While these studies contain caveats endorsing moderation and trepidation when approaching this research, other studies are not so cautious.

Studies have also credited chocolate with improving brain function, improving vision, and protecting skin. As a cherry on the top, one study even claimed that chocolate can cure cancer - as is reported in the Independent and Huffington Post.

One tiny study out of Italy even claimed eating dark chocolate could help reduce the risk for diabetes by increasing insulin sensitivity. The problem, like most of these studies, is that the results were far from conclusive. To arrive at their conclusion, researchers followed 15 subjects over 15 days as they ate 100g dark chocolate bars, hardly an exhaustive analysis.

Yet, popular media, such as the Independent and Huffington Post, report on these studies with a concerning degree of certainty and enthusiasm void of skepticism and nuance. For example, consider the headline “Chocolate is healthy, prevents diabetes, improves thinking and keeps you skinny, scientists say,” from the National Post.

Yet, popular media, such as the Independent and Huffington Post, report on these studies with a concerning degree of certainty and enthusiasm void of skepticism and nuance.

These headlines originate from a clickbait culture whereby today’s news increasingly prioritizes entertainment value over quality journalism, and scientific studies make for great headlines, regardless of the validity of the science behind them.

In a segment for Last Week Tonight, John Oliver poked fun at the media’s obsession with scientific studies —or what he calls “bullshit masquerading as science”—by pointing out some of the more ridiculous headlines, like when TIME ran an article entitled, “Scientists Say Smelling Farts Might Prevent Cancer” (TIME has since changed the title and added a correction that reads, “An earlier version of this article incorrectly summarized the findings and implications of this study”).

In their haste to report on new studies, these media outlets often neglect to consider the details, such as sample size, duration of the study, or the distinction between dark chocolate and milk chocolate. This leaves a less informed and disenfranchised public.

These headlines originate from a clickbait culture whereby today’s news increasingly prioritizes entertainment value over quality journalism, and scientific studies make for great headlines, regardless of the validity of the science behind them.

Even before the media misrepresents scientific findings, the studies themselves have to be brought into question. As Oliver notes, press releases put out by scientific bodies sometimes exaggerate results to make them seem more interesting, and many studies are sponsored or funded by companies within the food industry.

As VOX reported, chocolate manufacturers such as Mars, Nestlé, and Hershey’s “have poured millions of dollars into scientific studies and research grants that support cocoa science.” Mars, maker of the Mars bar, Twix, and Snickers, even has its own “Center for Cocoa Health Science,” the goal of which is “to pioneer and share the data and outcomes of leading scientific research to help advance the understanding of cocoa flavanols and their potential health benefits for the purpose of improving human health.” After analyzing 100 studies funded or supported by Mars, VOX found, unsurprisingly, that 98 per cent returned favourable results, while only two per cent were negative or neutral.

Further, Registered Dietician Kirstie Bylenga warns not to put too much weight into individual studies.

“It’s important to note that academic research is not designed to be used as public health advice,” she says. “Science is complex, and no individual study is enough to make any drastic life change.”

For anyone who is curious about the nutritional value of a particular food, Bylenga recommends that they seek out multiple opinions, including from experts such as dieticians.

“It’s important to note that academic research is not designed to be used as public health advice,” she says. “Science is complex, and no individual study is enough to make any drastic life change.”

“We’re trained to analyze scientific studies, keep up with new research, and translate that into useful information,” Bylenga said.

So, what is the expert’s verdict on chocolate? Is it guilty or not guilty? The answer is a little of a both.

“There are definitely benefits to eating foods that are rich in antioxidants, but the whole is bigger than the sum of its parts when it comes to nutrition,” says Bylenga. “It’s very hard to see how individual food components (like flavonoids in chocolate) affect us because we eat food, not nutrients.”

As much as we’d like to believe that chocolate is good for us, there’s simply not enough evidence to support this statement. In fact, for every study on the positives of eating chocolate, there’s one on the negatives. It has even been linked to many of the health concerns some scientists claim it prevents, including weight gain, diabetes, and heart disease, especially when consumed in excess. And while dark chocolate is considered a healthier alternative to milk chocolate, it can still contain high amounts of sugar and saturated fats.

That’s not to say that the negative studies are necessarily true, but it proves that there’s a study for everything, an unfortunate truth that led influential Today Show co-host Al Roker to comment “I think the way to live your life is you find the study that sounds best to you and you go with that.”

That’s not to say that the negative studies are necessarily true, but it proves that there’s a study for everything.

Rather than focus on individual foods, Bylenga stresses the importance of a well-rounded diet.

“No food on its own is necessarily ‘healthy’ or ‘unhealthy,’” she says. “It’s more important to focus on having a healthy relationship with food and then shifting your focus to look at the big picture of nutrition to make sure things are looking balanced over the course of a couple days rather than assessing any individual food or meal.”

Still, that doesn’t mean we can’t enjoy chocolate from time to time.

“It’s important to remember the other benefits of eating, such as taste and satisfaction,” Bylenga says. “So don’t let a study on dark chocolate ruin Kit-Kats as your favourite chocolate bar.”